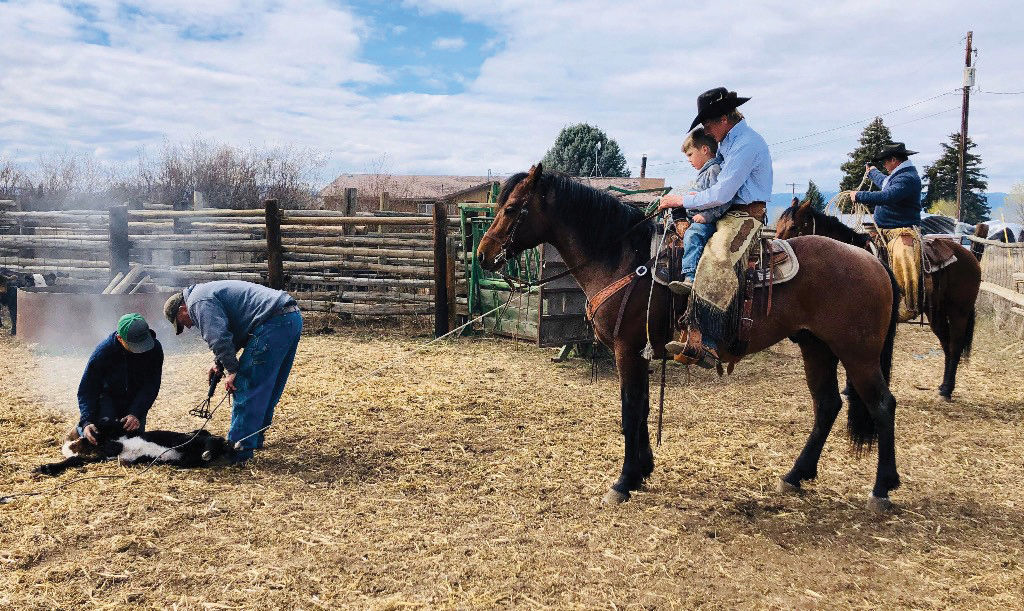 SPRINGTIME BRANDING OPERATIONS — Three-year-old Caisen Peterson sits in the saddle with his uncle Dakota Beck as they keep a tight rope on the calf’s hind legs and apply a hot brand for Bobby Wiersma and Lindel Hobbs’ cattle in Wenatchee on May 1. 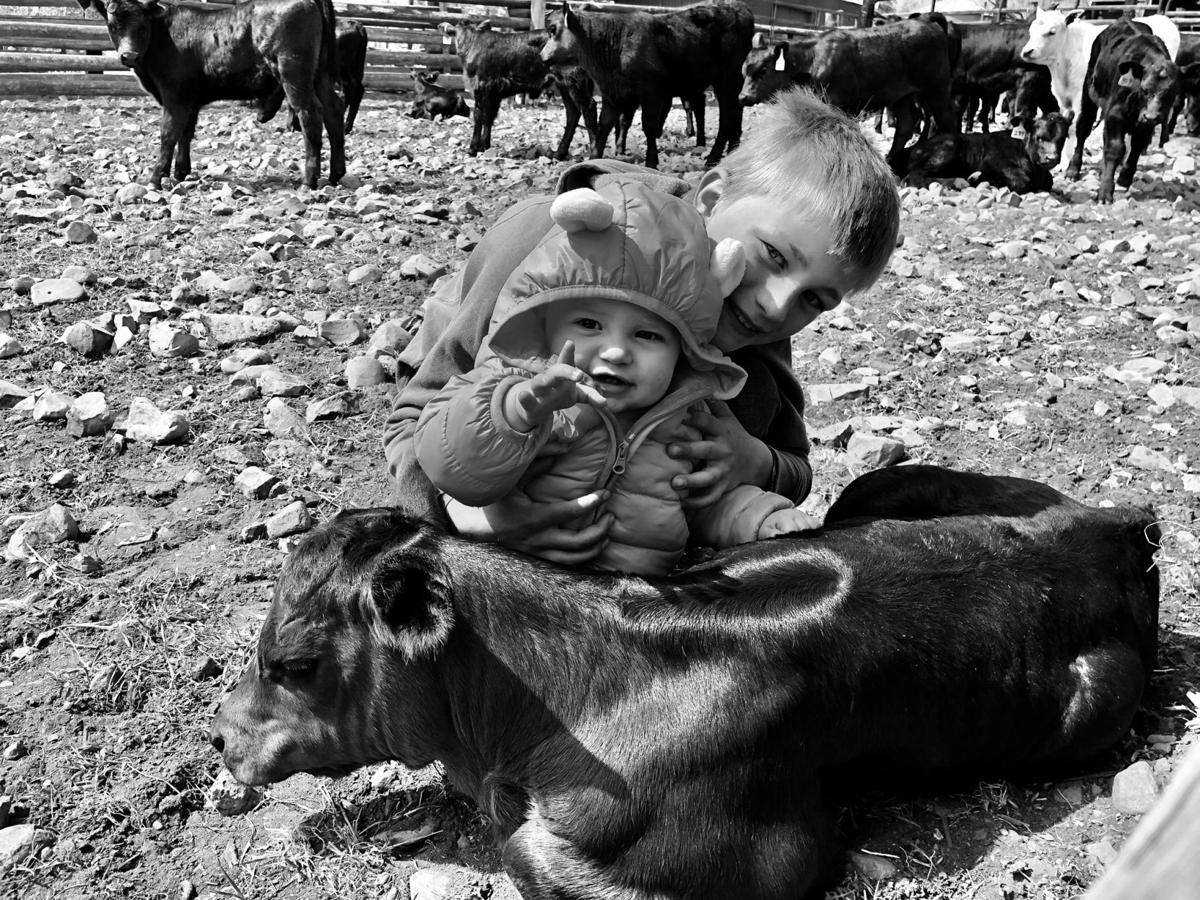 SPRINGTIME BRANDING OPERATIONS — Three-year-old Caisen Peterson sits in the saddle with his uncle Dakota Beck as they keep a tight rope on the calf’s hind legs and apply a hot brand for Bobby Wiersma and Lindel Hobbs’ cattle in Wenatchee on May 1.

GRANGER — Recalling the first time she took part in the branding of a calf at five-years-old, Haley Brown acknowledged how that moment made an enduring impression upon her and ever since then, the ranch hand has been drawn toward providing steadfast care for livestock and the free range lifestyle it empowers.

Last year, the wrangler was pregnant with her first child, which could not keep her out of the saddle and performing a wide range of cowgirl duties — a springtime rite of ranching tradition as nursing mothers are separated from their lively calves.

“Those little ones, we let the kids wrestle,” Brown candidly described following a recent weekend of branding. “I cornered this little baby calf for one of our friend’s sons and he roped it all by himself.”

She explained how they dragged the spirited calf by foot over to the branding area and recognized just how much fun the kids were having, which reminded her about the importance of hands-on family time. “I think that’s the biggest part — the lifestyle aspect of it for me.”

Having been raised on a ranch in Prosser, Brown was on a horse from the time she could sit in the saddle by herself. Her dad taught her to ride and he imparted a western mystique which she grasped onto like a well-crafted set of reins.

The naturally skilled equestrian remembered throughout middle school and high school, friends routinely asked her what she was doing on the weekend. She would inform them they were going branding. “If any of my friends wanted to go or whatever, I mean we were filled all the time.”

Springtime marks the start of branding calves which normally range in age from one to three months, and sometimes up to a half year old. From March through May, crews are usually comprised of less than 10 members, and this year, they have adjusted their outdoor operations to comply with physical distancing mandates, Brown conveyed.

“Growing up, I was always on the ground crew,” the handler expressed while describing how a cowboy on horseback ropes the calf’s hind feet and pulls it over to the fire where the branding crew is set up. “We have all the vaccinations ready to give the calf and when we have it down, we can get everything done at once.”

To keep the calf under control, a second cowboy lassos the front legs and passes the rope down to a person on the ground. The crewmember pulls on the rope and stretches out the 60 to 200-pound calf. This method requires fewer hands to hold it down while resulting in less stress for the animal, she added.

An ownership brand is applied to help protect the herd from theft and establishes the company’s brand for quality. Vaccinations are also administered, and medical information recorded for each tagged animal.

The documentation is crucial when the cow is brought to the feed lot, around the time they are about a year old and weigh between 750 to 1,000 pounds.

Bovines at the Granger feed lot, which is owned by Agri Beef will receive supplementary growth hormones and antibiotics to increase their weight to about 1,400 lbs., prior to processing at Washington Beef.

Ranching has been in the lower valley native’s blood since childhood and her open range ambitions were also guided by tending to the well-being of raising livestock and creating life‑long family bonds.

“I’ll rope and drag the calves to the fire with everybody else,” Brown stated, who has a nine-month old baby girl of her own named Bucklee Beck. “The other day, I roped and branded for most of the day and then got off my horse and I went and played with the kids.”