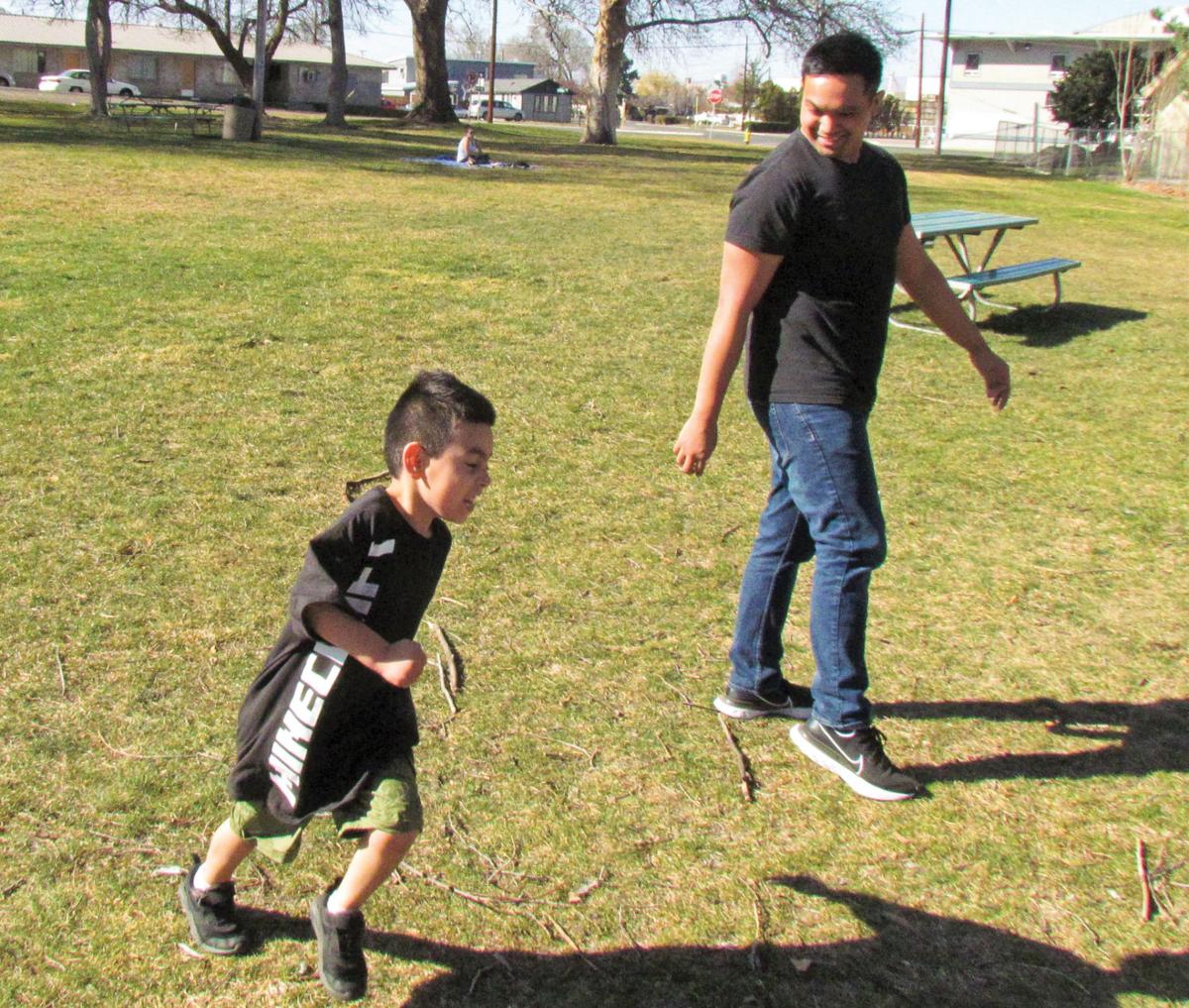 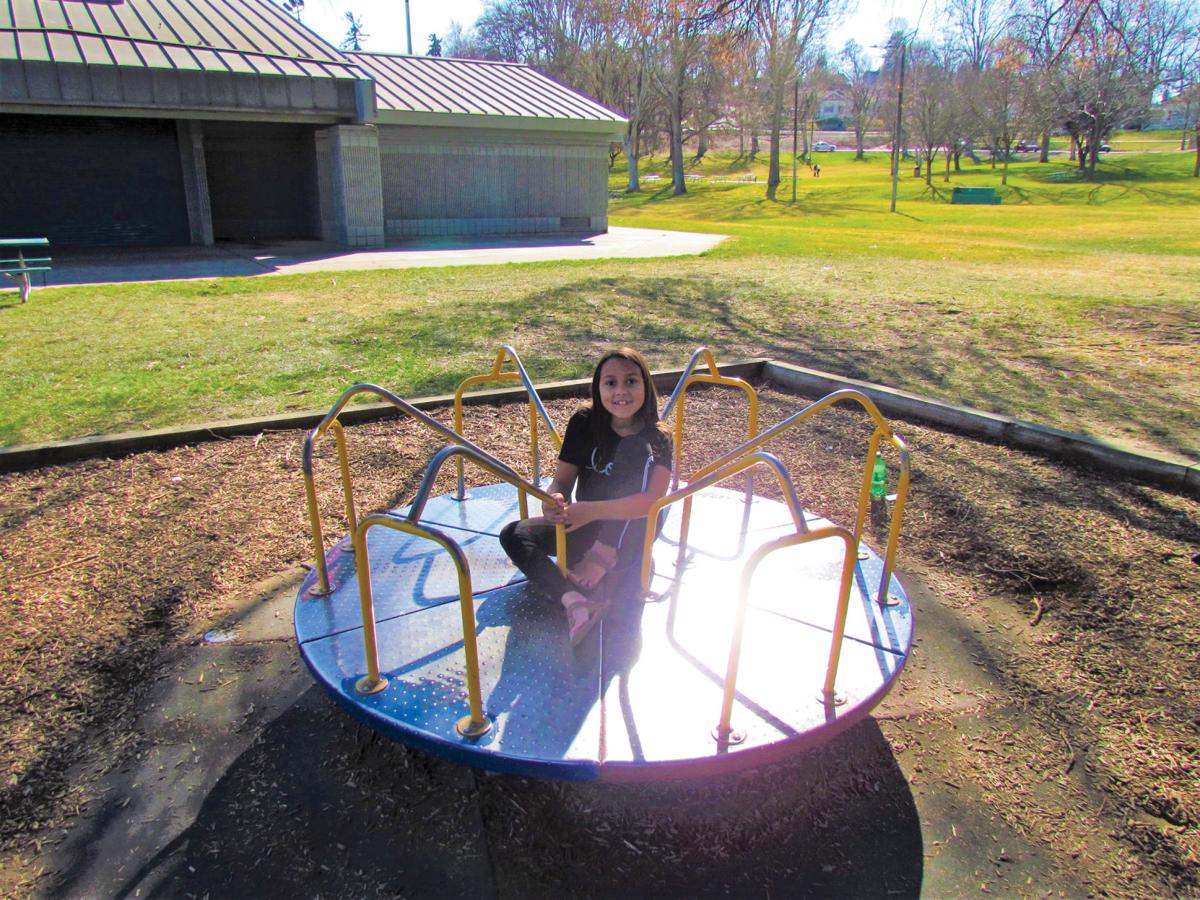 MERRY EMILY — Calif. visitor, 9-year-old Emily Aragon, takes a spin on the merry-go-round at Central Park on March 18 as she and her father play music on their speaker. 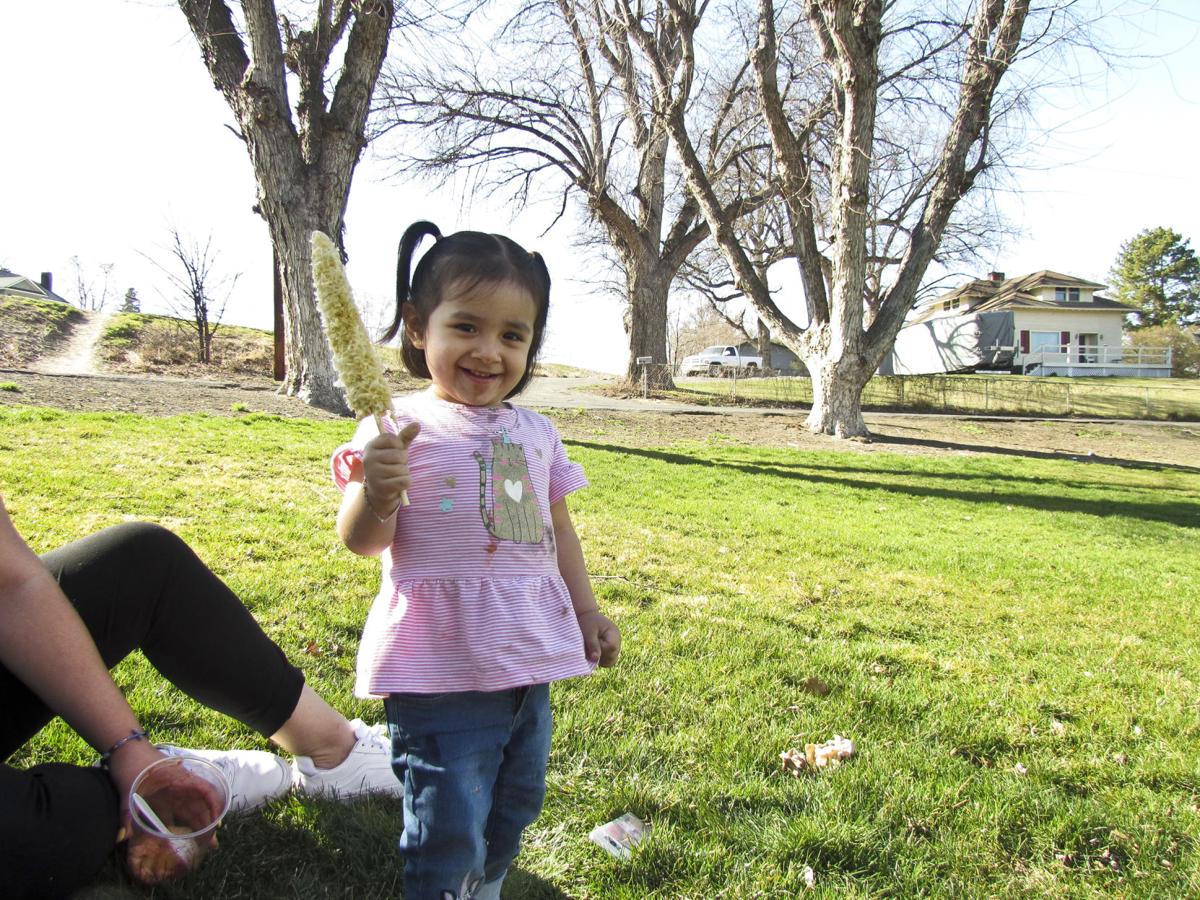 KERNELS OF JOY — Sofia Lopez, 2, was eating an elote with her mother Maria Lopez on a grassy knoll at Central Park.

MERRY EMILY — Calif. visitor, 9-year-old Emily Aragon, takes a spin on the merry-go-round at Central Park on March 18 as she and her father play music on their speaker.

KERNELS OF JOY — Sofia Lopez, 2, was eating an elote with her mother Maria Lopez on a grassy knoll at Central Park.

SUNNYSIDE — A Bob Marley song list was being played on a small speaker in the park while small groups of families played at the park on Wednesday, March 18.

Social distancing and home isolation have been encouraged since the state mandated school closures which subsequently resulted in business closures. Families who appeared to have needed a sense of normalcy braved the outside world and enjoyed some sunshine.

Family members were sitting at picnic tables eating fruit cups and elotes (corn with mayonnaise and goat cheese on a stick) and some were just hanging out with their kids to get a breath of fresh air.

One such family was Angie Rodriguez of Sunnyside with her partner Chris Manalastas of Richland and her son Andrey “Dre” Valencia.

The unexpected closures resulted in Rodriguez and Manalastas to look for unemployment benefits. “It’s a stressful time because of bills, so we’re trying,” she admitted.

“We were tired of being stuck inside and it’s a really lovely day,” she smiled as Manalastas played catch with Valencia.

Also enjoying the park was 9-year-old Emily Aragon from Calif. She and her father were visiting family in Sunnyside when the news broke out about school and business closures.

The 3rd grade visitor was in her first week of spring break from Monterey Elementary, but it had been extended for two more weeks since arriving in Sunnyside.

“I’m sad about school being closed,” Aragon revealed. However, she was enjoying the sunshine as her father played Bob Marley’s “One Love,” a song of hope during these uncertain times.