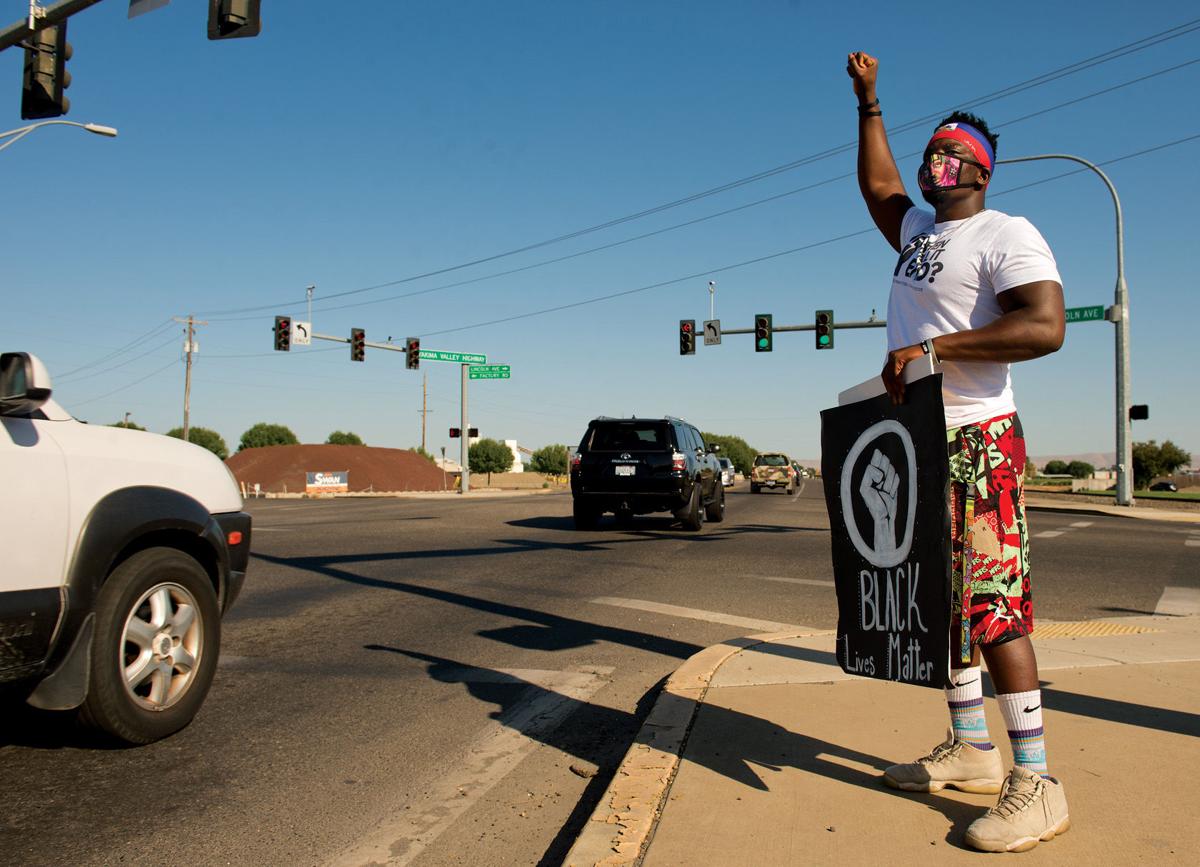 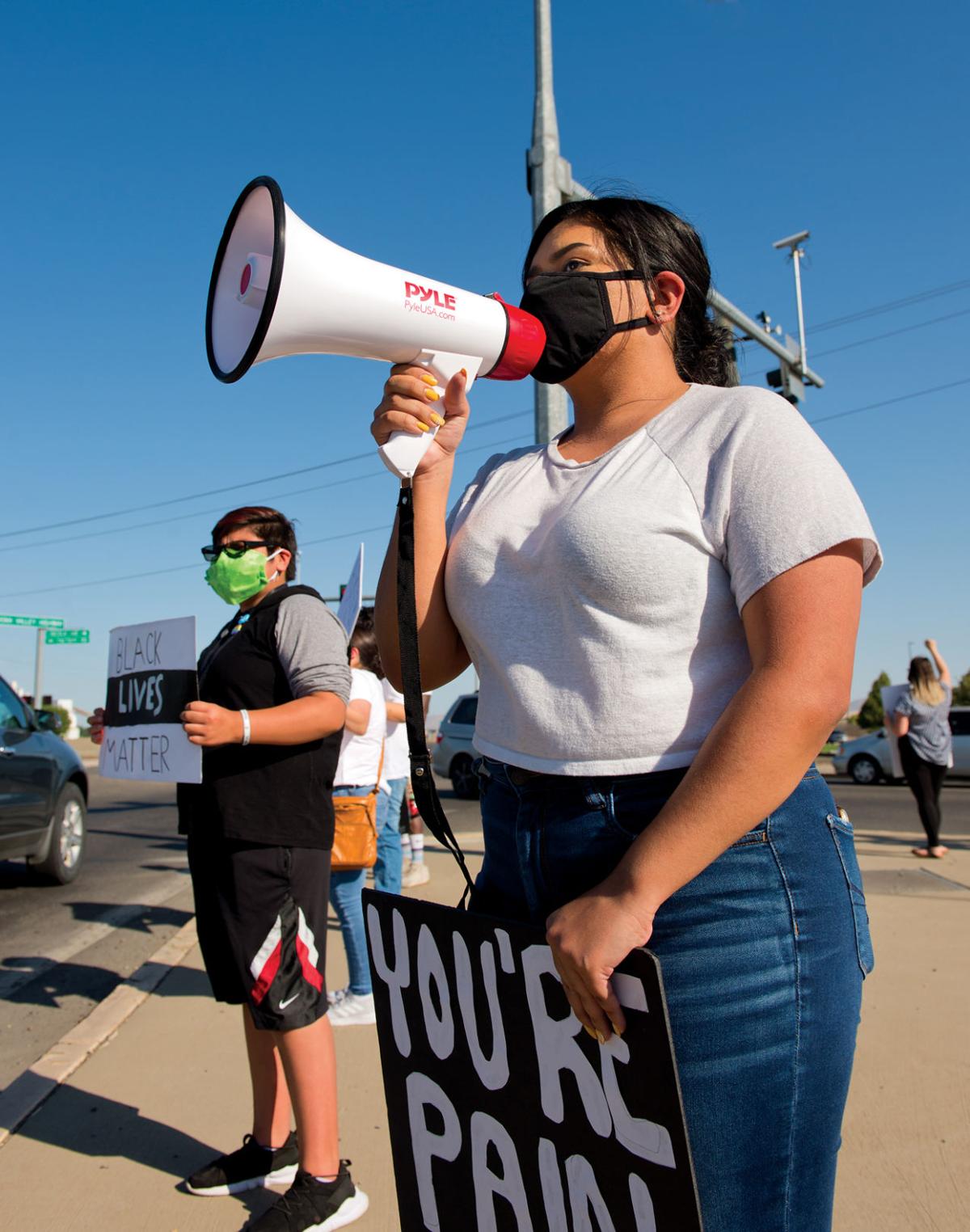 PEACEFUL MESSAGE FOR UNITY — SHS Class of 2016 Areli Ruiz voices her support while she delivers a uniting message for change during the Same Day Peaceful Protest program taking place in Sunnyside, Grandview and Prosser Friday evening. 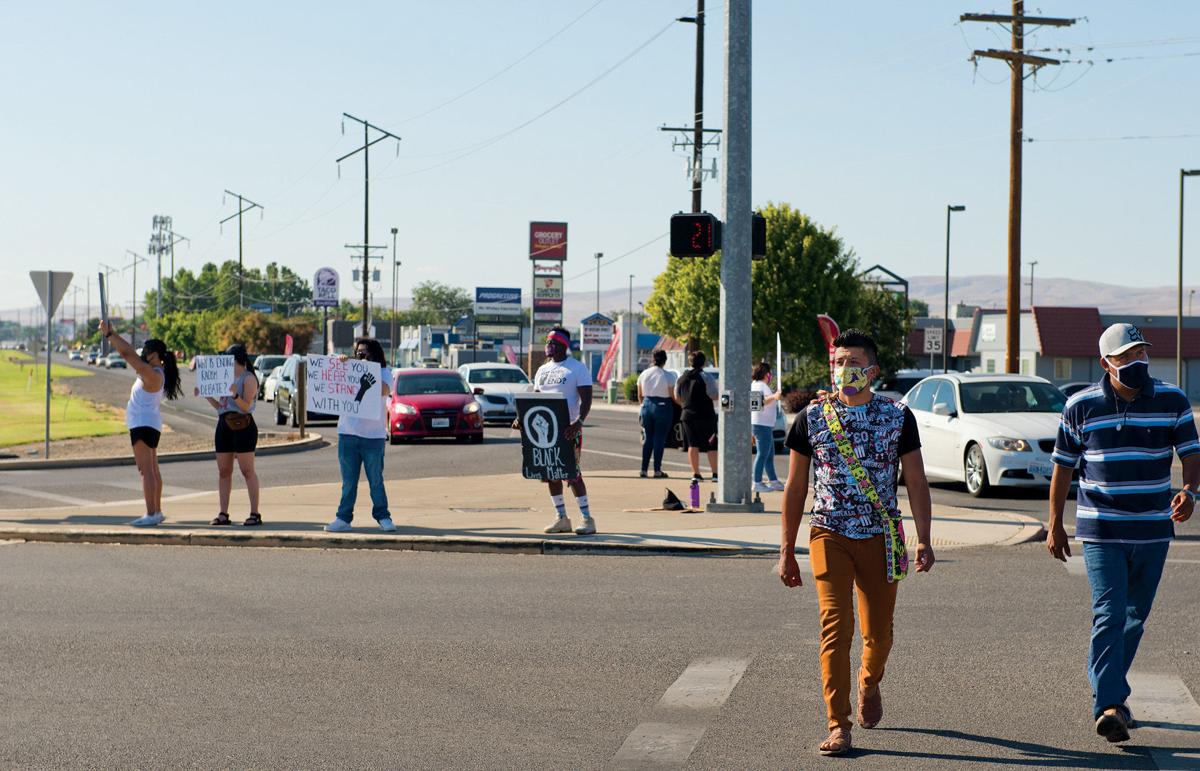 PEACEFUL MESSAGE FOR UNITY — SHS Class of 2016 Areli Ruiz voices her support while she delivers a uniting message for change during the Same Day Peaceful Protest program taking place in Sunnyside, Grandview and Prosser Friday evening.

As part of the Same Day Peaceful Protest program taking place in Grandview and Prosser, the early evening demonstration on the traffic signal island communicated the theme for carrying on the public discussion.

Sunnyside High School Class of 2014 Ryan Yonel White, who resides in Richland and has been very active in the Tri-Cities demonstrations, returned home to help with the continued efforts in delivering a united message for change.

“I was not really the type to be outspoken. I was like back of the classroom, don’t want to be looked at, don’t want to talk. But something about just what this movement is about makes it all come naturally for me. So, it’s been empowering and helped me feel like I belong,” White conveyed.

The 24-year-old said he felt it was their job as young people to be the ones to raise awareness and make a difference or it won’t get done. He believes it’s not as bad in Sunnyside like in other small towns who really need to alter their older generation mindset.

White has been surprised by a lack of understanding about the issues even in the larger City of Richland. “… It’s been wild to see how little people want to believe that it’s still happening.”

Prior to attending college, Class of 2016 Sunnyside alum Areli Ruiz described how oblivious she was about the social inequalities people were experiencing and now having been outside of her hometown, the aspiring educator said those issues can no longer be swept underneath the rug.

“… I’ve learned a lot from just being around a variety of different people and hearing their stories. As beautiful as Sunnyside is, we don’t have the same level of diversity,” Ruiz explained as she never envisioned herself as an outspoken person.

She pointed out that the organized group was not only trying to expand the community’s consciousness about the black community but also other issues of racial injustices and equality issues which need to be addressed.

“… These issues are something that shouldn’t be held onto anymore. There’s something so powerful about people finding their voice and willingness to speak up,” Ruiz adamantly expressed.