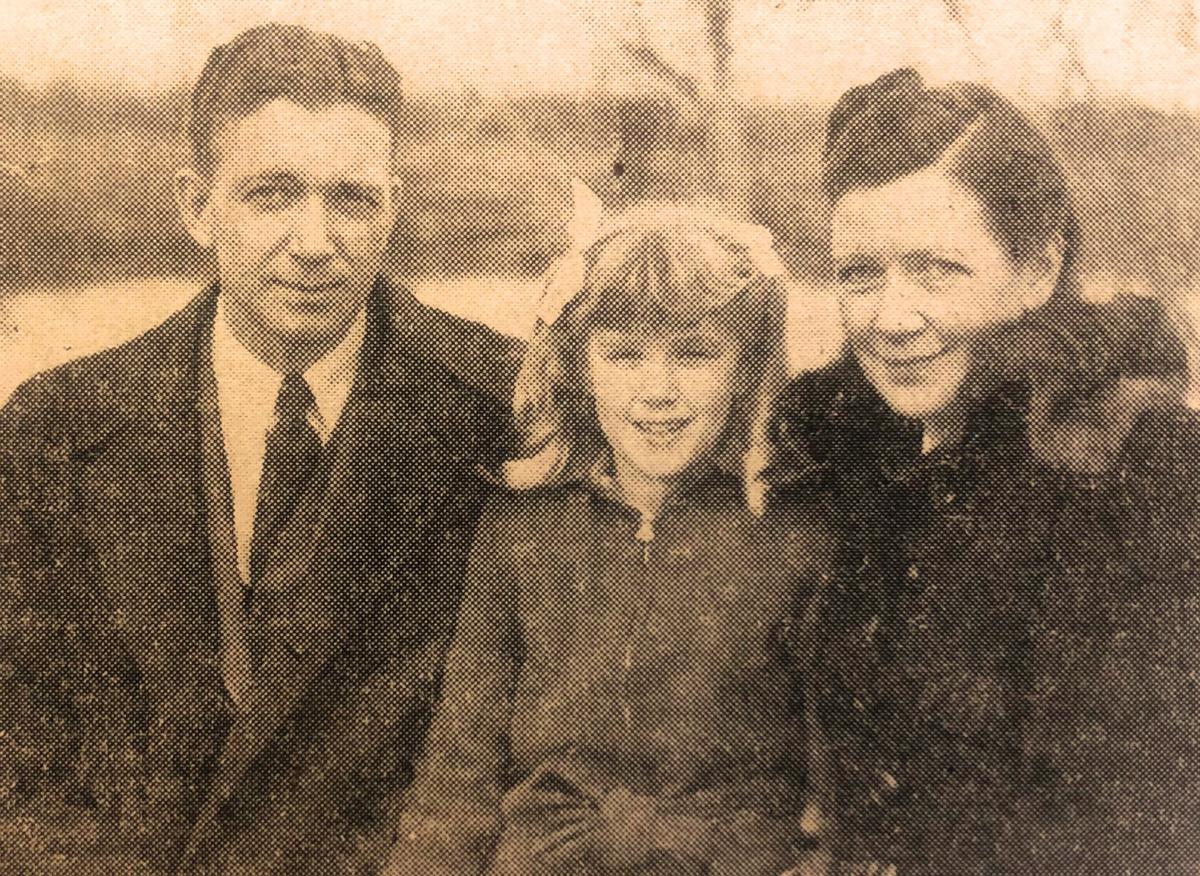 Feb. 6, 1941; NEW DOCTOR FAMILY — Dr. and Mrs. W.W. Collins and their daughter, Nancy Marguerite are welcomed on the front page after they relocated from Ellensburg. Dr. Collins recently purchased the practice of the late Dr. Delta Rowland and occupies the same office. 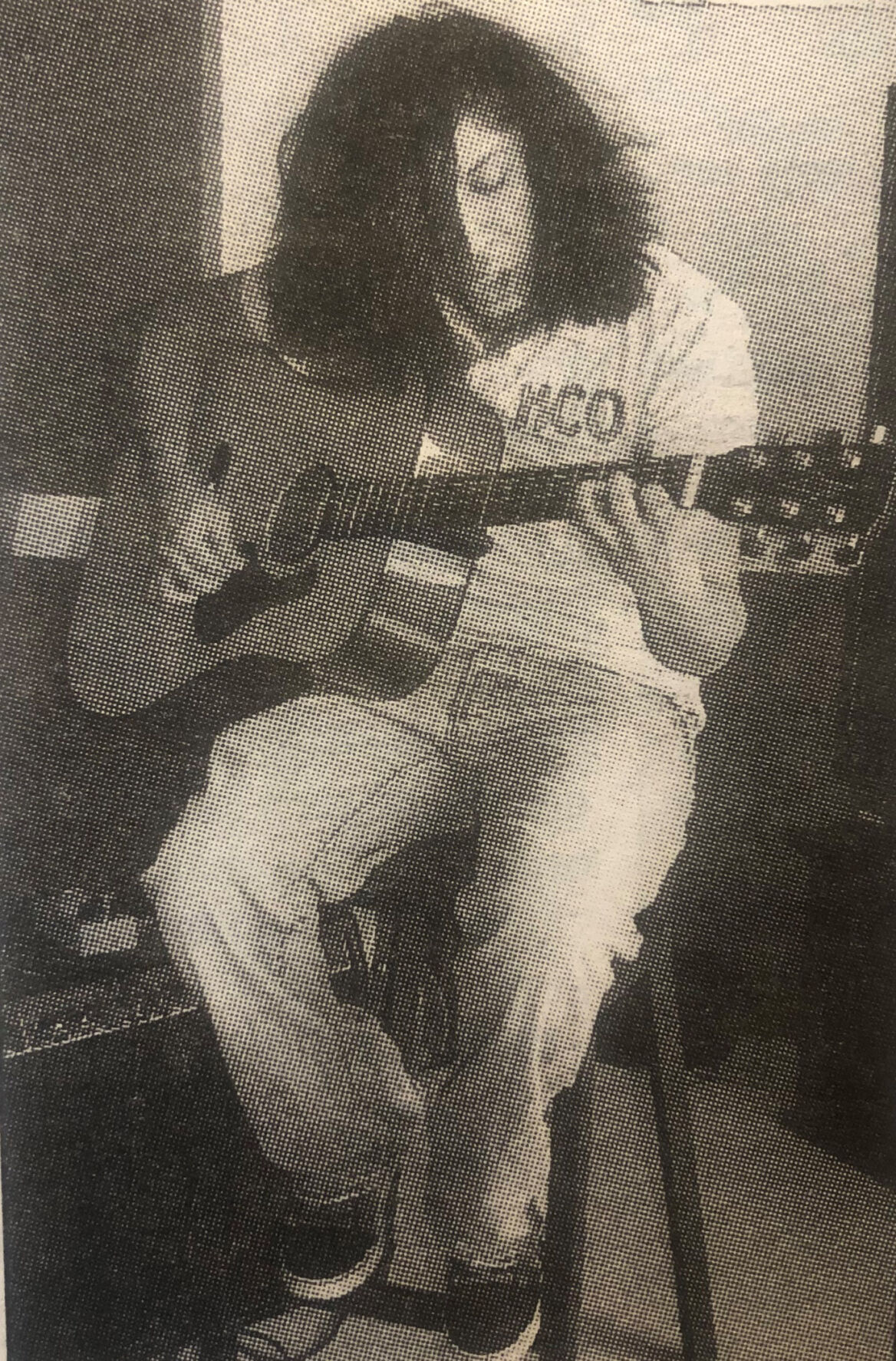 Feb. 6, 1941; NEW DOCTOR FAMILY — Dr. and Mrs. W.W. Collins and their daughter, Nancy Marguerite are welcomed on the front page after they relocated from Ellensburg. Dr. Collins recently purchased the practice of the late Dr. Delta Rowland and occupies the same office.

Glancing back through the Sunnyside Sun pages, here is sampling of the stories published in past 100 years reflecting everything that made the Sun – the original voice of the community.

Feb. 2, 1911 – One of the really big things in the history of Sunnyside was the Business Men’s Banquet at the Planter’s Hotel last Friday evening. There were over 150 present and from the very moment toastmaster Johnson took the assembly in hand, it was one big continuous success until the last enthusiastic man had subscribed to the publicity fund.

Feb. 3, 1921 – In this week’s issue, we are publishing the opinions of several other farmers and businessmen relative to the continuance of the State Fair at Yakima. This subject is one that is attracting a great deal of attention from people in all sections of the state.

I am not in favor of the State Fair going on as it has in the past and would favor any scheme that would place it where it would serve the public as a whole. A State Fair should be a State Fair and not a gambling den, and if it cannot be run as a fair, I am in favor of closing — E. E. Ferson.

I would dislike very much to see our State Fair discontinued or moved to another part of the state —C. Speck.

This afternoon Dean Johnson of the Washington Sate College and C.B. Cogian, county agent, are meeting with local farmers in the interest of the Farm Bureau organization. This meeting is to pave the way for the organization of such a bureau in this vicinity and next Monday will open a week’s drive for members.

It was the accepted opinion, generally, that butterfat could not continue to be cheaper than axel grease very long.

Chris Van Belle seemed to get a “kick” out of telling the story, that for the first time in the history of the Yakima Valley, butterfat was priced below the cost of axel grease. It was a fact, nevertheless.

The frisky little lambs will soon be seen on many farms in this section of the Yakima Valley.

Lambs have already made their appearance at the Fleming & Hubbard ranch and also at the H.C. Davis farm. Sam Stewart and A.P. Peterson are also getting things ready for the “frisky” youngsters.

“Hot House Lambs,” as these early animals are generally known, have proved their worth in the Sunnyside district. There is generally a ready demand for them on the Chicago market in June and July.

Feb. 6, 1941 – Dr. and Mrs. W.W. Collins and their daughter, Nancy Marguerite are pictured (on the front page) above. Dr. Collins recently purchased the practice of the late Dr. Delta Rowland.

Friday night, Feb. 7, marks the second appearance in history of the Harlem Globe Trotter basketball team in Sunnyside, when they tackle the town hoop five in the local gym at 8 o’clock.

Feb. 2, 1961 – Salad type hot house cucumbers will be grown in a new enterprise in Sunnyside. The hot houses are on the same land as the Sunny Roza Produce warehouse, just a mile east of Sunnyside.

Do you favor Sunday liquor?

Your opinion is wanted by your elected representatives in the State Legislature in Olympia.

Music in the continental manner will be presented by the Sunnyside Senior High School during a coffee Cup Concert planned for Thursday, Feb. 9 at 8 p.m. in the high school gym.

Gemuetlichkeit will reign over the tables where the listeners will sip coffee and eat cake while listening to the band and vocal groups perform.

Leland Pulley, who was the first scout to earn his Eagle Badge from Post 35 was also honored.

Richard Burke of Troop 34 will receive his eagle badge on Monday.

Feb. 4, 1971 – Farm union legislation which would set guidelines under which farm workers can organize is already shaping up as one of the hottest fights in the current legislative session with farm-oriented groups and labor retreating to opposite corners, reports State Representative Irving Newhouse.

Mollie Grant had a “B” average when she graduated from Sunnyside High School, but because of financial problems she never thought she’d get to go to college.

Now, she is a freshman at the University of Washington with a tuition scholarship from the Education Opportunity Program (EOP), which offers financial aid and tutoring services to minority and other economically disadvantaged students.

More than 80% of those who have answered a Chamber of Commerce survey on airport use and development are in favor of more and better air service to and from Sunnyside. They would also like to see airport land, owned by the city used for industrial development if the chance presented itself.

That particular possibility was among the five options presented to the Sunnyside school board at its regular meeting Thursday, Jan. 29.

“The situation is so serious, we must take some kind of drastic action…and now,” said Sunnyside School Superintendent Jack Middleton.

The Sunnyside Police Dept., acting on an anonymous tip, suspected a shipment of dope was to arrive in Sunnyside via a Greyhound Bus. They requested the use of the County Sheriff’s Dept. Canine Service to help identify the package when it showed up.

“It worked like a charm,” Sunnyside Police Chief Al Tebaldi said. “The specially trained dog, Gretchen, went straight to work and indicated where it was...”

Feb. 4, 1991 – In a telephone interview from Olympia with the Daily Sun News, Rep. Barbara Lisk, R. Zillah, representing the 15th District, said she was annoyed with the Speaker of House because the (major package of labor) legislation would hurt farmers and small businesspeople.

Lee Perez was denied a fourth consecutive individual title, but that didn’t deter the rest of the Grizzlies from claiming their second straight team championship at the ‘AA’ district wrestling tournament in Sunnyside last Saturday.

The Grizzlies used the individual titles earned by Gilbert Borrego (108) and David Weddle (129) to spark them to yet another district crown. Yet, it was tremendous team depth that got Sunnyside its second straight district title and eighth district championship in the last 10 years.

“…the (USDA) Department has already responded to my request to quickly begin getting apple assistance funds into the hands of orchardists,” Hastings said.

Feb. 7, 2011 – The Civil Air Patrol members and cadets are not accustomed to being the center of attention, yet they had no choice but to take a bow last Wednesday as the Washington State Senate took time to salute the history and service of the Civil Air Patrol and its Washington state wing.

It was all Sunnyside all day, as the Grizzly wrestling team claimed the team title in a rout at the CBBN 3A District Tourney this past Saturday in Pasco.