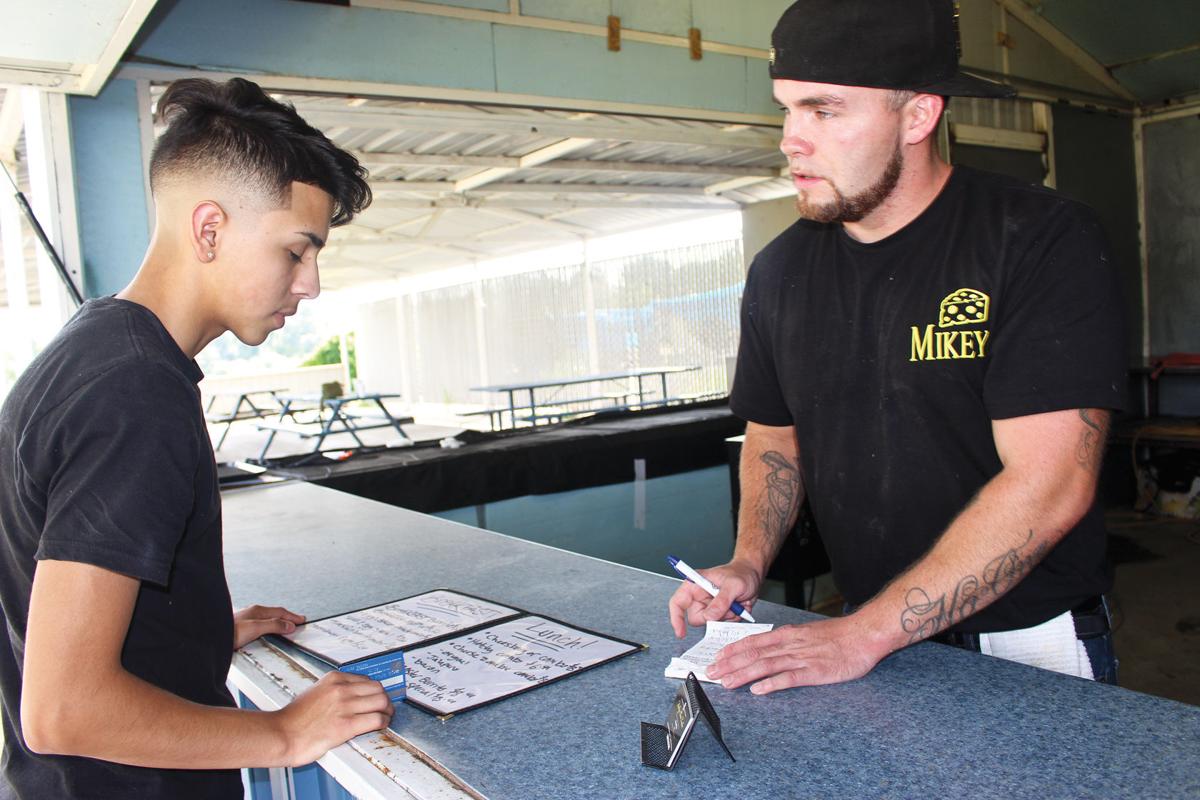 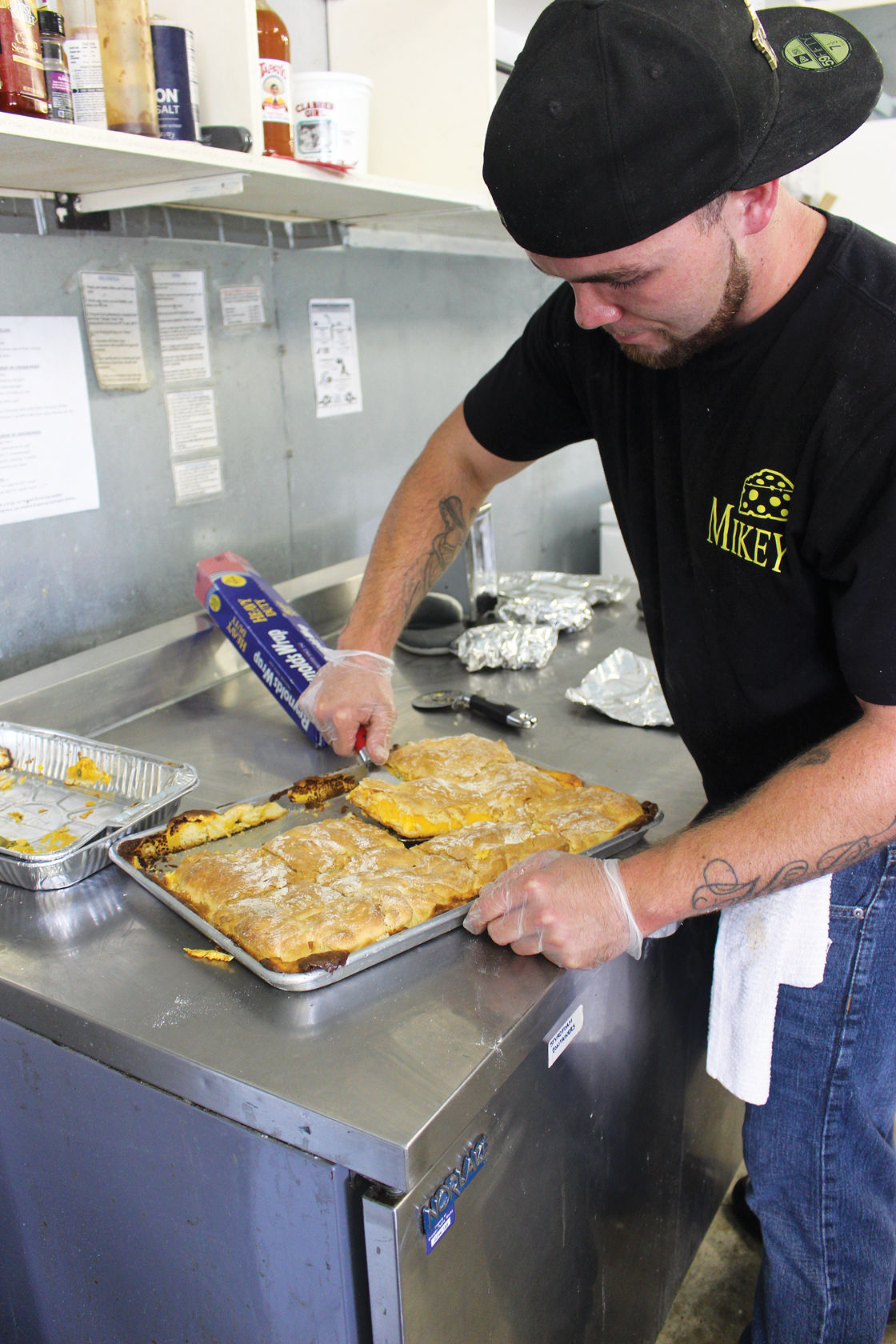 Open most of the summer for sales of soda and popcorn, the latest addition to the 505 Main St. park store, is already gaining an audience.

While original cheese zombies, or with bacon or jalapeños, are the main menu item, owner Michael Moore, 25, is offering a wide variety of entrees from cheeseburgers to pulled pork and smoked chicken.

Moore, who celebrated the grand opening of his open-air café July 6 at the popular dinosaur park, said his menu will have a special every day of the week.

“My busy times already seem to be in late afternoon,” Moore said, adding his hours are from 12-8 p.m.

“Customers can count on cheese zombies being featured every day.

“I love to cook, and while the ‘zombies’ are our signature sandwich, I like to offer a variety,” he commented.

Unlike most area cheese zombies, the eatery owner has added his own twist to the hot sandwich.

“My bread isn’t sweet,” he acknowledged, and he uses a variety of cheeses for the baked sandwich, made popular in many school cafeterias.

“I’ve taken a few culinary classes, but I mostly learned on the grill,” he explained.

“I have always loved to cook and had always dreamed of having my own restaurant.”

Moore is committed to his new family business, saying it is named after his two-year-old son Mikey.

But Moore’s path to become his own boss hasn’t been easy.

“I grew up in foster care and was bounced around a lot from Montana to Toppenish and Sunnyside and back to Toppenish,” he reminisced.

“I wasn’t hanging with the right crowd. Then I met a woman who showed me the meaning of life.” He credits his wife Susana Celestina with his new career and sense of responsibility.

“Since we’ve been together, I’ve gotten serious about providing for my family,” Moore stated.

She showed him her family recipe for cheese zombies, and for three years, they worked to perfect the recipe and started selling gooey comfort sandwiches by special order.

“We’ll still do special orders, but our main job is here at the café,” Moore emphasized.