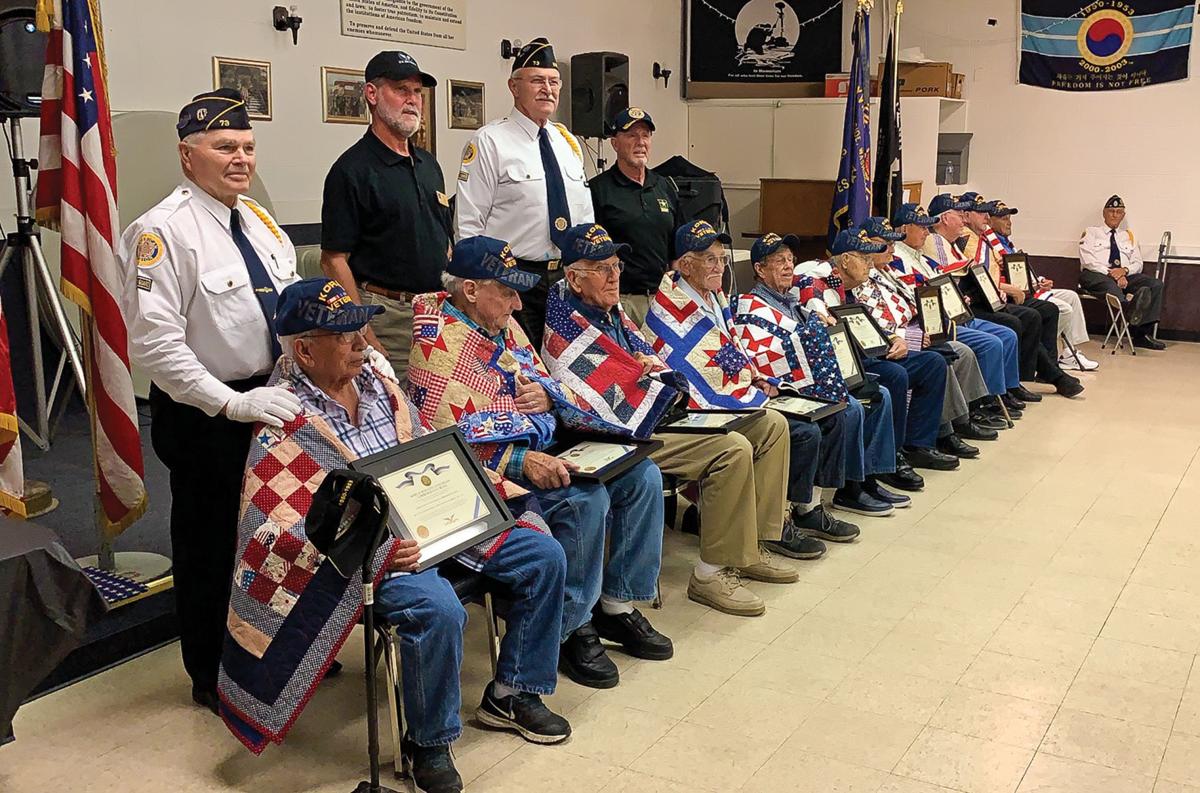 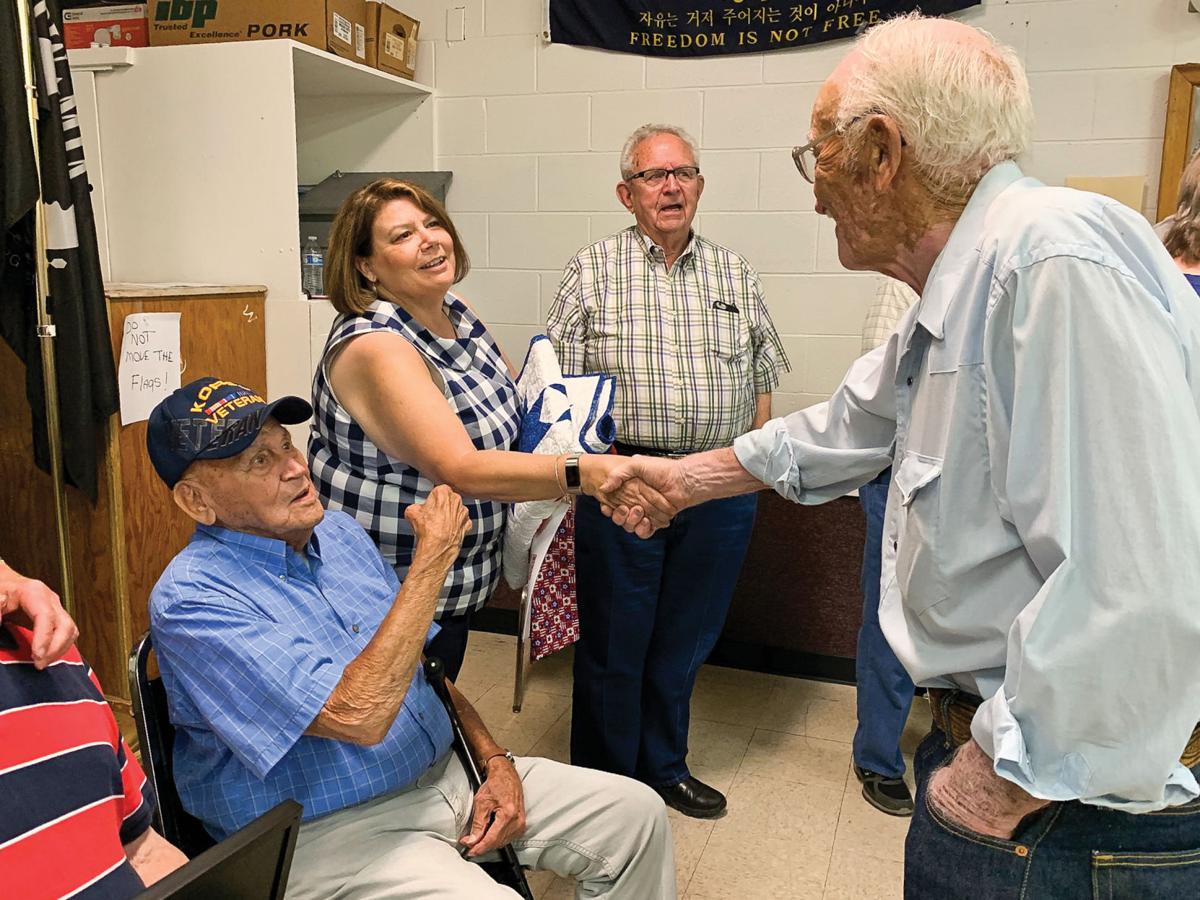 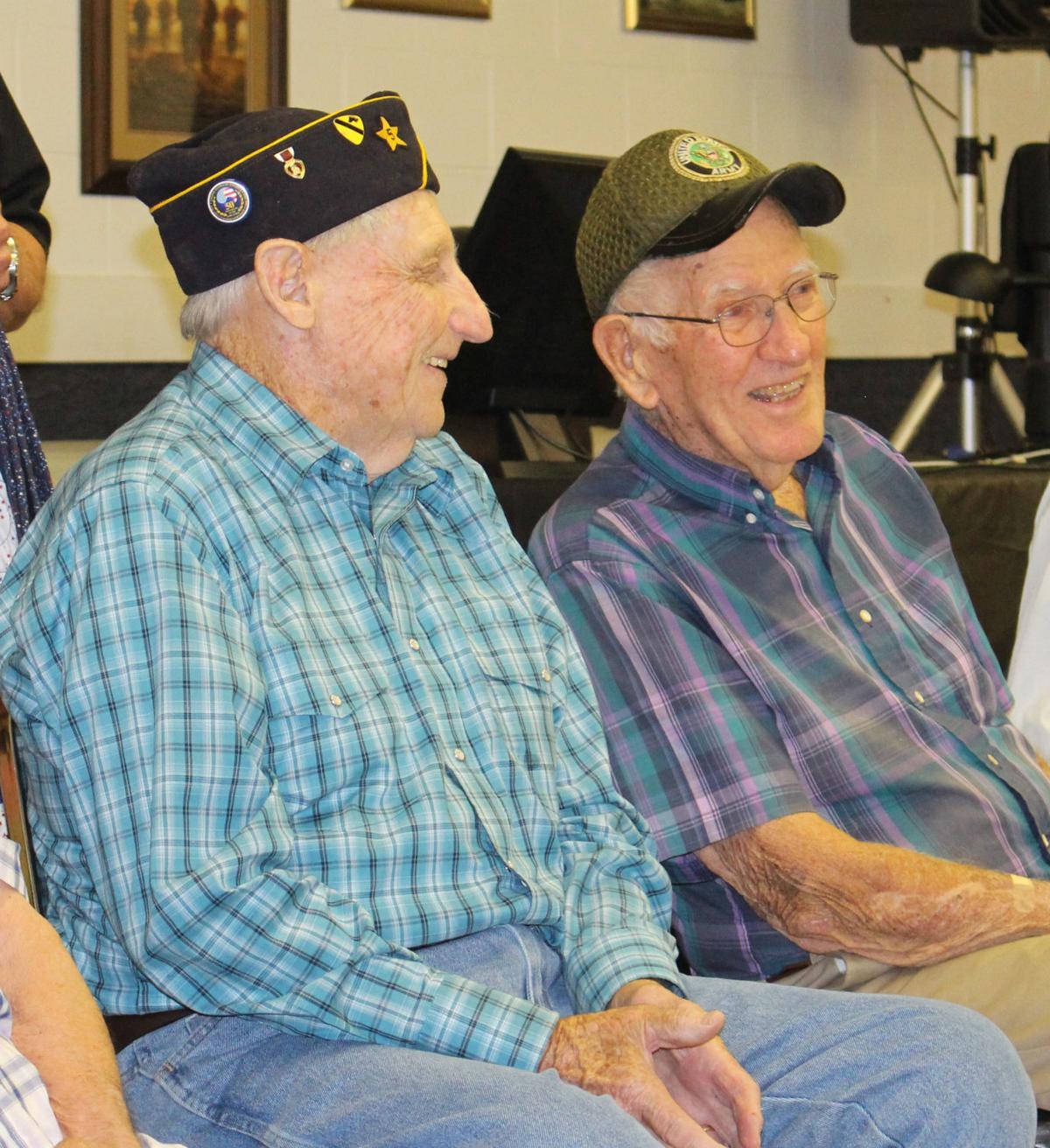 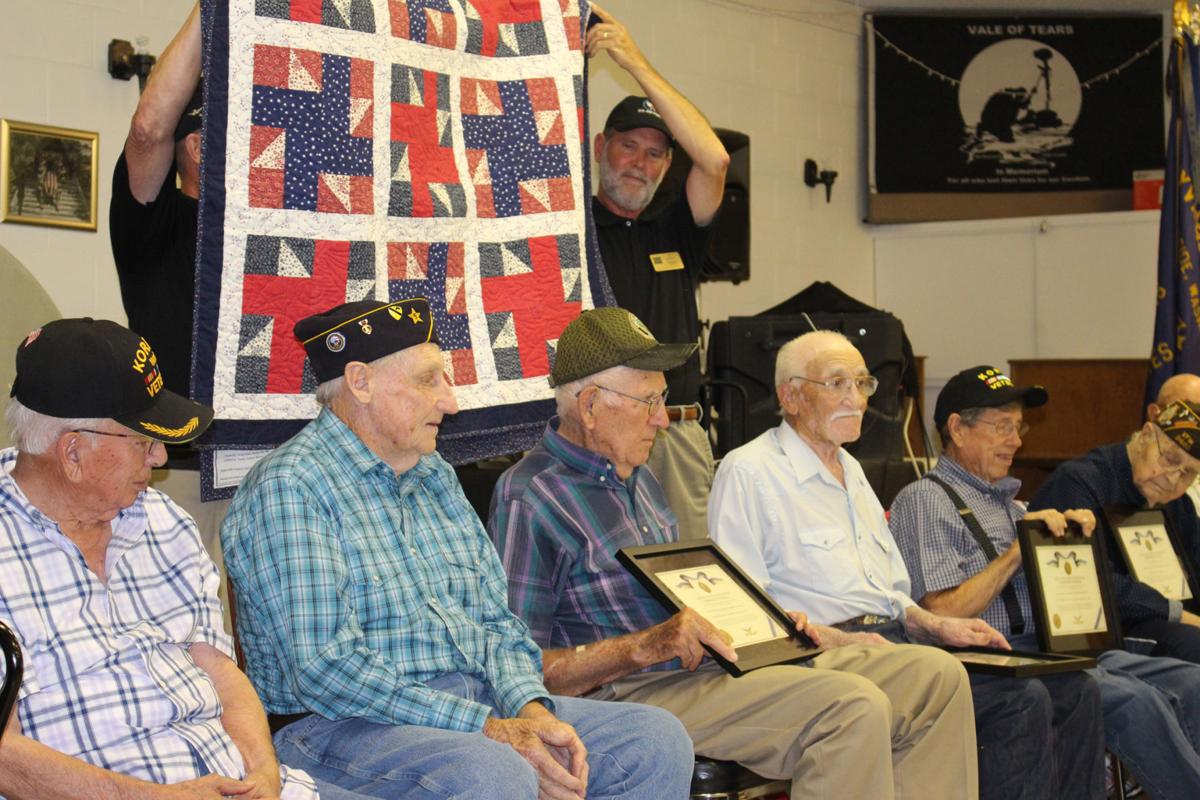 SUNNYSIDE — Former Mabton businessmen Holt Brewer and John Lucki reconnected, if only for a short while, during Quilt of Valor ceremony held Saturday, Aug. 17 at Sunnyview VFW Post #3482.

Brewer and Lucki didn’t realize they were attending the same event until midway through the hour-long ceremony honoring Korean veterans.

Lucki was heard to say, “where is he?”, after hearing Brewer’s name called out.

Following the presentation of 12 handmade quilts, presented by the Tri-Cities Chapter of Quilts of Valor, Lucki walked over to where Brewer was sitting for a quick visit.

Brewer was excited to see Lucki. “I don’t remember the last time I saw you,” he said.

Both men, who no longer drive, complained a bit about their lack of mobility, then shared memories of working in the Mabton community.

Brewer and his wife Barb operated the local hamburger stand and a smoke shop. Lucki was the feed store owner.

Brewer and Lucki were among the 12 local Korean veterans honored with the quilts; American Legion Post commander Greg Schlieve announced.

Tri-Cities Chapter officer Jeff Boston explained the quilts project is in its 16th year. The national project was founded so that “... veterans touched by wars might be wrapped in comfort and healing quilts,” said Boston.

The quilts for the veterans was made possible by a $2,000 American Legion donation to the quilters, which the post received from the Legends Casino in May, Schlieve explained.

He said a Wal-Mart donation was used to issue the framed commemorative medal certificates marking the 65th anniversary of end of the Korean War.

The men each received Korean War baseball caps, thanks to the donation, which were presented by