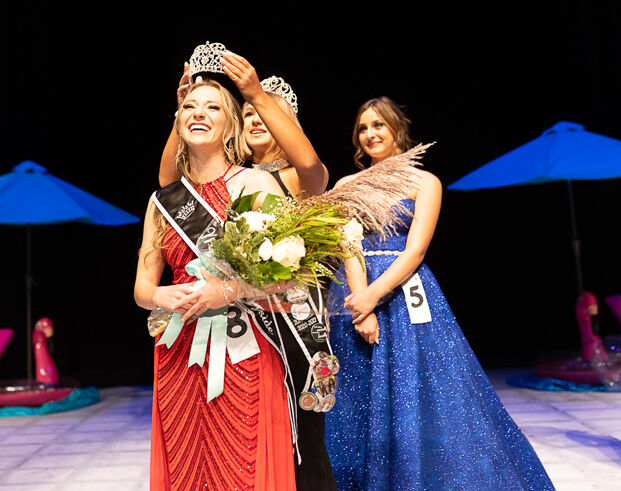 AMAZEMENT — An overwhelmed Alex Zieske receives her crown and sash as the 2021 Miss Sunnyside. Helping her is outgoing Miss Sunnyside Abigael Marquez as candidate Emma Heeringa looks on. 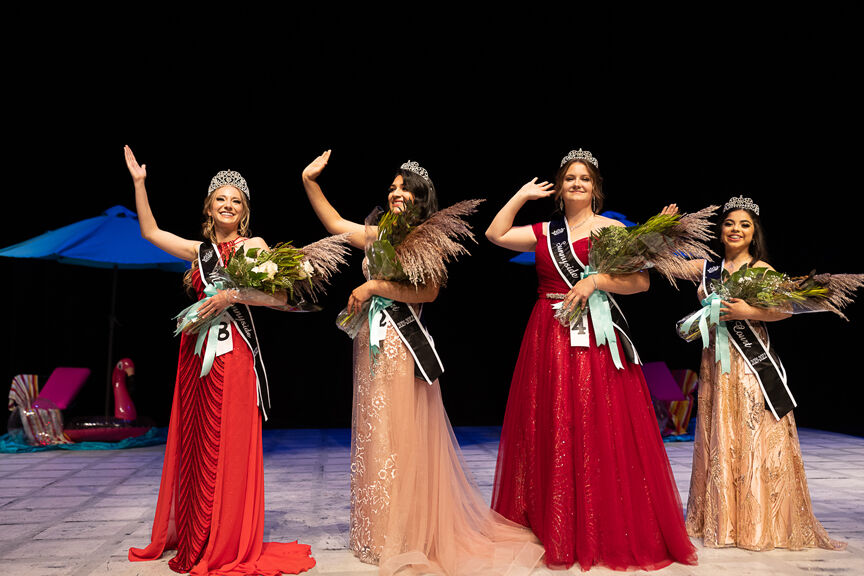 AMAZEMENT — An overwhelmed Alex Zieske receives her crown and sash as the 2021 Miss Sunnyside. Helping her is outgoing Miss Sunnyside Abigael Marquez as candidate Emma Heeringa looks on.

Like a burst of sunshine lingering past sunset, Alex Zieske stood out as the candidate to watch during 2021 Miss Sunnyside Pageant held Saturday night.

For the first time since the COVID-19 pandemic shuttered community and the national activities, the Sunnyside High School auditorium was filled to near capacity as the community gathered to cheer on the eight young women as they vied for the title of Miss Sunnyside.

Candidates performed freestyle routines and showcase their talent during the two-hour program, concluding with evening gown and impromptu question event.

“This is a wonderful opportunity. I can’t wait to get started on my community service project,” announced the daughter of Mara and Mark Zieske.

As a candidate the Sunnyside High School sophomore chose a project embracing her love of dance and movement. Zieske, who performed “The Hills” on a grand piano, announced she would be developing opportunities to dance with area senior citizens at assisted living and senior citizens centers.

“I can’t wait to get dancing with our community elders,” she declared.

Roberts, daughter of Andrea Munder and Chad Roberts, was selected Miss Congeniality, an honor given by her fellow candidates.

A photo gallery of the Miss Sunnyside Pageant, September 11, 2021.