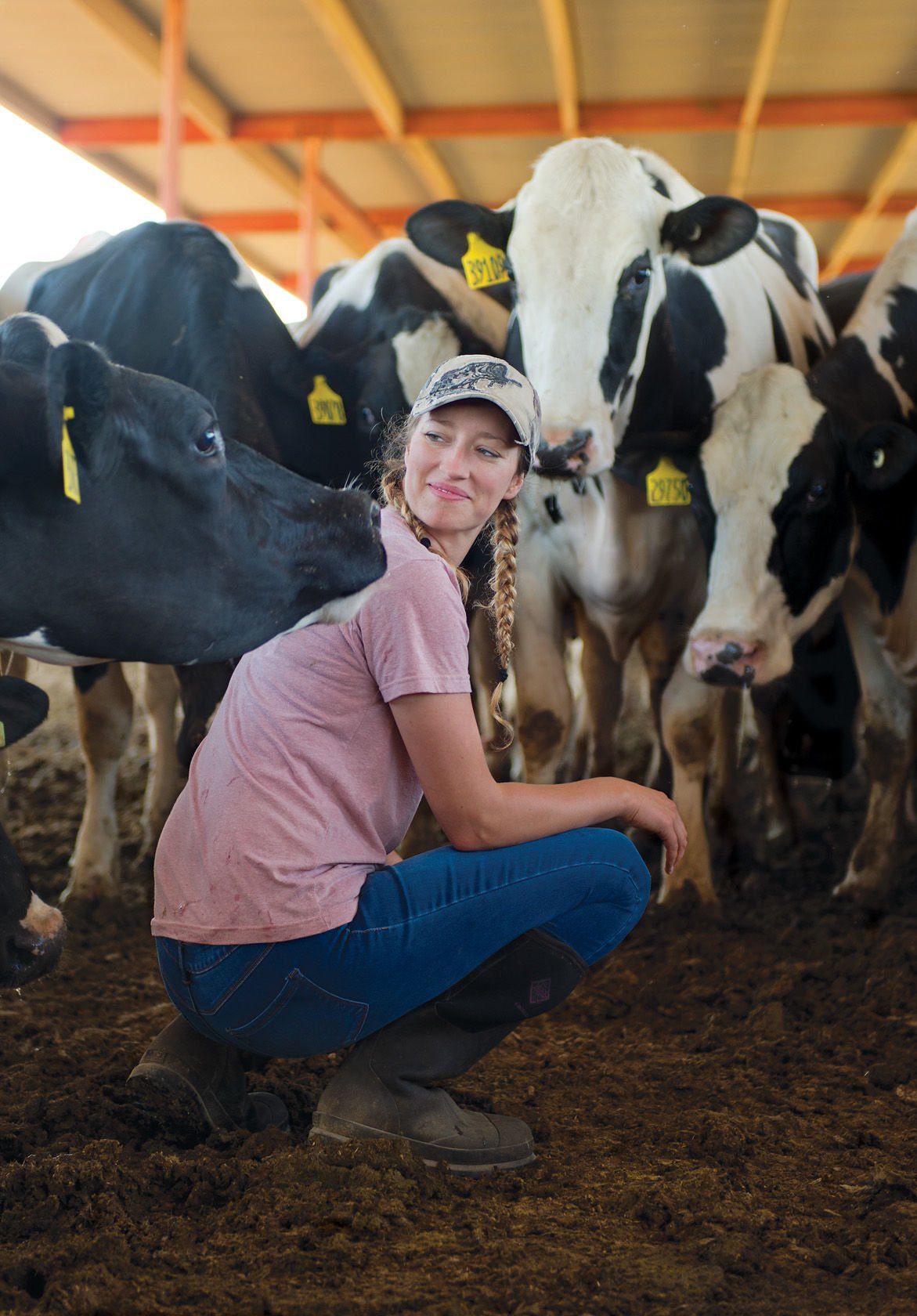 FOR THE LOVE OF COWS — Kristyn Mensonides is beaming as she is surrounded by cattle, the love for animals clearly in the young woman’s smile. 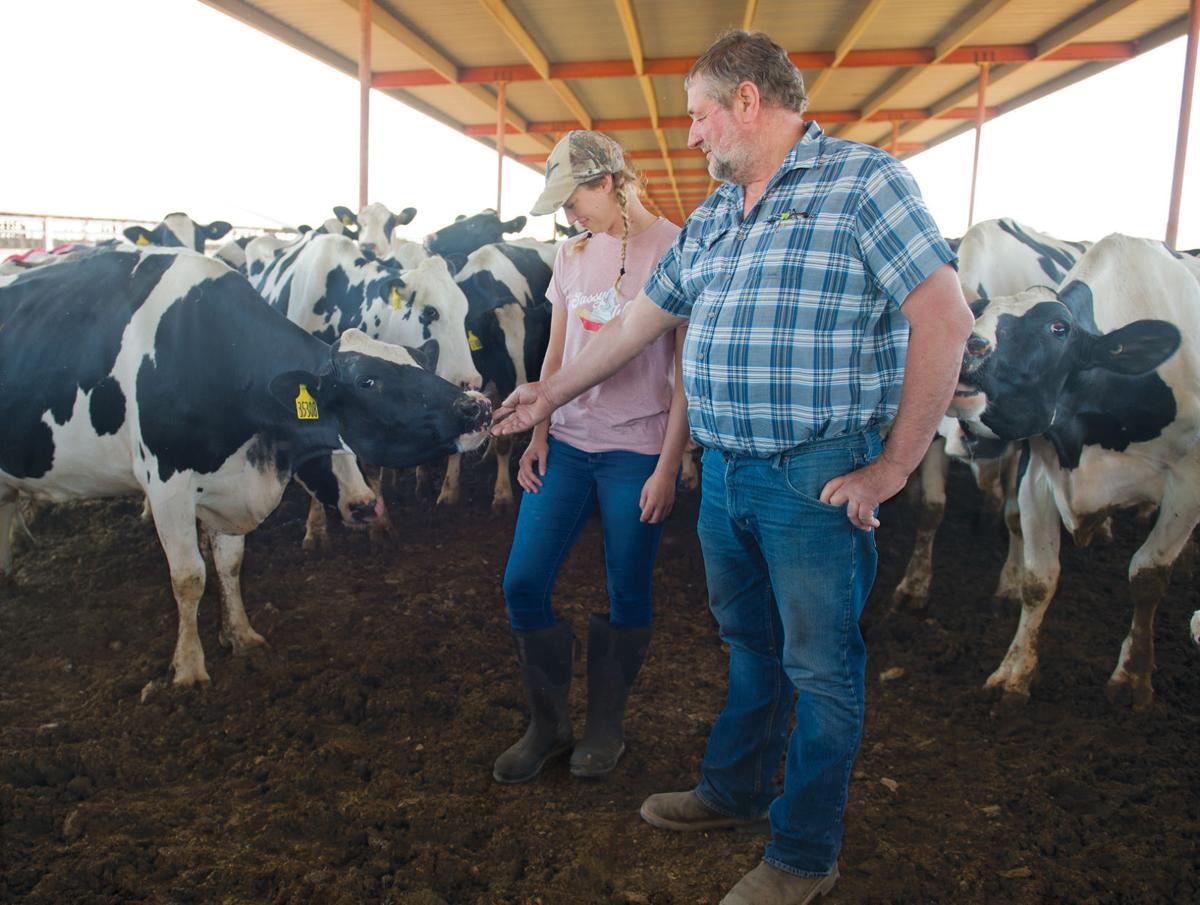 FAMILY LEGACY — Kristyn and father, Art Mensonides share a love for dairy as the young lady continues focusing on cow comfort as part of her duties in herd management, a value Art has applied when building his dairy. 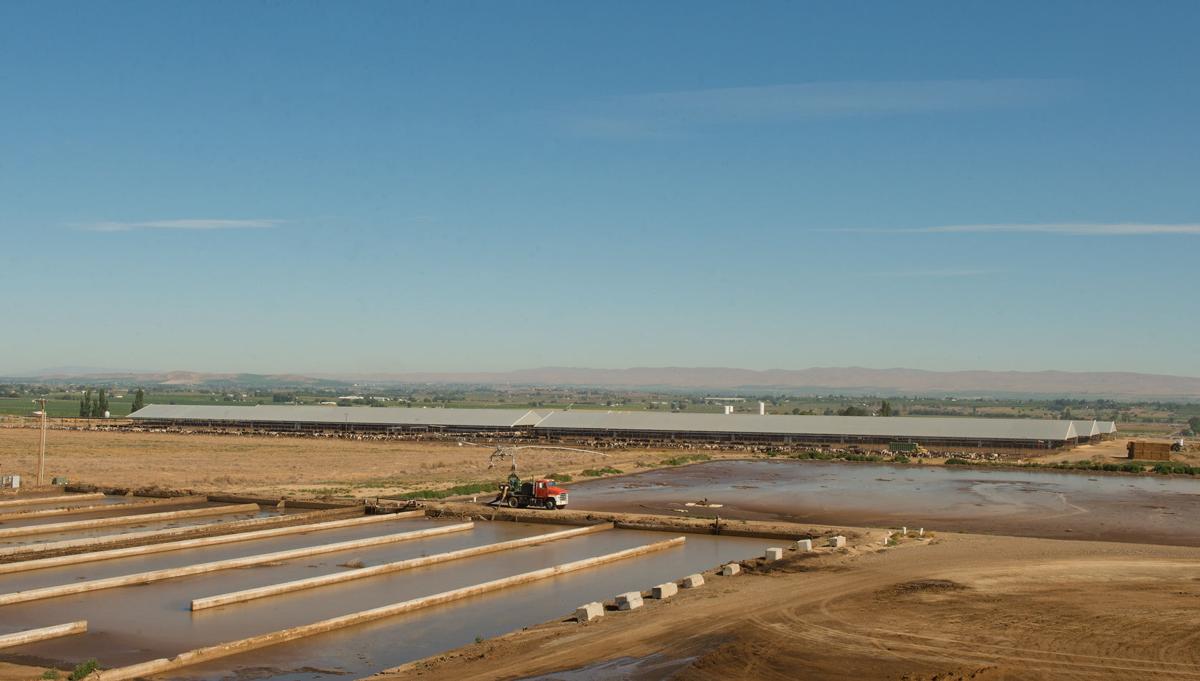 DAIRY VISTA — The view of the Mensonides’ 1,000 acre dairy as seen from their waste management facility.

FOR THE LOVE OF COWS — Kristyn Mensonides is beaming as she is surrounded by cattle, the love for animals clearly in the young woman’s smile.

FAMILY LEGACY — Kristyn and father, Art Mensonides share a love for dairy as the young lady continues focusing on cow comfort as part of her duties in herd management, a value Art has applied when building his dairy.

DAIRY VISTA — The view of the Mensonides’ 1,000 acre dairy as seen from their waste management facility.

MABTON — Kristyn Mensonides of the Mensonides Dairy is proud to be a part of a family legacy. She is now creating her own path as she carries on the tradition built by her father, Art Mensonides, as she works alongside him, her sister, Amy, and brother-in-law Auke Bruinsma.

The dairy was built by Art in October 2002 according to Kristyn to ensure cow comfort. After working on a dairy in Granger and later in Grandview, the patriarch took what he learned and applied it to his own dairy, such as recycling cow manure and emphasizing cow comfort.

The dairy recycles cow manure in a process that separates water and solids in a process of several steps including reusing the liquid for irrigation, preserving ground water and the solids providing a dry bedding for the cows.

Not only that, but the solids also can be used as a “high-phosphorous, low nitrate compost that we can sell to customers,” according to Kristyn.

The Mensonides own 1,600 acres, 1,000 acres being utilized for the dairy and 600 acres of land used to grow alfalfa, corn, and triticale to feed the cows. For the 1000-acre dairy complete with nearly 12,000 cows – 5,200 of which are milking cows – cow comfort is of the utmost importance. The reason being if a heifer is put under too much stress due to not enough space or over-milking, her behavior will change and so will her production of milk.

“We get sad, we get happy, there’s depression and all that, so there’s definitely all that in a cow, too,” the former Washington State Dairy Ambassador explained, “So by taking good care of her, it affects her behavior and good behavior is less stress and less stress is more milk.”

This care for cows is something that’s inherent in Kristyn, her father expressed. “She was born like that. From maybe 10 years old, she could pick a sick one out,” Art fondly recalled.

The young woman has always loved animals and even joked about one day owning a “mini zoo or a mini farm and have all those animals.” Kristyn cultivated this passion into a career which she described as wholesome.

The Dordt College graduate used her business administration degree to work as a herd manager. Kristyn specializes in watching over the cows, their health, the milk production, the comfort of the animals, and managing the people in the same department.

The young Mensonides communicated that the three stalls that house the cows are wider than the standard size to allow the cows to eat, walk around, and sleep without traffic. The size of the stalls also allows for air flow to reduce potential heat stress with the cows during the lower valley summer heat.

As the cows go to and from the “milking parlor,” a system of palpation rails is used. This is Art’s preference that he developed in his early days as a welder in California, when he fixed lockups on dairies. He developed a growing a disdain for them.

The Mensonides Dairy prefers to use the palpation rails as this allows for the ultimate comfort in space and the cows are “left alone, with no one bothering her until she needs to be milked again,” Kristyn conveyed.