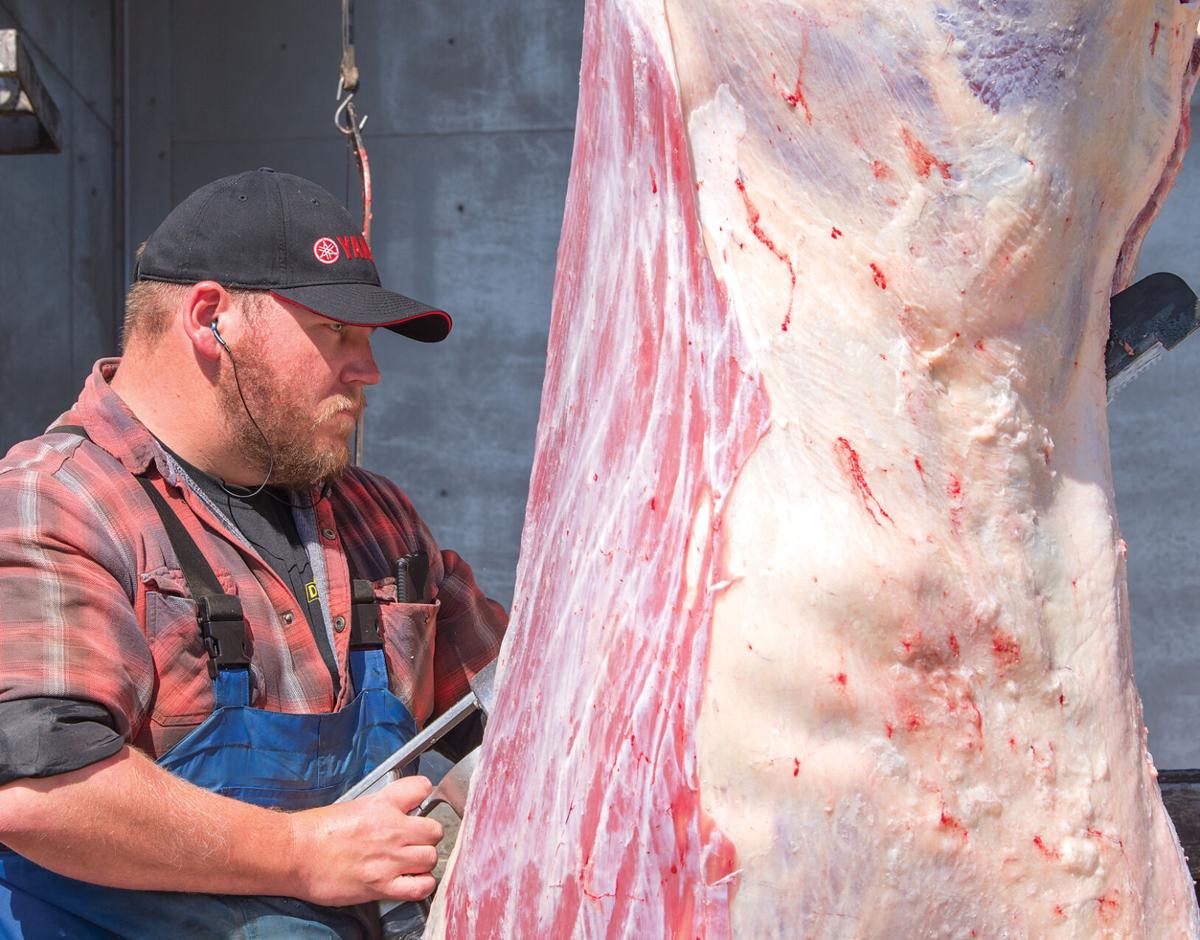 Joey Zijlstra of JZ’s Custom Farm Slaughter in Sunnyside. The former Sunnyside High School 2010 graduate works side by side with his dad and runs the operation during the summer months by himself. 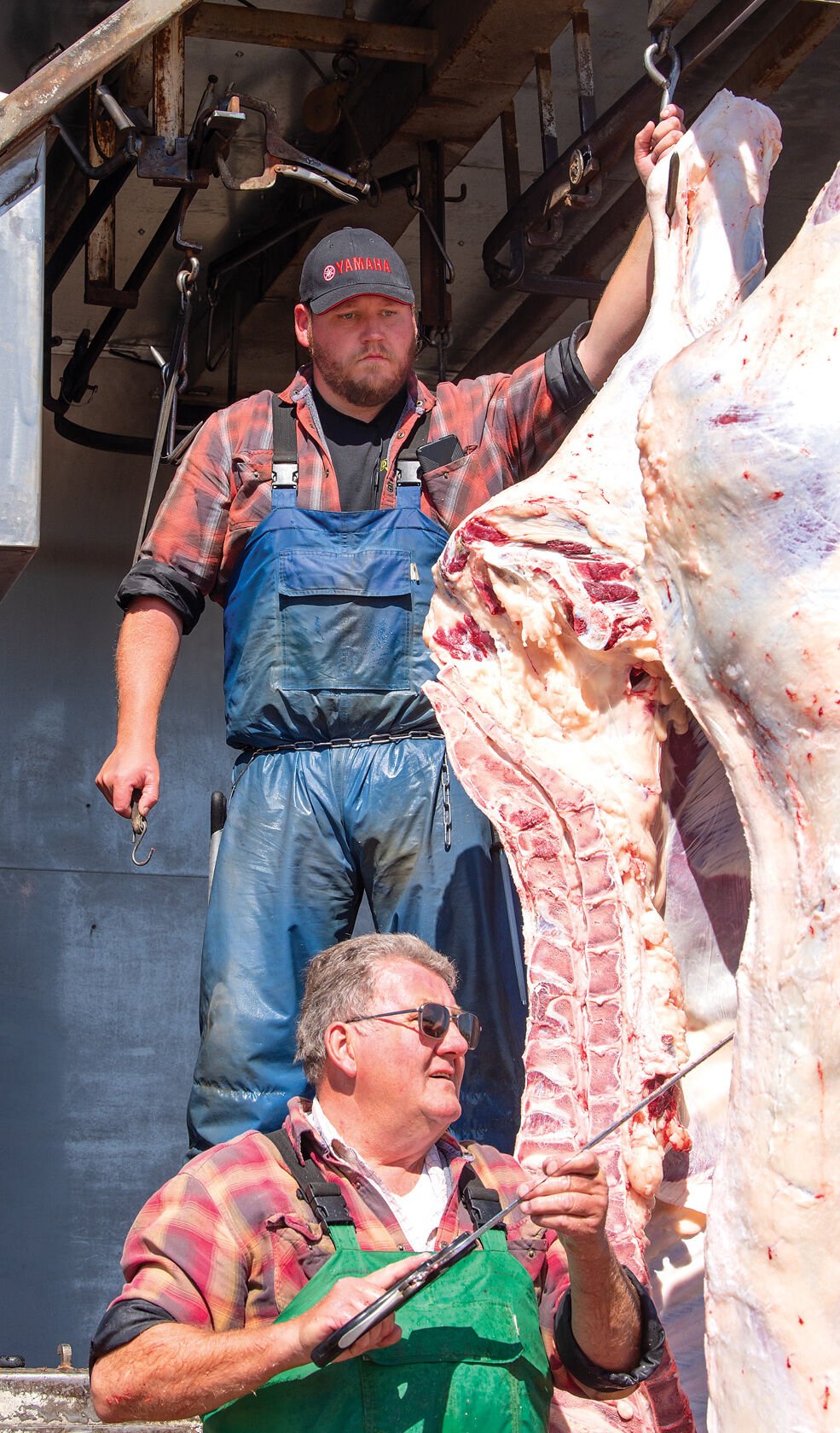 Father and son, Johan and Joey Zijlstra, have been working side by side for the past eight years. The elder Zijlstra has been in business for 28 years in Sunnyside. JZ’s Custom Farm Slaughter can be contacted at 509-837-6616. 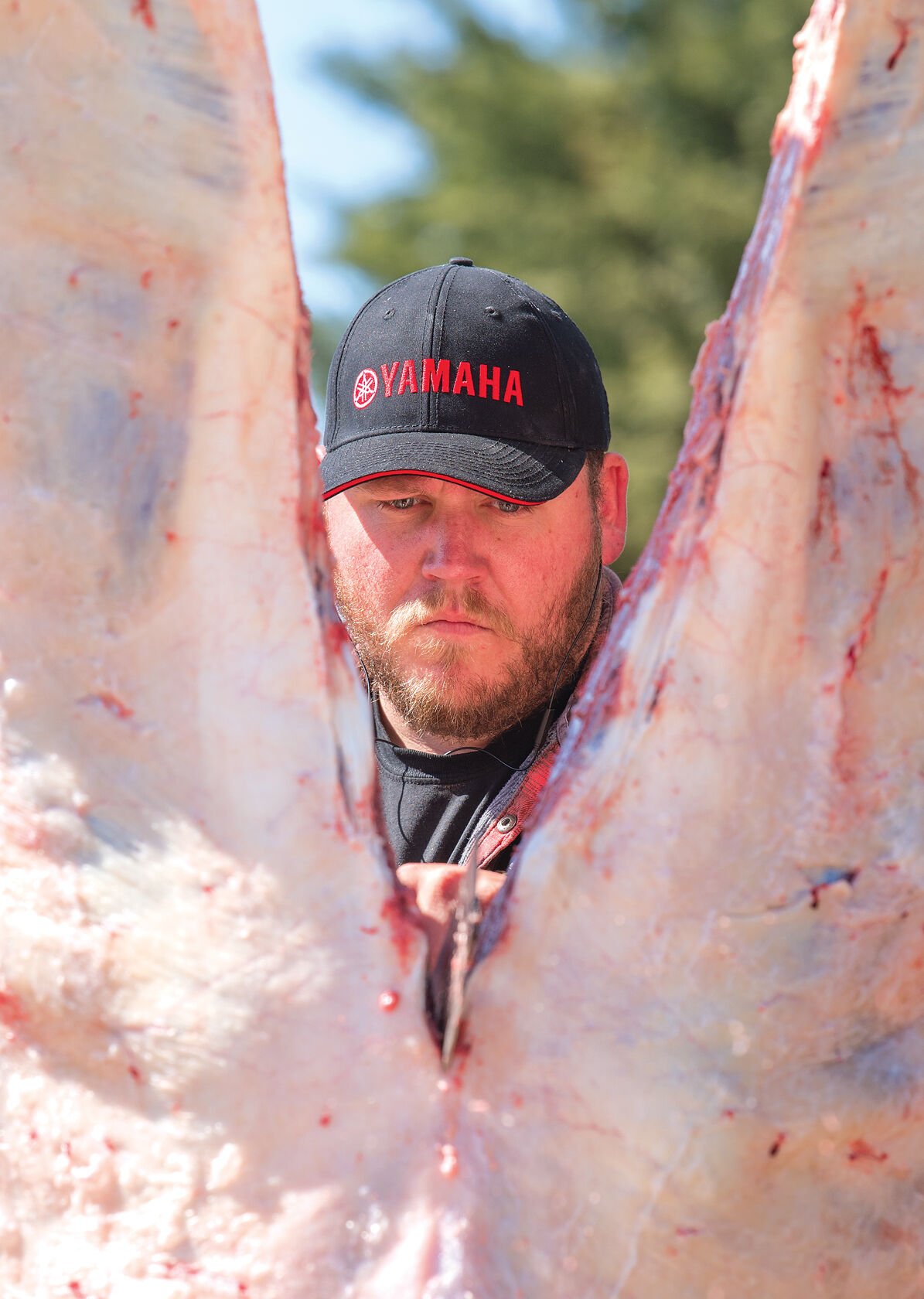 Joey Zijlstra of JZ’s Custom Farm Slaughter in Sunnyside. The former Sunnyside High School 2010 graduate works side by side with his dad and runs the operation during the summer months by himself.

Father and son, Johan and Joey Zijlstra, have been working side by side for the past eight years. The elder Zijlstra has been in business for 28 years in Sunnyside. JZ’s Custom Farm Slaughter can be contacted at 509-837-6616.

From farm to table, lower valley families seem to have a keen awareness about where their food comes from and how it’s raised.

Food uncertainties caused by the pandemic have also contributed to people becoming more in charge about their household grocery staples - raising home grown quality and individual livestock to be eaten at home and enjoyed around the table.

“I think with the whole pandemic, people kind of realized what they were missing out on and it’s a better way to go,” Johan Zijlstra, owner of JZ’s Custom Farm Slaughter acknowledged.

The independent business owner has been on the road providing mobile farm butchering services for almost three decades, from Benton City to Bickleton and White Swan to Naches.

“It’s not an easy job. I mean, it’s pretty physical,” Zijlstra described. “Over the years, you kind of perfect things.”

Custom farm slaughterers are mobile meat cutting units licensed by Washington State Department of Agriculture (WSDA) to butcher meat food animals for the owner. The slaughtering is done on the owner’s farm or at an approved site.

Originally from the Netherlands where his parents owned a dairy, Zijlstra came over to the United States to see how they operated with plans to stay for one year. Once he experienced the sunshine and three months of no rain in Yakima County, Zijlstra made his mind up to immigrate here from Holland.

“I figured at some point there would be opportunity to start something for yourself,” Zijlstra fondly remembered.

He worked long hours on a dairy farm for the next 10 years before a chance meeting would roll up and present itself on account of raising his own pigs for resale. There were customers who suggested the part-time farmer should buy a butchering truck, an idea he immediately dismissed with a chuckle, Zijlstra recalled.

Two days later, the owner of the truck stopped by his place after he heard that Zijlstra was interested in purchasing the rig, which he wasn’t but still listened to the sales pitch. A deal was struck, and the former owner trained him for a couple of months.

His son Joey made the decision to learn the specialized craft after he took a break from college to ‘figure things out,’ which was eight years ago. The former Sunnyside High School 2010 graduate works side by side with his dad and runs the operation during the summer months by himself.

“We kind of stay out of each other’s way, so we don’t cut each other’s fingers,” the elder Zijlstra revealed.

His dad used the term, ‘seniority’ to describe their working relationship and his summer farming interests.

“It’s generally slow enough during the spring and summer that there’s only enough work for one person,” Joey explained.

Joey said he spent a solid two years learning the craft. Six months later, Joey was called upon to take over butchering duties when his dad needed surgery on his ankle.

On a mild Saturday morning, the father and son team arrived at Heriberto Macedo’s family farm in Mabton to custom slaughter the well cared for cow, which was being raised solely for its’ meat.

“I think the biggest part of it for us was teaching the kids like we’re not raising it as a pet, we’re raising it for food. The first thing they did was run out there and like, well alright if it’s for food we want to name him,” Macedo reflected. They opted to name him ‘Hamburger’ because that’s what they want the most.”

Once Joey put down the cow in the pasture, the carcass was transported by tractor to where the slaughter truck was parked and the two professionals efficiently went to work in their protective and water repellent clothing, polyurethane work bibs, boots and gloves with sanitized and sharpened tools of the trade close at hand.

“Like any trade, it’s about having the right tools and knowing how to do a quality job,” Joey declared.

Their white cargo truck is equipped with a hoist that can lift a beef carcass to a height that enables the animal to clear the ground for bleeding and evisceration.

The mobile unit also has a sterilizing and water tank built into the vehicle constructed of smooth, cleanable, impervious, and durable metal material.

A total of 40-minutes was all the time required by the father and son duo to slaughter the prized grass and grain feed meat cow with merited precision and cleanliness for homestyle quality.

During the past year, the Zijlstra’s have butchered around 1,100 beef animals, 400 pigs and 60 sheep.

“We worked basically from August till February, 10 to 12 hour days,” Zijlstra added.

“And then last year itself, from January to May, we doubled the workload from what we did in 2019,” Joey said.

Usually, the meat shops start laying off right around springtime, however, that wasn’t the case last year. They had full crews all year round, according to both father and son.

“In the last couple of years, it has kind of picked back up. There are not necessarily more people that butcher but the people that do, butcher more animals,” Zijlstra voiced prior to getting in the truck and taking the slaughtered cow to Jerry’s Meats.