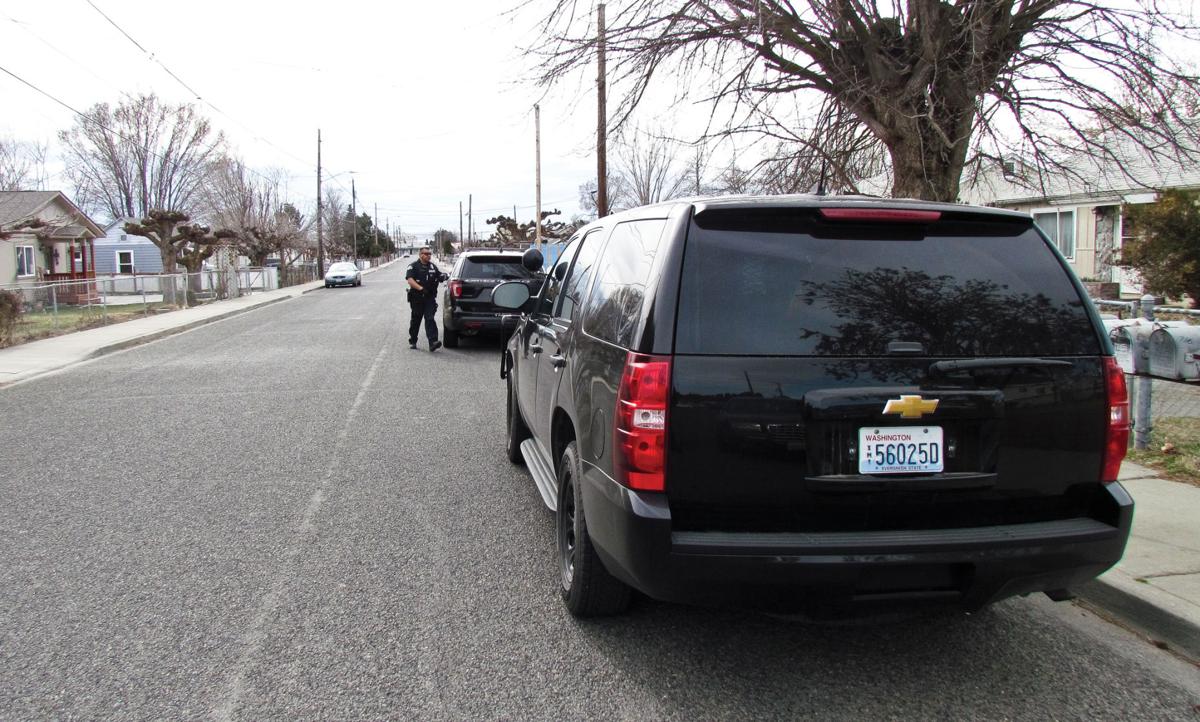 OFFICERS ON THE SCENE — Officer Otero and Cunningham arrive to the residence on Victory Way, calling about aggressive dogs. 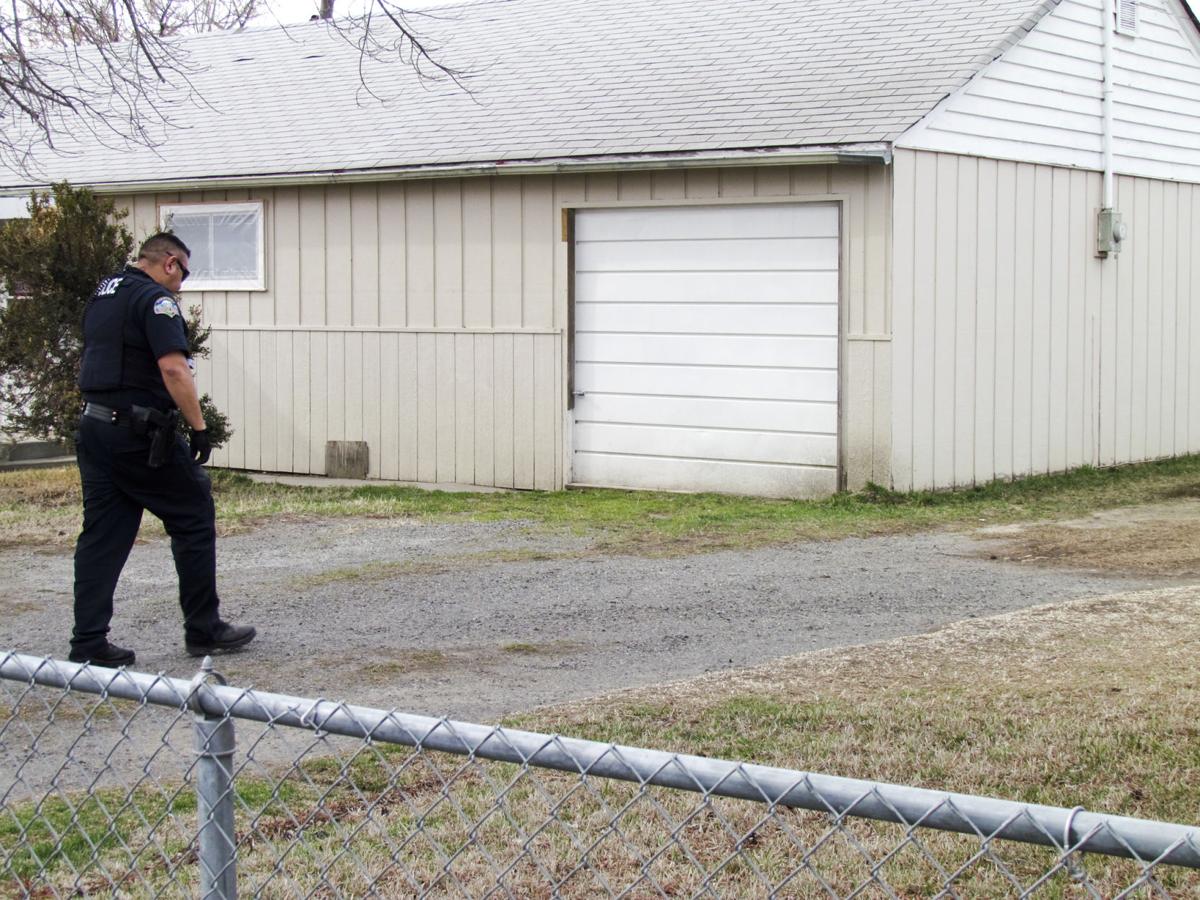 OFFICER ON THE SCENE — Sunnyside Police Officer Otero arrives to the residence on Victory Way, in response to reports of marauding dogs.

OFFICERS ON THE SCENE — Officer Otero and Cunningham arrive to the residence on Victory Way, calling about aggressive dogs.

OFFICER ON THE SCENE — Sunnyside Police Officer Otero arrives to the residence on Victory Way, in response to reports of marauding dogs.

SUNNYSIDE — A pit bull was shot following a call regarding aggressive, marauding dogs on Monday, March 2 in the area between Victory Way and Fairview Avenue.

Reyes Wenceslao, 78, was taking out his trash when the pit bull was acting aggressive toward him. Fearing the pit bull would attack, Wenceslao’s wife Susan, called the police department.

According to Sunnyside Police Department Officer Cunningham, officers received reports to the area that three dogs were loose in the neighborhood. It was later discovered the dogs had originated from the 600 block of Chestnut Avenue.

“There were aggressive people coming after the dogs,” says Cunningham, “and, unfortunately, a pit bull was aggressive toward another officer and had to be shot.”

After the pit bull was killed, the remains were removed by Sunnyside code enforcement.

The officers attempted to get in contact with the owners of the dog, however, they were not available at home at the time.

The other two dogs were still roaming the neighborhood after the death of the pit bull until they made their way back into their yard.

Wenceslao confirmed the remaining dogs were back into his neighbor’s yard.

SSPD Commander Scott Bailey said that the owner of the dogs, Michael Palomarez, 31, was cited for animals at large.

“Officers made good control of the situation before being forced to dispatch the dog,” Bailey commented.