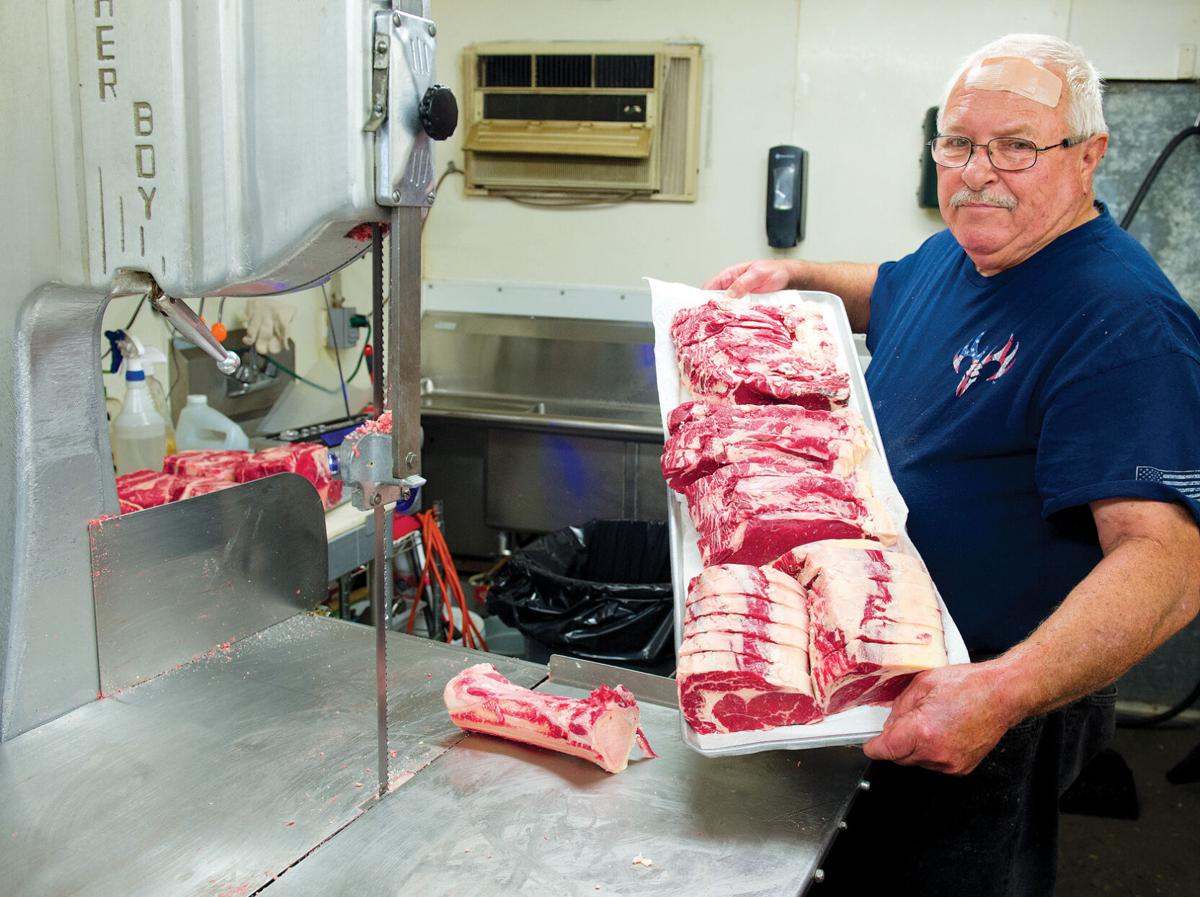 "When I first started, nobody knew what a tri-tip was, nobody was cooking beef brisket like they are today and now everybody likes carne asada." 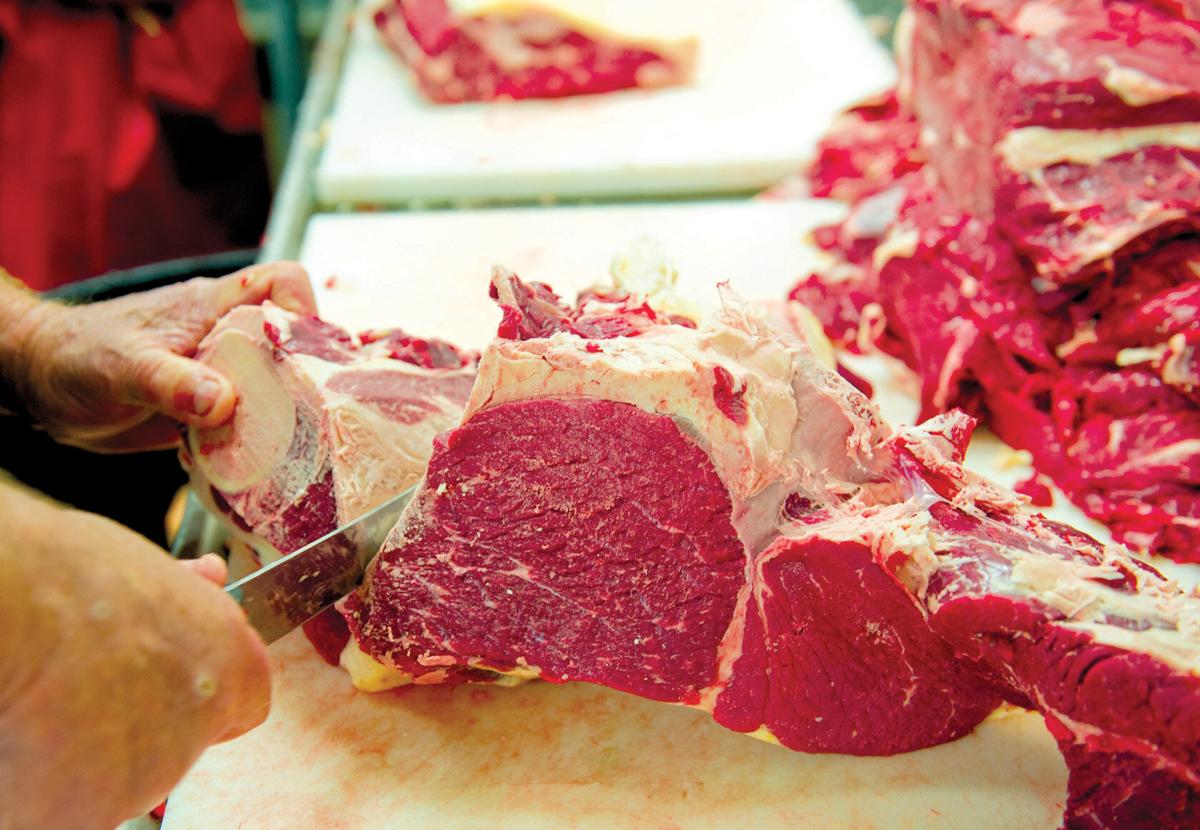 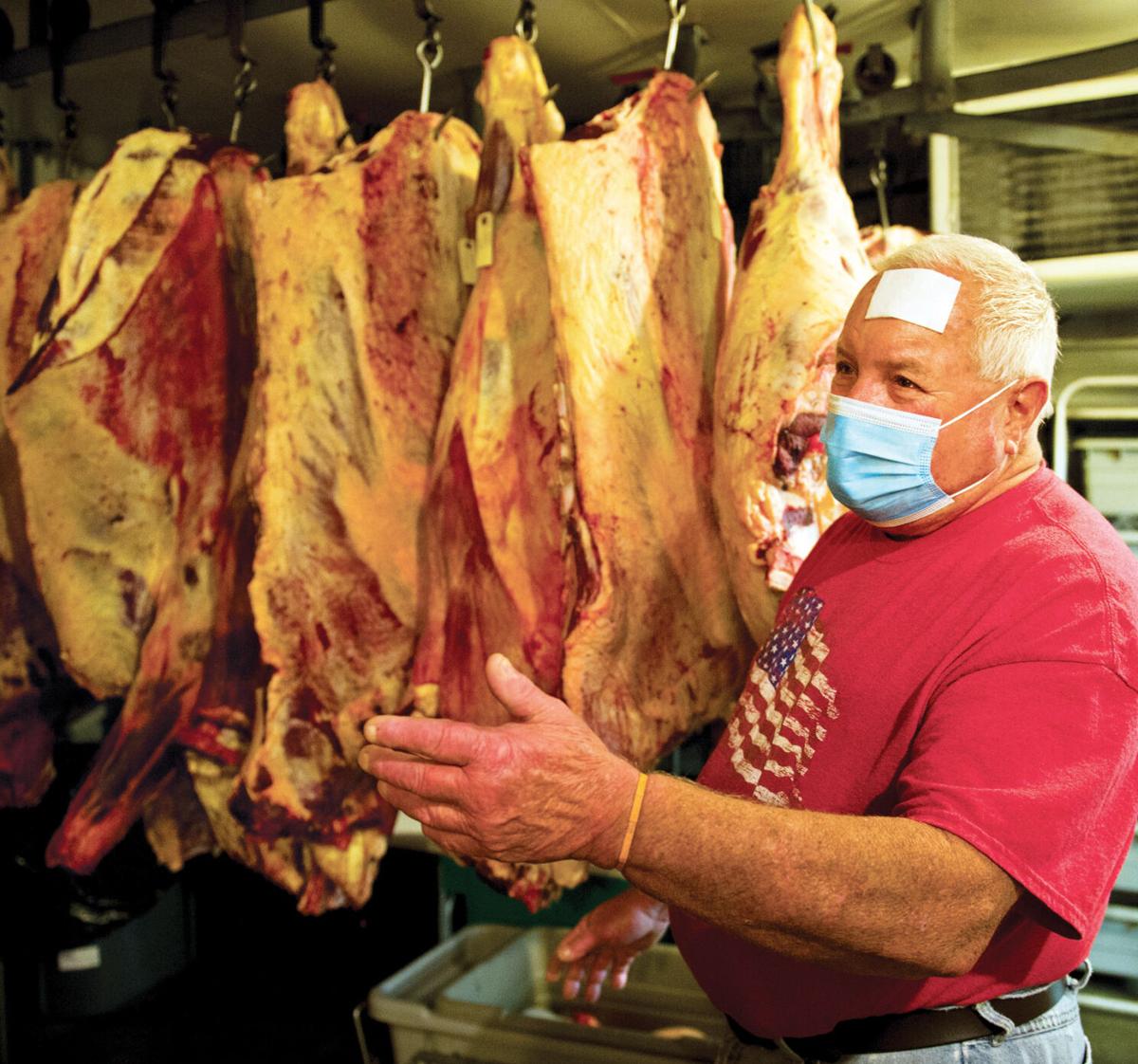 CUSTOM MEAT FREEZER — Gerald Deaton takes inventory of the carcasses of beef as they age for approximately 10 to 14 days in Jerry’s Valley Meats’ cold storage facility.

"When I first started, nobody knew what a tri-tip was, nobody was cooking beef brisket like they are today and now everybody likes carne asada."

CUSTOM MEAT FREEZER — Gerald Deaton takes inventory of the carcasses of beef as they age for approximately 10 to 14 days in Jerry’s Valley Meats’ cold storage facility.

SUNNYSIDE — Following a six-year enlistment in the U.S. Air Force, Gerald “Jerry” Deaton returned home to Granger and was looking for something more to do than just helping his parents out around the farm.

The ambitious veteran described going out to Worrel Meats in Yakima to clean up and would often hang out there at night. Deaton said both experiences paid off when he was able to get on with the Grandview Safeway as an apprentice meat cutter.

“I learned a lot. I had a really, really good mentor there,” he conveyed. “Back then, the grocery stores still received carcass beef, where now everything comes in a box. It’s already broken down,” he explained.

By the time he turned 28, Deaton had been working the day shift for four years and when the doors at the new business opened, he started moonlighting for the owner at night.

“After about six months of being his own boss, he discovered that he didn’t like working with the public and he offered to sell it to me,” Deaton acknowledged.

He took a wild jump and went from grocery chain employee to small business owner on April 4, 1974.

47 years later, his handcrafted butchering operation has aged like a savory cut of locally raised meat as generations of families continue to gather around the table and enjoy his brand of quality craftsmanship.

“When we bought this place, I had $300 to my name,” Deaton fondly recalled as he laughed about hawking his car to help purchase the upstart venture.

It didn’t take long before customers discovered their appetite for the tasteful quality of meat selections and custom services available at Jerry’s Valley Meats, located at 2561 Mabton Highway in Sunnyside.

Deaton has been in business long enough and relies on his proven experience to quickly identify and respond to changing market cycles, customer trends and environmental factors, all of which contribute to affecting his limited liability corporation’s financial stability.

About 10 to 15 years ago, as the younger generation of farmers began to inherit their families’ businesses, the independent meat works owner recognized they were choosing a different career path, which no longer included farming – and selling off their rich lands and moving away from the lower valley’s agricultural landscape.

“Now this COVID thing is like just crazy. Our business this year compared to last year has probably tripled,” Deaton stated while identifying how the virus hit the major slaughterhouses which caused them to temporarily shut down.

This limited availability of meat products in the national food supply chain matched with high customer demand caused grocery store prices to rapidly escalate throughout the country –helping his business to increase its market share while keeping his three seasonal employees working longer and throughout the year as he advertises for an experienced meat cutter below the exterior building sign facing the roadway.

The soon to be 74‑year‑old proprietor continues to enjoy his entrepreneurial role in the community and is stopped by those wishing to say hello or who just want to talk shop about their recent meat counter and mealtime experience.

“On a good day, I still feel really good. And my doctors keep telling me for as long as you want to do it, keep doing it,” Deaton softly spoke. He knows all his customers on a first name basis and, in an artisan manner, announced, “… They’re all quality people.”