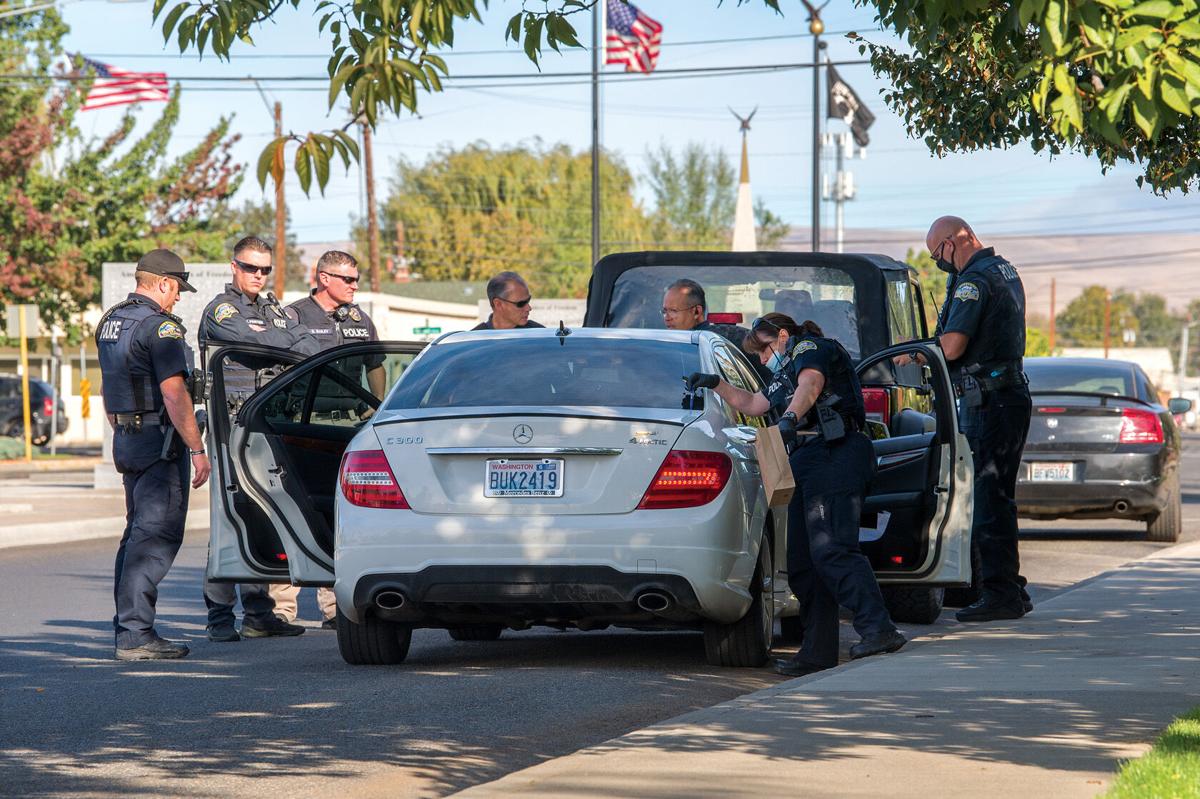 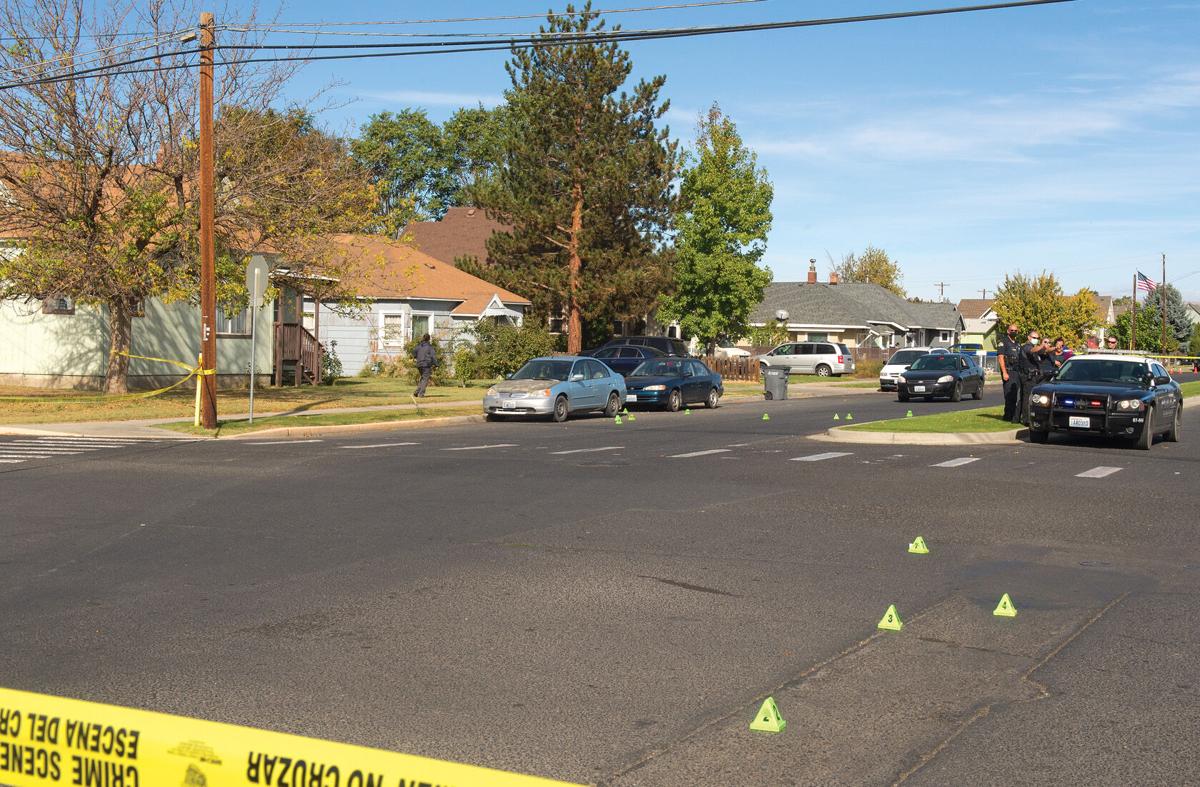 DRIVE-BY CRIME SCENE — Sunnyside Police respond to reports of multiple shots fired in succession during a drive-by shooting at the intersection of Ninth Street and Harrison Avenue this morning at approximately 10:50 a.m. 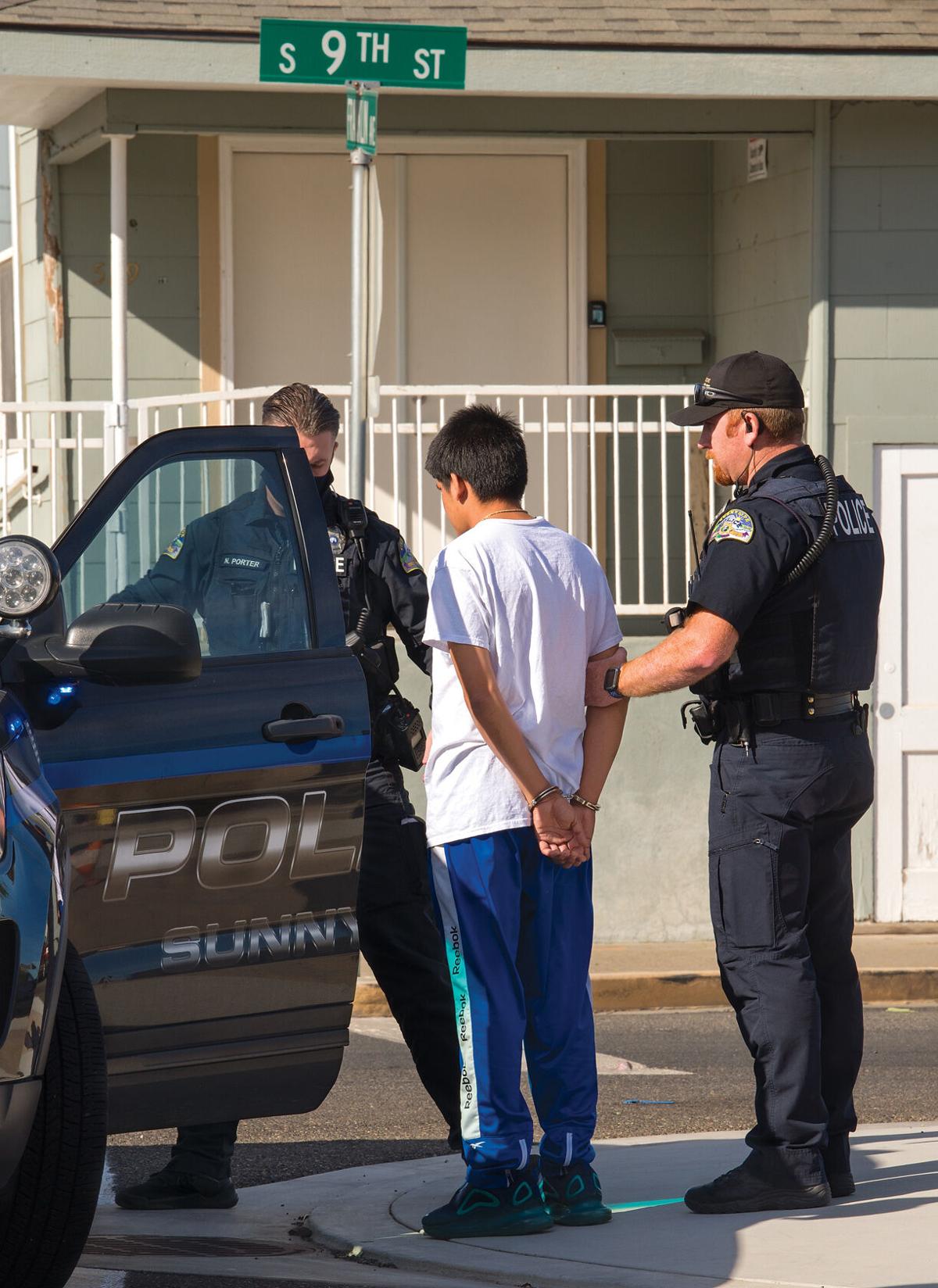 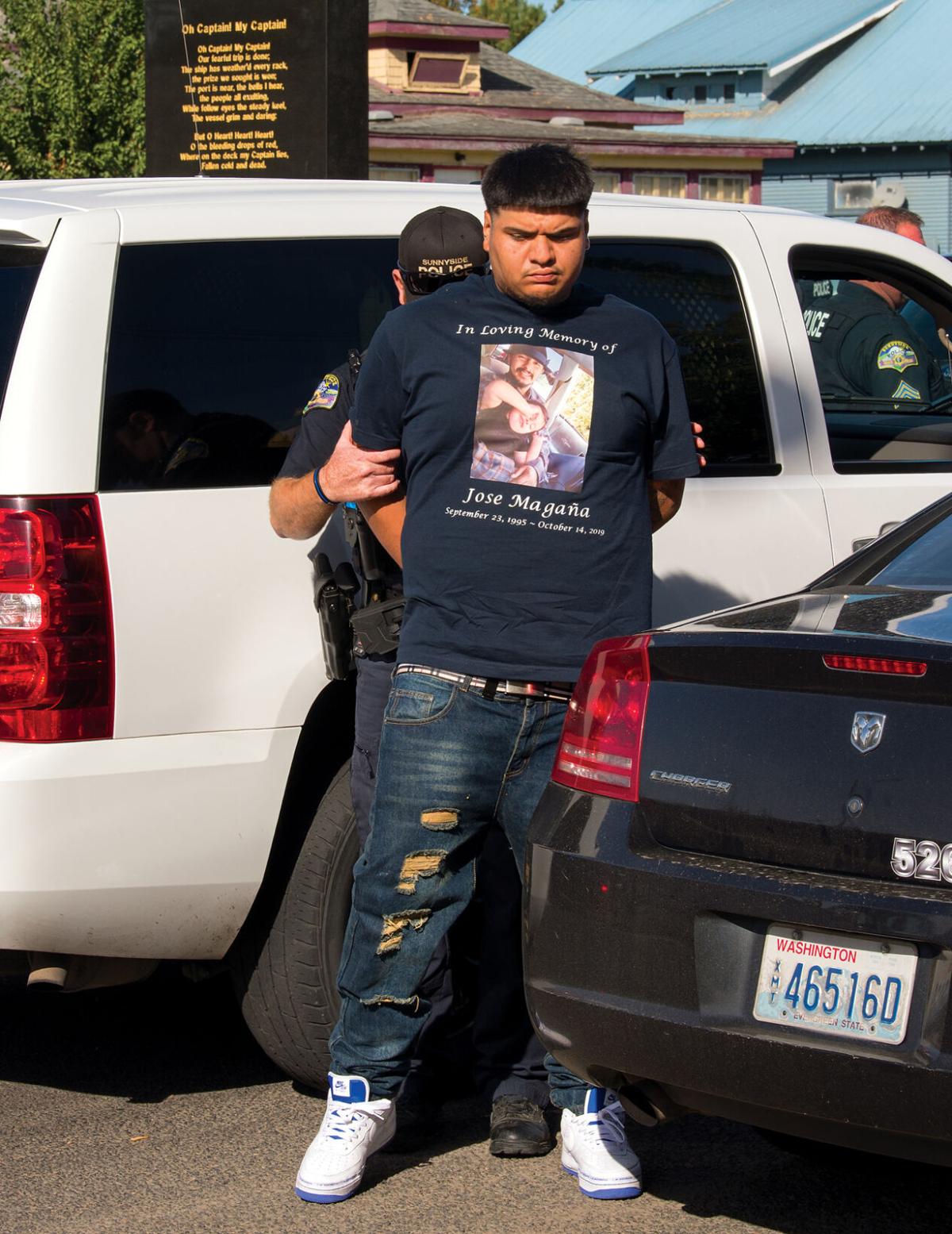 DRIVE-BY CRIME SCENE — Sunnyside Police respond to reports of multiple shots fired in succession during a drive-by shooting at the intersection of Ninth Street and Harrison Avenue this morning at approximately 10:50 a.m.

At approximately 10:50 a.m. Wednesday, Oct. 14, police responded to reports of multiple, rapid shots fired in succession during a drive-by shooting at the intersection of South Ninth Street and Harrison Avenue, according to Sunnyside Police Chief Al Escalera.

Reports state a bullet slug went through the walls of the bedrooms and in one residence, a bullet narrowly missed one student’s head by approximately two inches.

At 10:52 a.m., all Sunnyside schools went into “Secure and Teach” mode for about 20 minutes due to police activity, the School District posted on their website.

A police officer on scene at Washington Elementary School informed dispatch around 11:30 a.m., he found there were two impact points and one partial bullet. There were 60 persons in the building, with six of whom in the immediate vicinity, according to court documents.

“One of the bullets is going to be at the entryway, it went through the front door,” police relayed to dispatch. Police reports detail one of the bullet slugs hit just inches below a glass window where a school employee was sitting.

Law enforcement were processing the initial crime scene at Ninth and Harrison where a victim’s Ford Taurus was fired upon.

“We ended up identifying this one (a white Mercedes Benz sedan) as being potentially involved and were able to get behind it. The vehicle pulled over on its own and the stop was made,” Escalera acknowledged from the scene.

Police discovered the C300 model was part of the incident and two Hispanic males were taken into custody at the corner of Franklin Avenue and Ninth, Escalera reported.

The chief added they are looking for possibly another vehicle which may have been involved in the shooting and requested the public’s assistance with any information about the shooting. Contact the Sunnyside Police Department; 509-837-2120.

Investigators reported on Monday, Oct. 19, that a dark SUV was also involved in the drive-by.

“We do have an uptick in shots fired calls in the city,” Escalera added. He advised residents not to engage but to be aware and if they see it, to report it.