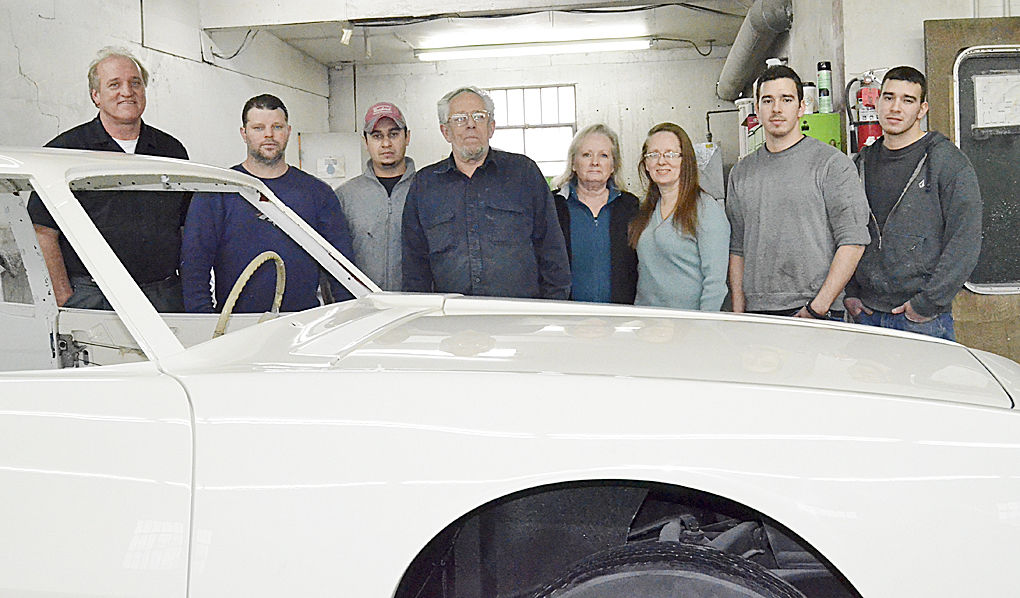 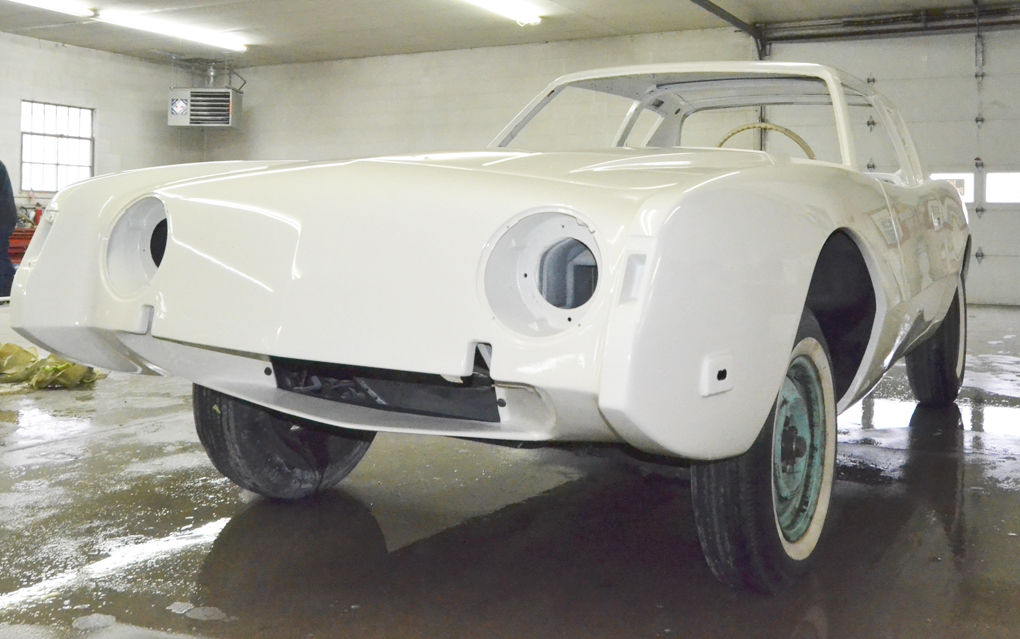 The Avanti I was one of the first vehicles built with aerodynamics in mind. Studebaker was known for the unique design, particularly the nose of the vehicle. 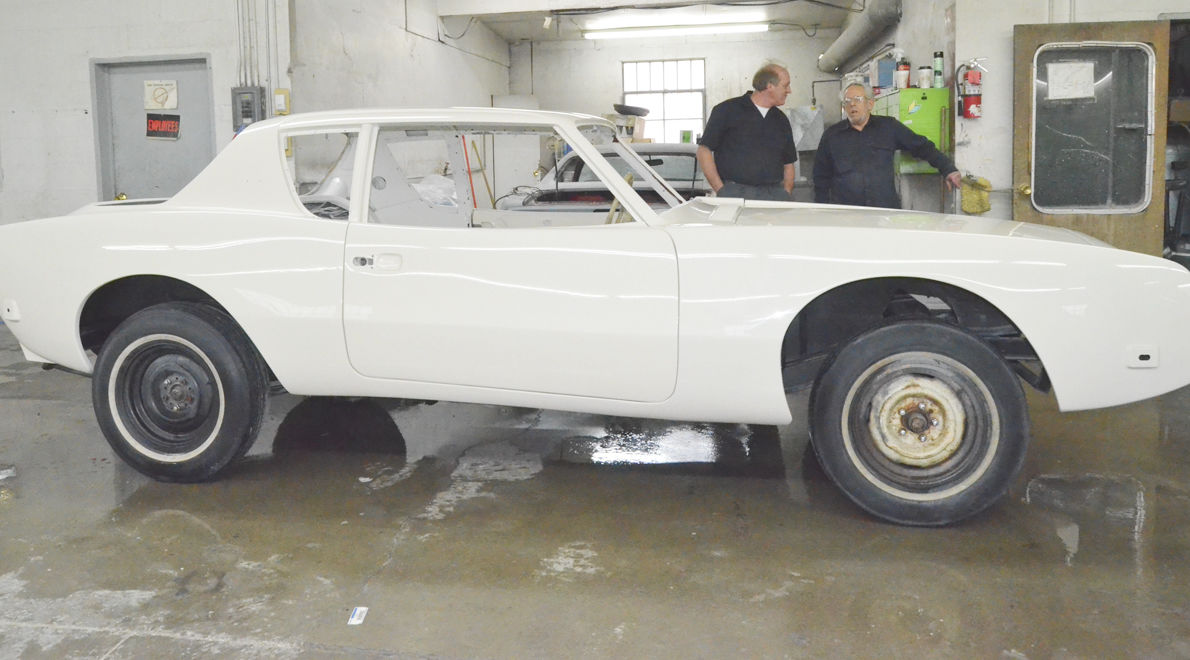 Rivets, body filler, netting and holes have all been removed from this 1963 Studebaker Avanti I, which will be on display at the LaMay-American Car Museum in Tacoma in the next few months. 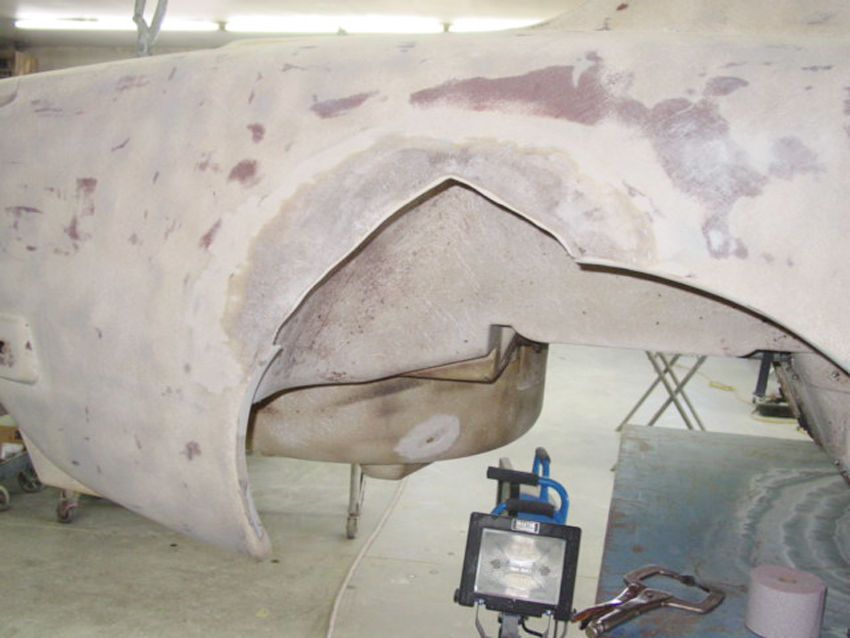 A big hole in the right rear quarter panel of the Avanti I has been repaired since it arrived in Sunnyside looking like this.

The Avanti I was one of the first vehicles built with aerodynamics in mind. Studebaker was known for the unique design, particularly the nose of the vehicle.

Rivets, body filler, netting and holes have all been removed from this 1963 Studebaker Avanti I, which will be on display at the LaMay-American Car Museum in Tacoma in the next few months.

A big hole in the right rear quarter panel of the Avanti I has been repaired since it arrived in Sunnyside looking like this.

Two long years and a lot of labor…that’s what it has taken to make the first Studebaker Avanti ever produced nearly ready for the road again.

This vintage vehicle has been lovingly restored by the employees of Sunnyside’s Advanced Collision.

Owners Ron and DeAnn Hochhalter have a love affair with the Avanti. The couple has restored and owned several Studebakers, a piece of America’s history, since they can remember.

Mr. Hochhalter said his first car was a Studebaker.

The Avanti was Studebaker’s answer to the Corvette. The first one off the assembly line, the very vehicle that has been a labor of love for the past two years at the Hochhalters’ business, was made in 1963.

“The original engine was a 289…it was a four-speed, four-passenger car,” said Mr. Hochhalter.

“It was the first car built with aerodynamics,” he said.

The Avanti I was built by Studebaker for two years before the company went out of business.

The sports car that will soon be shipped to LaMay-American Car Museum in Tacoma has been restored to its original splendor, including the original paint color.

“There was a big hole in the right quarter panel that we had to completely reshape,” said Hochhalter.

There were rivets from attempts to repair the body work and filler everywhere, he said.

Hochhalter said every part of the body required work. It was sanded four times before the lines were smooth again.

The Avanti I is also unique because its body was made from fiberglass. That meant any past “repairs” made with sheet metal and other products made the work a lot more tedious.

The Hochhalters said the work could not have been completed without the countless hours donated by their staff, as well as the generosity from Wesco of Yakima and PPG.

“With the time and product costs, the project would have been cost prohibitive without those who were willing to help,” said Mrs. Hochhalter.

The vehicle’s body has been restored and it will be on display at LaMay-American Car Museum as it is for a while. There is also a group of Studebaker enthusiasts at Bell’s Studebaker Diner and Museum in Bellingham who are preparing to install the interior, glass, gauges, engine and transmission, as well as wheels and tires.

“The vehicle will be drivable,” said Mr. Hochhalter.

Mrs. Hochhalter said the vehicle will be appraised for its value when it returns to LaMays with all its components.

To place a cherry on the top of this delectable piece of American muscle, the couple will also be sending their AVANTI1 license plate down the road with the car.

They said they had to give up rights to the plate so that it could be issued to the car, but they feel it is a fitting and appropriate contribution.

“Now all we have to do is get it loaded on the trailer,” said Mr. Hochhalter.