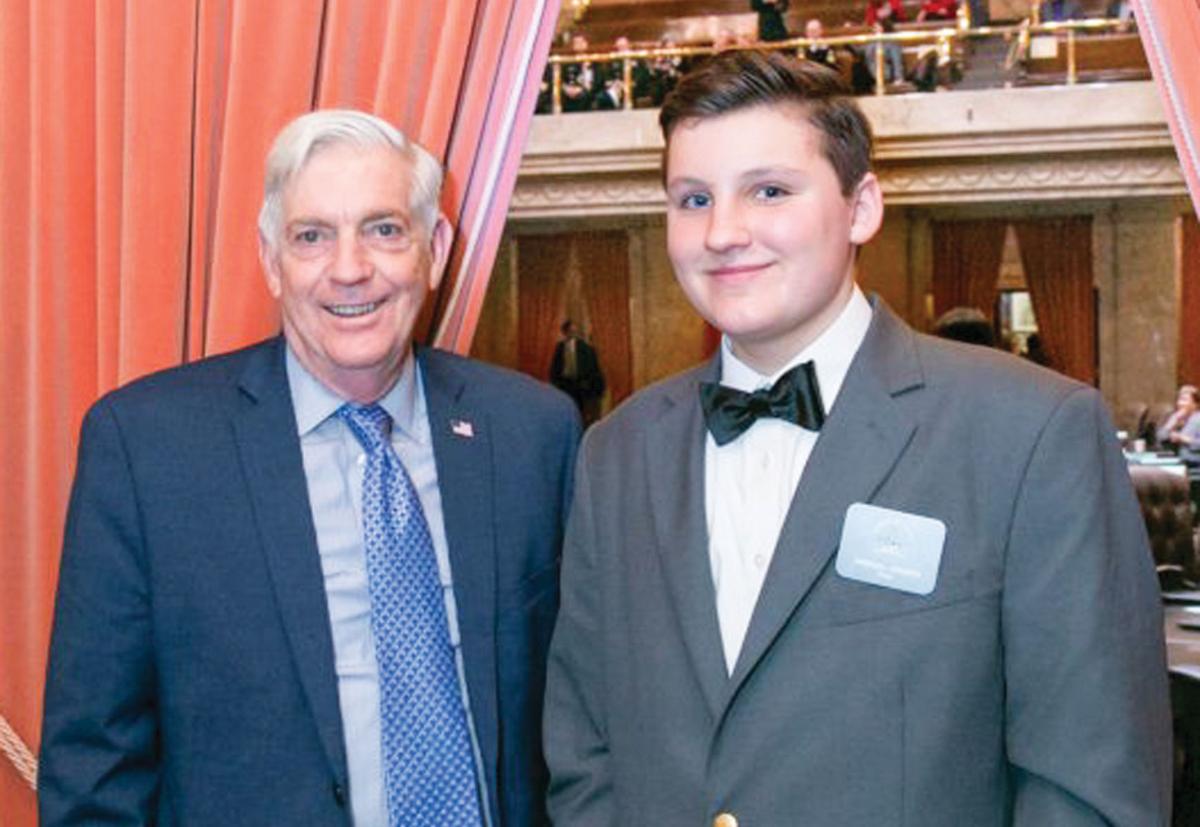 Samuel Jensen, Zillah teen page, smiling with his sponsor, Rep. Bruce Chandler at the week long page program at the House of Representatives. 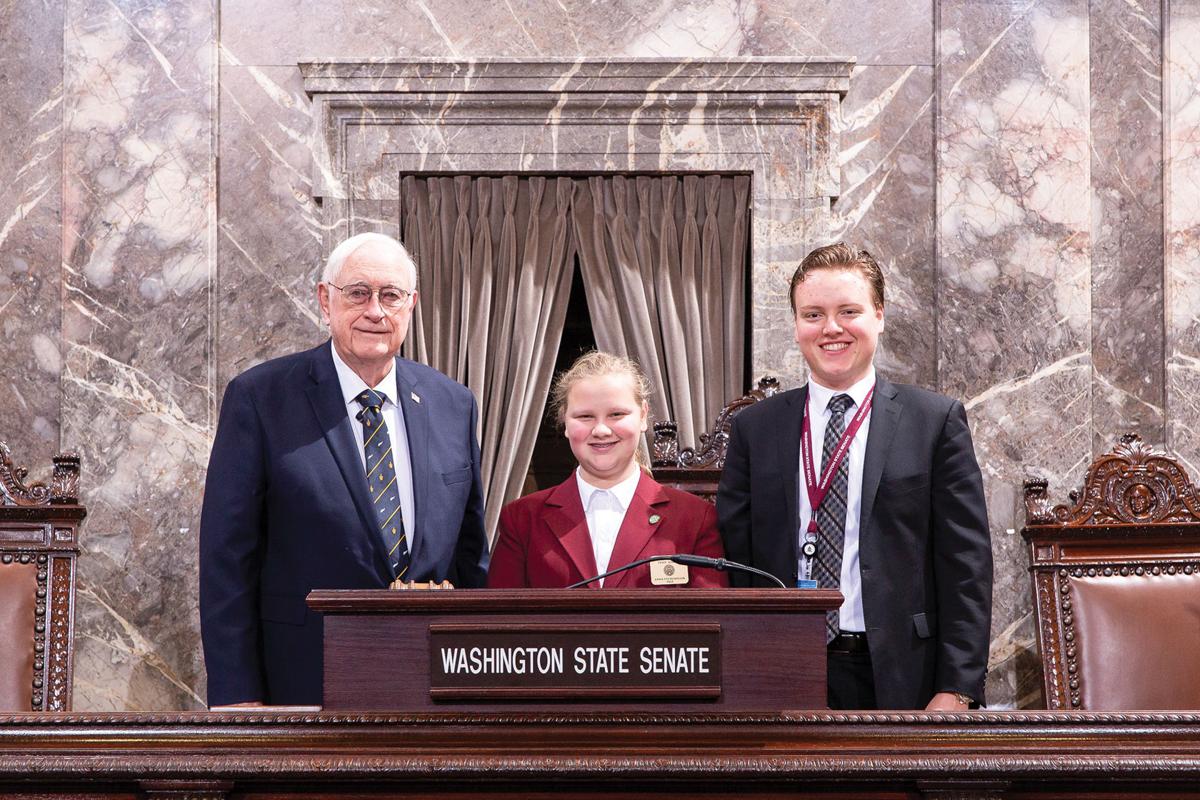 Samuel Jensen, Zillah teen page, smiling with his sponsor, Rep. Bruce Chandler at the week long page program at the House of Representatives.

OLYMPIA — Samuel Jensen, son of Kerry and Elizabeth Jensen of Zillah, made his way to Olympia and served as a page in the House of Representatives on Jan. 27-31.

“The page program is an excellent way for students from around the state to learn how our state works,” says Jensen’s sponsor, 15th District Rep. Bruce Chandler (Granger-R).

Jensen attended page school every day to gain understandings of the operations and actions of the Legislature. He partook in page duties consisting of delivering messages and documents to legislatures and staff.

The program also asks students to create a piece of legislation and present the bill in a mock committee to fellow pages.

When asked about his piece of legislation he worked on with other team members, Jensen proposed a bill on stricter rules for service animals in terms of making sure they have documentation from veterinarians and trainers.

“My favorite part of the program was getting to see things happen, watching bills go though. It’s not always a big argument like you see on TV,” Jensen said.

“She was eager to be a part of the action on the senate floor,” said the senator.

Anna said she learned a lot more than she thought she would, and she had a lot of fun listening to the senators talk about bills.