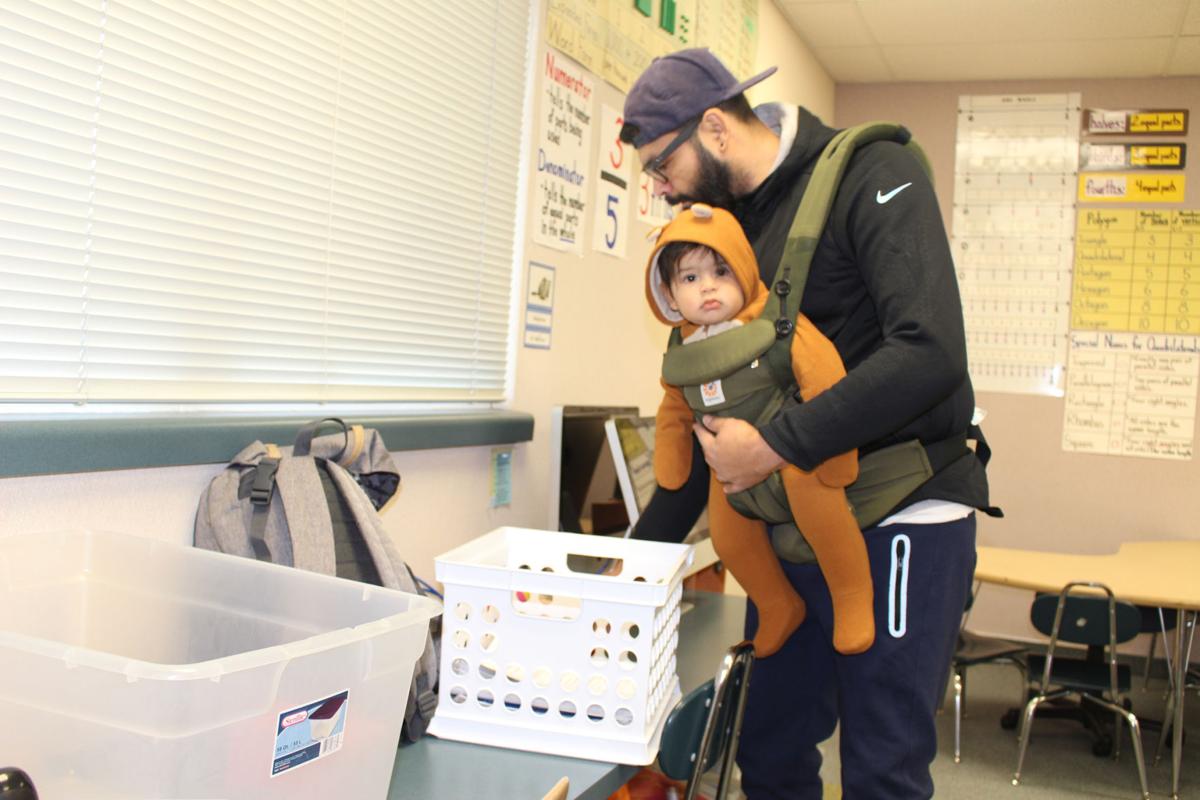 Pioneer Elementary School teacher Adolph Muller, with son Milo, took advantage of a two-hour window of time to remove personal items and learning materials from his classroom Tuesday, following the statewide school closure. The ban is expected to extend past April 24. 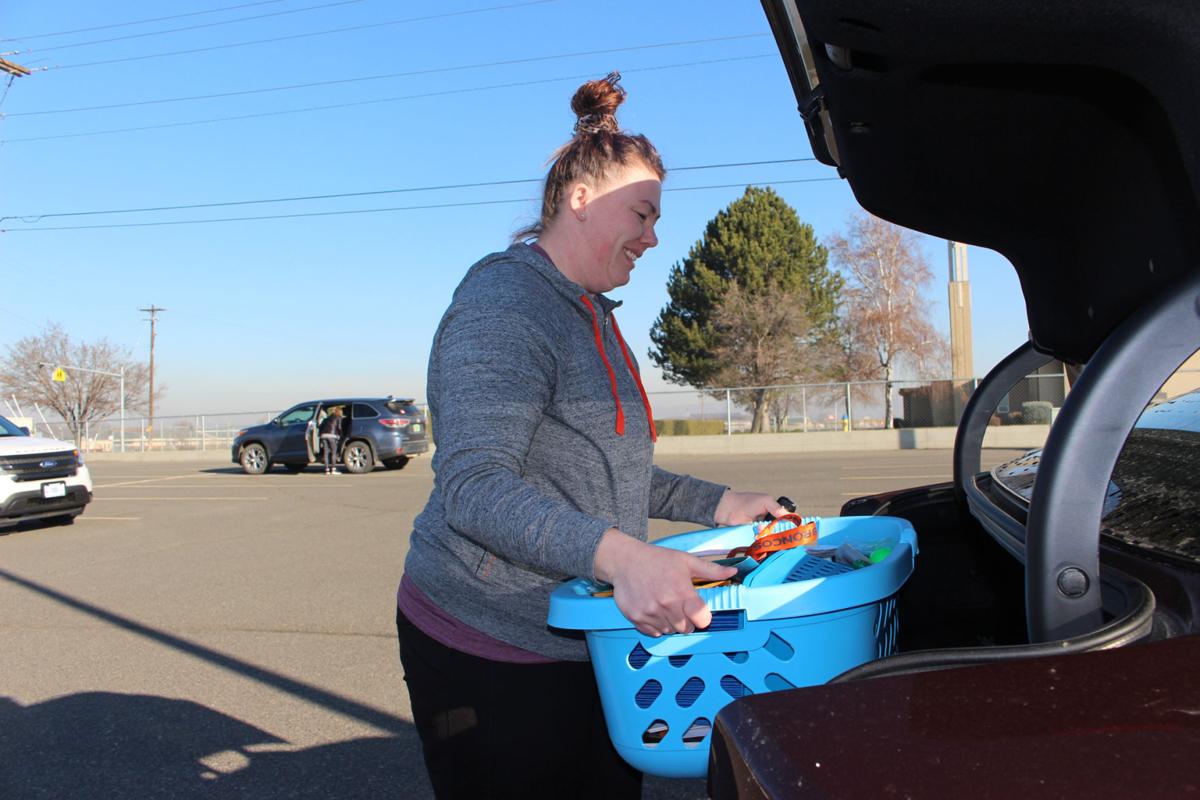 Packing a crate of school supplies out to her car Tuesday morning, Jennifer Spicer took advantage of a visit to her Pioneer Elementary School classroom before the Sunnyside School District locked the building doors. All district building and facilities will be closed to the public until April 24 at the earliest due to concerns surrounding the COVID-19 pandemic.

Pioneer Elementary School teacher Adolph Muller, with son Milo, took advantage of a two-hour window of time to remove personal items and learning materials from his classroom Tuesday, following the statewide school closure. The ban is expected to extend past April 24.

Packing a crate of school supplies out to her car Tuesday morning, Jennifer Spicer took advantage of a visit to her Pioneer Elementary School classroom before the Sunnyside School District locked the building doors. All district building and facilities will be closed to the public until April 24 at the earliest due to concerns surrounding the COVID-19 pandemic.

SUNNYSIDE — As parents are scurrying to deal with daycare for children home from school due to the coronavirus pandemic, education leaders across the Lower Yakima Valley met Monday, March 16 to deal with ways to deal with continuing education and food service delivery. By the end of the day, few details were available to the public.

By Sunday, March 15, all 13 Lower Valley schools had complied with Gov. Jay Inslee’s mandate that all Washington schools K-12 would be closed for the next six weeks due to the coronavirus (COVID-19) pandemic.

The closure came just a week before spring break in most school districts and is expected to continue through April 24.

“We want to reassure our parents and staff that we will be in communication with them as the situation becomes clearer,” District Communications Director Jessica Morgan stressed late Friday afternoon.

The Sunnyside School District staff had been scheduled to have a no-student day, due to a previously planned professional development day on Monday, March 16, but with the emergency closure of schools across the state on that date, “…our staff won’t be seeing the students until April 24,” she said.

Morgan said that included all sporting practices normally scheduled for this time of year.

Morgan said future communications regarding topics such as food services and parent teacher conferences were being explored as department heads met Monday afternoon. “We’ll be communicating via our website (sunnysideschools.org) with all future updates.”

As of late Monday, no new alerts were available on the school website.

Most local districts had already prepared text messages to go out to parents that all teacher conferences would be conducted by telephone to avoid large gatherings in the schools.

Sunnyside and Grandview districts both indicated they hoped to follow through with the teleconferences.

Grandview School District had been working out details for handling possible school closure prior to the governor’s ban.

“We had been working hard to alert our students, families and staff about pending the closure,” commented Grandview School District Communication Director Elena Olmstead.

Originally, the Grandview School District had expected to close on Tuesday, March 17, but announced Sunday, it too would be closed on Monday.

“We will be reassessing things like phone conferences over the next few days. We’ll have more information coming during this next week,” she added.

Mabton School District decided late Sunday afternoon it too would close its schools Monday rather than wait until Tuesday March 17, as originally asked for by Inslee.

The notice went up on the school’s website just after 8 p.m. Sunday.

Superintendent Joe Castilleja urged Mabton school families to stay home, and to check the district’s websites for updates. He said the school will also make use of text messages and its Facebook page to keep families informed of other developments.

As in other school districts, Granger School administration met Monday afternoon to determine how to go forward with dealing with students and families.

As in all other valley schools, no sports practices were being held.

Prosser also announced its school closures Friday, March 13, adding the cancellation of all events as of March 16.

As in other districts, Prosser School District called for the suspension of all community facility use of indoor facilities, according to Prosser School Superintendent Matt Ellis.

In addition, Ellis said childcare will be provided for those who work in medical first response professions and for homeless students.

Look to your local school district’s website and the Sunnyside Sun for more updates.