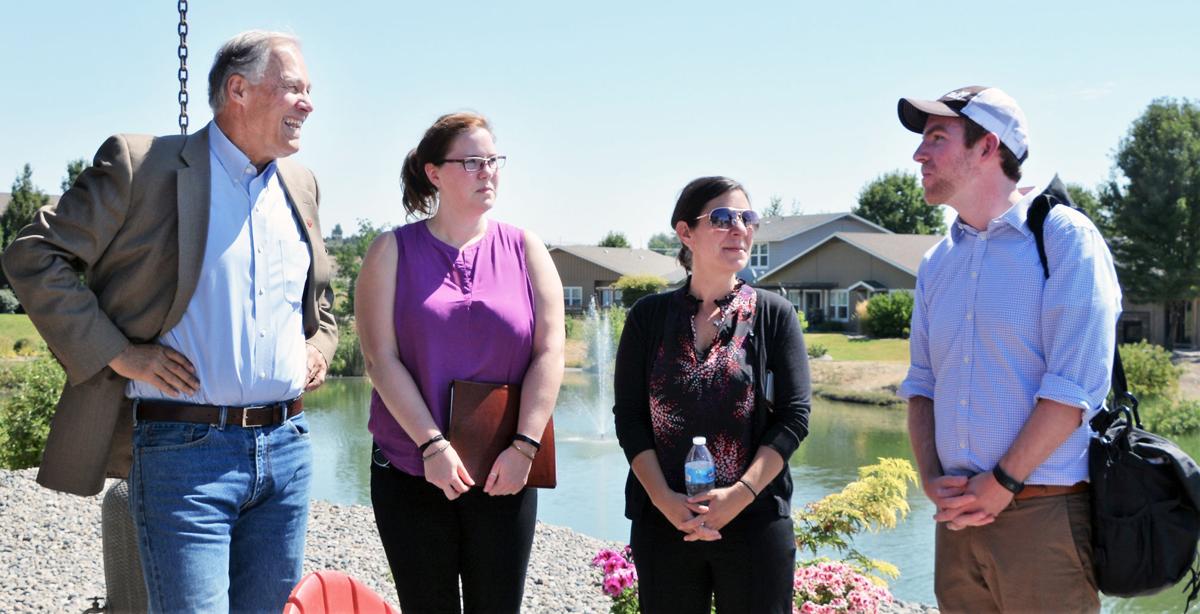 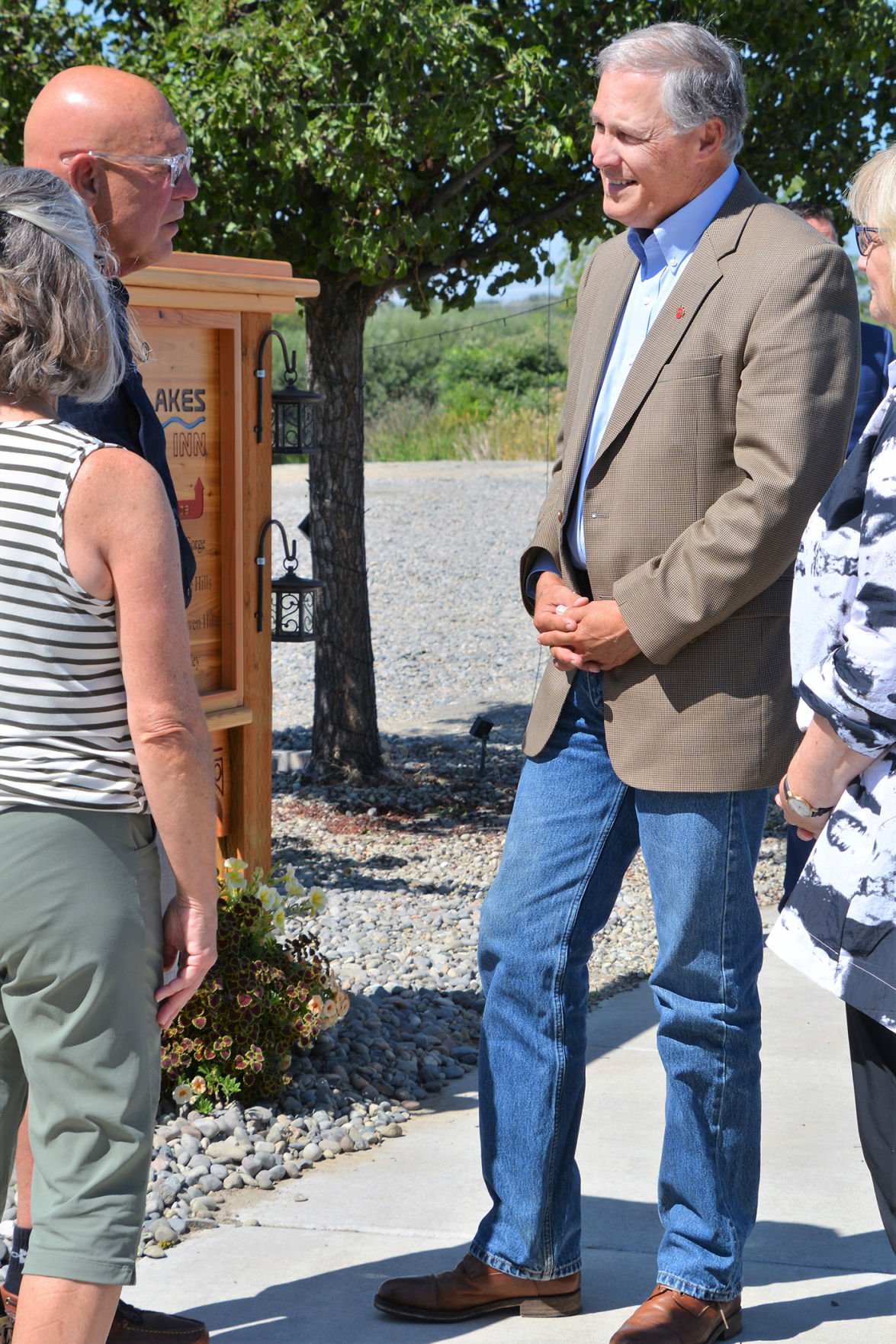 A development that was once in question, thanks to the recession of 2008, is now flourishing in Zillah.

Zillah Lakes Inn is part of that development, and Gov. Jay Inslee was in the Yakima Valley to visit the establishment Wednesday, July 25, to learn about its solar installation project.

The project was completed with funding from Craft3, a Seattle-based non-profit to which the state has awarded monies from the Clean Energy Fund.

The Legislature has approved $116 million in funding to different programs, awarding grants to non-profits like Craft3.

The non-profit focuses on projects that reduce emissions, and he said, “Success, as a non-profit, is losing a client.”

That’s because the client has graduated to qualify for traditional lending.

In addition to installing solar power that is part of the energy grid, the Inn’s manager, Doug Lakman, said there are rain barrels that collect 50 gallons of water apiece.

He told Inslee the water is used on the low maintenance landscaping on site. The showers use 50 percent of water because they are air-infused, and the air conditioning measures a room’s climate.

“We sell everything above 500 (kilowatt hours),” Lakman said of the power generated by the solar system.

“Small things add up to big things,” he said.

A brief tour of the Inn had Inslee asking a few questions regarding the entire development in which there are 75 homes and plans to expand.

Lakman said he would also like to expand the Inn, which currently has seven rooms.

Inslee asked Seip about qualifications for the project funding and was told Craft3 conducts a typical application process.

“There aren’t as many regulations,” Seip said, adding later that strong underwriting is key to the success of projects his organization funds.

“Impressive is not just the solar system, but the water and maintenance that is minimized and eco-friendly,” Inslee said.

Zillah City Administrator Sharon Bounds was also provided the opportunity to tell the governor about a road project from the development to the city. That project has hit a proverbial bump in the road as state funding that would have helped the project was taken away.

Bounds said the road would allow additional development and act as a trigger for another developer.

Lakman said the road would literally pave the way for a future assisted living facility, as well as additional housing.

Bounds said the road project is currently about $3 million behind due to funding challenges.

In addition to the stop in Zillah, Inslee visited the Northwest Community Action Center in Toppenish to learn about its weatherization program.