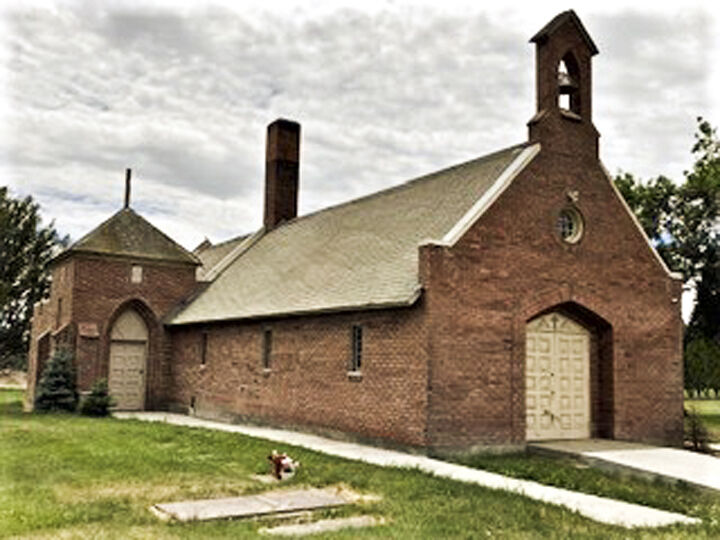 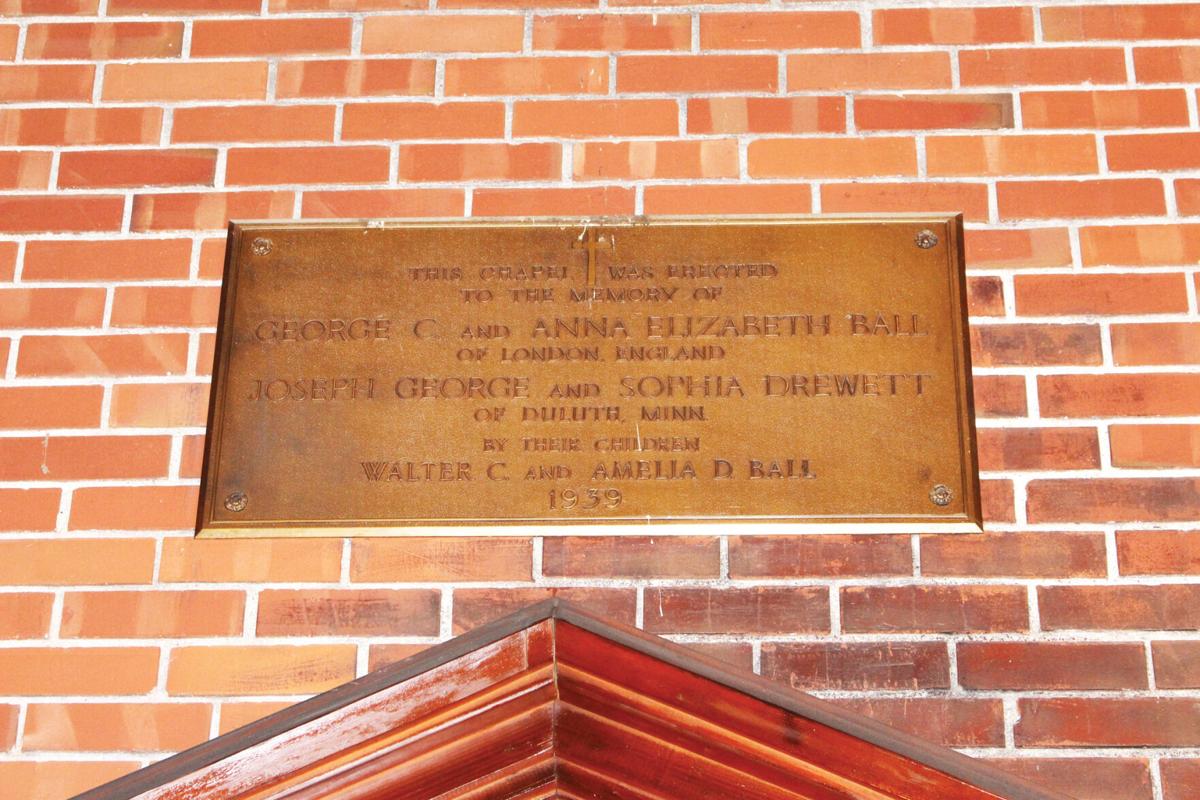 A large brass plaque in-stalled above the altar, marks the year the chapel was dedicated – 1939.

A large brass plaque in-stalled above the altar, marks the year the chapel was dedicated – 1939.

If you are seeking an outdoor location filled with history, add the Sunnyside Cemetery to your list of places to visit.

Located on the west side of Cemetery Road and the north and south sides of Van Belle Road, the cemetery is a fabulous place to partake of history.

Now managed as one cemetery, it was once separate cemeteries. The Old Sunnyside Cemetery, located to the north of Van Belle Road, is the oldest. To the south of Van Belle Road, the Sunnyside Memorial Cemetery was established next and the Lower Valley Memorial Gardens most recently. Regardless of age, the entire cemetery is worthy of a stroll for history lovers.

The Sunnyside vicinity did not always have a public cemetery. In its early years pioneers in the area were interred in private cemeteries located on private land.

In the spring of 1900, as the population of the area grew, community members began discussing the need to organize a public cemetery. By March citizens had decided to purchase ten acres north of Sunnyside on Section 13 to use as a cemetery, the present site of today’s older section. After the purchase of the property the Sunnyside Cemetery Association was officially formed. Thirty-one people were reported as being members of the association and a board of trustees as well as officers were elected.

One of their first tasks was to determine how to make the new location more appealing while also organizing the removal of existing graves from private cemeteries and interning them in the new cemetery.

A stroll through this section while looking at the names and dates of those buried within will reveal prominent area families who had roads named after them, as well as veterans of wars and the years of tragic epidemics that afflicted the community.

One of the prominent citizens buried in the old section is James Henderson. James was born in Wisconsin in January of 1868. He relocated with his family to Minnesota when he was two years of age and remained living there through his youth. Later, he moved to North Dakota to further his education, returning to Minnesota where he owned and operated a pharmacy and married Isabelle Brown.

After their marriage they moved west with Isabella’s parents and settled in Sunnyside in approximately 1899. After arriving James began farming, becoming one of the noted pioneers for agricultural development of the area. He also opened a successful pharmacy in the city.

Work was not the only thing that kept the Henderson’s busy. The couple had five children and were socially active in the community. James served as a Justice of the Peace, on the school board, and as the cities first elected mayor when the city incorporated in 1902. However, most remember him for his successful pharmacy in the city.

South of the roadway, in the former Sunnyside Memorial Cemetery, one will find the Ball family graves.

The Ball family operated the most notable funeral home in Sunnyside’s history, helping to bury many of those interned in the cemetery.

Walter Charles Ball was born in London, England. In 1889 while still residing in England, he married his wife, Amelia. Within months of their marriage the couple immigrated to America, settling for a time in Minnesota where they welcomed two sons, Herbert, and Percival to their family.

In 1905 they moved west and settled in Sunnyside. Walter was the fifth-generation family member to work in the undertaking business.

After arriving in Sunnyside, he combined three old undertaking businesses to form the Sunnyside Undertaking Company. The company had a chapel, a display room for caskets and a Winton Six hearse. Eventually the business was changed to reflect his name.

Not to be overshadowed by her husband, Amelia was also involved in the business. She made local and state history when she became the first woman in the state to become a licensed undertaker.

She is reported to have worked alongside Walter conducting the embalming at their business.

In 1911, they welcomed their last child, a daughter named Margaret. Eventually the family started the Sunnyside Memorial Cemetery and erected the building that still stands within the cemetery. It was designed by Walter and Amelia’s son Percy to resemble the Chingford Church in England.

Since its completion, the building has had various purposes, including housing the location of the Ball Funeral Home crematorium as well as a chapel.

Walter passed away at the age of 70 from diabetes. His burial was handled by none other than the Walter Ball & Sons Funeral Home. The family laid him to rest in the Lower Valley Memorial Gardens near the very building they erected. His sons continued to run the family’s funeral home business until 1973.

Since Walter’s death, Amelia and other family members were laid to rest next to Walter. To help preserve the history of their business and those buried in the valley, the Ball Funeral Home’s early records were shared with the Yakima Valley Genealogical Society Library who has them available for viewing and research. The building that once housed the Walter Ball & Sons funeral home business was also preserved when it was donated to the City of Sunnyside. It now serves as the home of the Sunnyside Historical Museum.

Last, but not least, the newest area of the Sunnyside Cemetery is the Lower Valley Memorial Gardens, also located south of Van Belle Road.

Although most in the area would recognize this section of the cemetery since it is newer, a stroll through this section is also a worthy glimpse of the area’s history.

In it one can find more modern burials as well as those of the many Veterans who valiantly served our country at the War Memorial dedicated to the soldiers of the Sunnyside vicinity.

Ellen Allmendinger can be contacted at email History@SunnysideSun.com