Born in 1845 in Vermont, Genevieve Hutchens was only 16 years old when she graduated from Fort Edward College in New York. Graduating from college as a teenage girl in the 1840’s was rare; however, it was only one of Genevieve’s many accomplishments.

Married twice, Genevieve’s first married Dr. John F. Stevens. The couple settled down in Michigan with his children from a previous marriage. They also started their own family. Dr. Stevens passed away in August of 1887, leaving Genevieve a widow with several children. After his death she relocated to Iowa and married Joseph Lannin in early 1894. Although the couple had no children together, she became the mother of Joseph’s children from his previous marriage. Being a mother to so many children was not the only thing that kept Genevieve busy.

In the Spring of 1894, Genevieve and Joseph moved west and settled in Sunnyside. They are noted as building the first plastered and painted house in the area, although their other accomplishments would soon overshadow that. In October of 1894, the couple started the first literary society in Sunnyside. Afterwards, while Joseph focused on being a city councilman and a horticulturist for the state fair, Genevieve was busy providing literary materials for the residents of Sunnyside.

After collecting books for years Genevieve rented a building in Sunnyside and opened the first public library in the city. The money needed to maintain and rent the building was raised through various fundraisers. While operating the library she also served as the first President of the Library Association of Sunnyside. Realizing that Sunnyside needed a better library facility, Genevieve played a key role in receiving Carnegie library funding. In 1910, the community raised $5,000 for the new library, $2,000 of which Genevieve contributed herself. With the Carnegie funding a site was selected, bids were solicited, and construction began. The new Sunnyside Carnegie Library was opened to the public in 1911. Once open she also served as one of the librarians.

Genevieve was also active in various organizations and events. She served as the President of the Yakima County Women’s Civic Improvement organization, the Vice Chair Librarian for the State Federation of Women’s Clubs, the Vice President of the Beautiful Sunnyside Club, was a a member of The Women’s Civic Improvement Club of Sunnyside, helped to organize the first observance of Memorial Day in the city, was responsible for the first organ for the Sunnyside schools, and avidly promoted the Sunnyside Fair. Interestingly, she was also credited as being the very first person to start the very first Women’s Roosevelt Club in the world. In August of 1912, her efforts in starting the club were rewarded with a letter from Theodore Roosevelt himself, expressing his gratitude.

Genevieve was still working as the Sunnyside librarian in August of 1913 when Joseph passed away. The family laid him to rest in the Old Sunnyside Cemetery. Three years later, in October of 1916, she suffered a stroke while attending an Eastern Star meeting. In November she died of a cerebral hemorrhage.

Genevieve’s literary and community accomplishments were honored when her funeral service was held at the Sunnyside Carnegie Library on November 19th, 1916. Her body was brought to the library in a plush gray casket made by the Oregon Casket Company. After the service she was laid to rest next to Joseph. The Sunnyside Carnegie Library remained standing for years after her death, serving as a reminder to many of her literary dedication to Sunnyside. 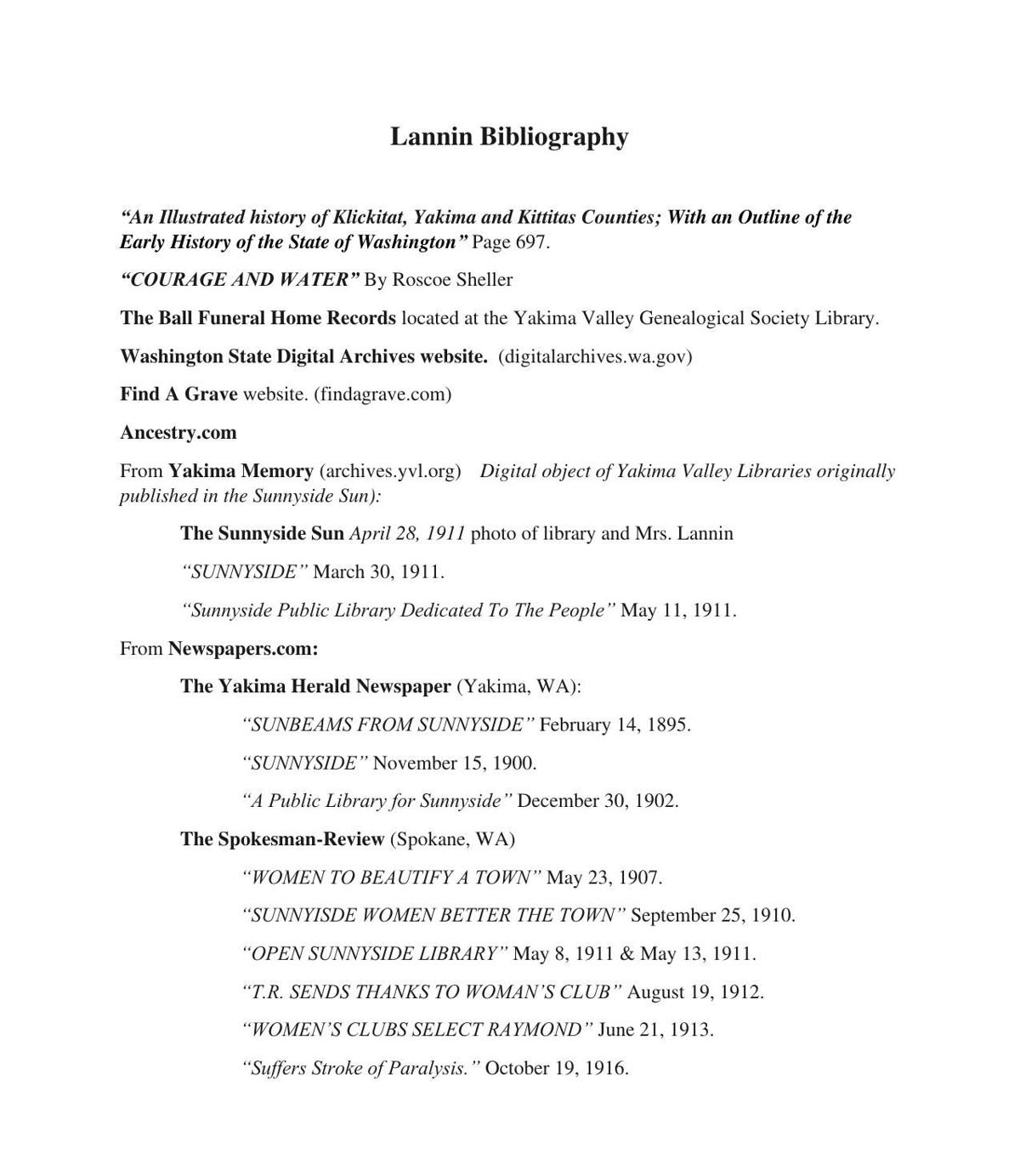 Ellen Allmendinger can be contacted at email History@SunnysideSun.com.