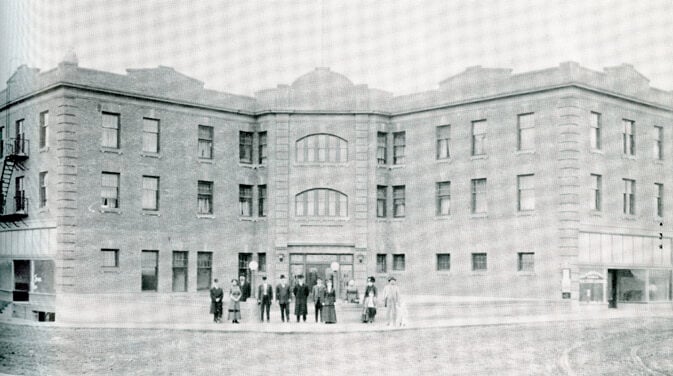 The Highline Hotel in Granger, shortly after construction, 1910. 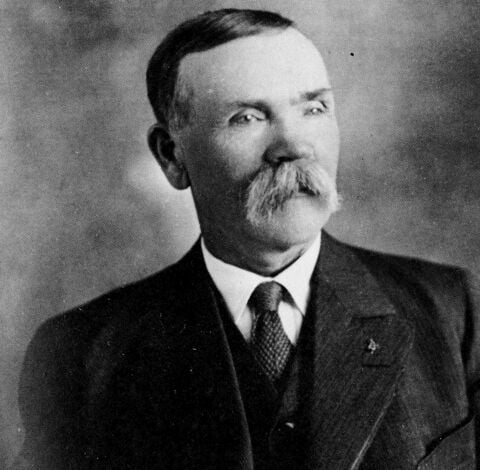 The Highline Hotel in Granger, shortly after construction, 1910.

GRANGER — Born in Norway, Mr. Olof Olson arrived in the United States at the age of sixteen. After marrying his wife Mathilda, they made their home in Maple Valley, Washington. It was there that his wife raised their eight children while Olof traveled throughout America and Canada working as a contractor responsible for the driving of railroad tunnels and the drilling of irrigation and hydro-electric tunnels. During his fifty years of working as a contractor Olof gained the respect of many while also earning a substantial income that allowed him to loan money to others. One such loan was for the completion of the Highline Hotel in Granger, Washington.

When construction of the Highline Hotel began, the builder needed funds to complete the project. Familiar with Granger from his railroad work, Olof gave a loan for the hotel’s completion. He also became the hotel building’s owner. Built of brick, the Highline Hotel stood three stories high and had 75 rooms. When the hotel opened in 1910 it towered over Granger and was one of the largest hotels in Central Washington.

Olof did not relocate to Granger to manage his new building. Rather, Ellen Donnelly successfully acted as the proprietor of the hotel. Eventually, management was turned over to the Moran family, who were also from Maple Valley. The Moran’s successfully operated the hotel until it became evident that a large hotel in Granger was no longer feasible. The hotel was closed, and the building doors were locked. Subsequently the building sat vacant for some time.

In early 1920 the Upper Columbia Conference of Seventh-day Adventists had outgrown their Lower Naches facilities and were searching for a location that would accommodate the opening of a larger academy. The empty Highline Hotel building was large enough to suit their needs. By June of 1920 they had leased the building from Olaf and began restorations. Such renovations included the installation of new plumbing facilities, which had been stripped after the start of World War 1. The Adventists were able to complete the renovations in time to open the Yakima Valley Academy in the fall of 1920.

Fifty students enrolled in the Yakima Valley Academy the first year of operation. The school was successful enough in its first six months of operation to purchase the building from Olof for $14,000 in December of 1920. Over time, attendance at the school increased and changes were made to the building and grounds to accommodate the faculty and students. Changes in the ages of the school children also occurred. At one point the school taught children from elementary age to high school. Later it changed and operated as a co-educational boarding school for high school aged girls and boys.

Students attending the Yakima Valley Academy in the early 1940’s were expected to develop and display a Christian Character. Those who applied to attend the school were required to have a medical physical performed prior to being accepted. Any issues with a student’s eyes, teeth or throat also had to be resolved before being accepted as a student.

During the 1944/45 school year the academy offered a variety of coursework including history, science, math, English and Spanish, music, and vocational subjects that included woodworking and home economics. During World War II the academy modified their coursework and facilities due to the wars economic impact. Such changes included ceasing to offer baking courses and closing the school’s bakery. The costs paid by families to send their children to the school during the war was not cheap. Local students not needing boarding paid approximately $130 per school year to attend. Students needing boarding paid an average of $370 per school year and were expected to perform an average of 40 hours of labor a month.

The 1944/1945 academic school year was the last operational year for the Yakima Valley Academy. After successfully running the school within the walls of the old High Line Hotel, the Adventist Church decided to close the facility in Granger and relocate to Spangle Washington, where larger facilities were available.

After the closing of the academy the third floor of the building was removed, and revisions were made to accommodate the opening of the Granger Junior Academy. The new academy consisted of teaching children from the first to the tenth grades. Classes were held on the first floor with housing on the second. In 1961 the school structure was changed to only educating through the 8th grade. Soon afterwards the facility stopped serving as a school entirely and the building once again sat empty.

The next organization to occupy the building was the Northwest Rural Opportunities (NRO), a nonprofit community organization. After leasing the building, they made necessary repairs and opened the site as an employment training facility for farm workers.

By 2005, the building was owned by the Northwest Communities Education Center (NCEC). The NCEC was the final owner of the building before it was torn down and replaced with the new Granger Community Service Center Building. Driving past the building few, if any, remember the lots historic impact on Granger and Central Washington.

Ellen Allmendinger can be contacted at email History@SunnysideSun.com