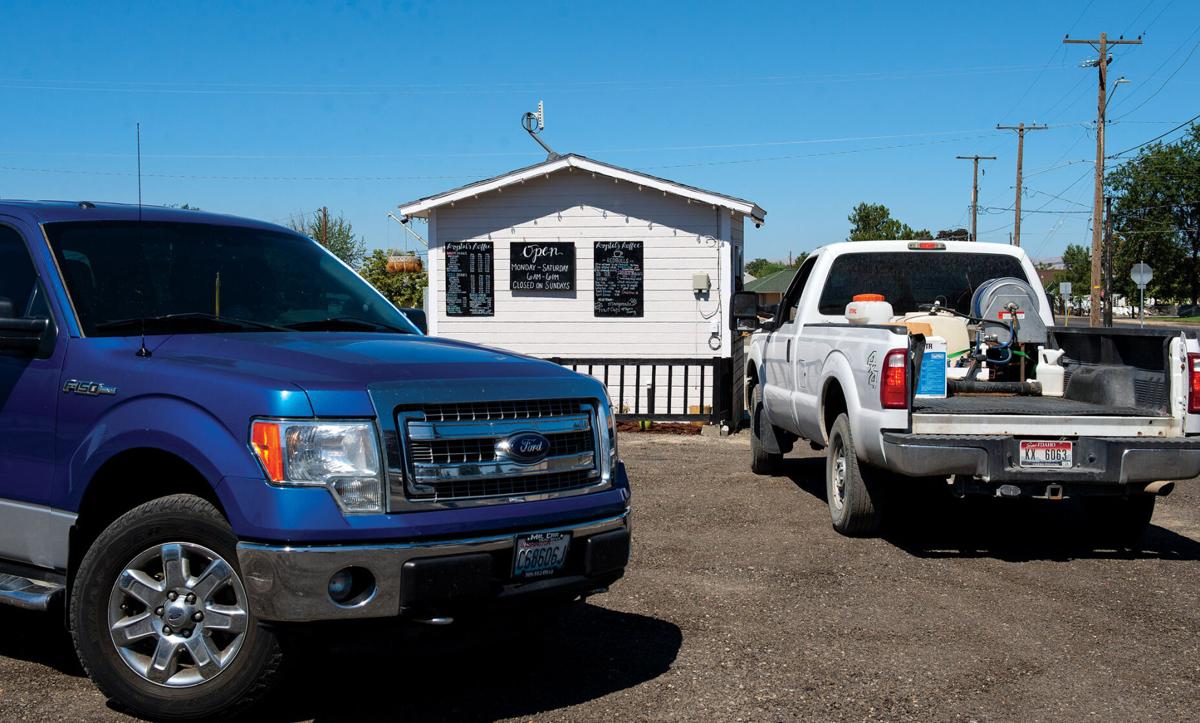 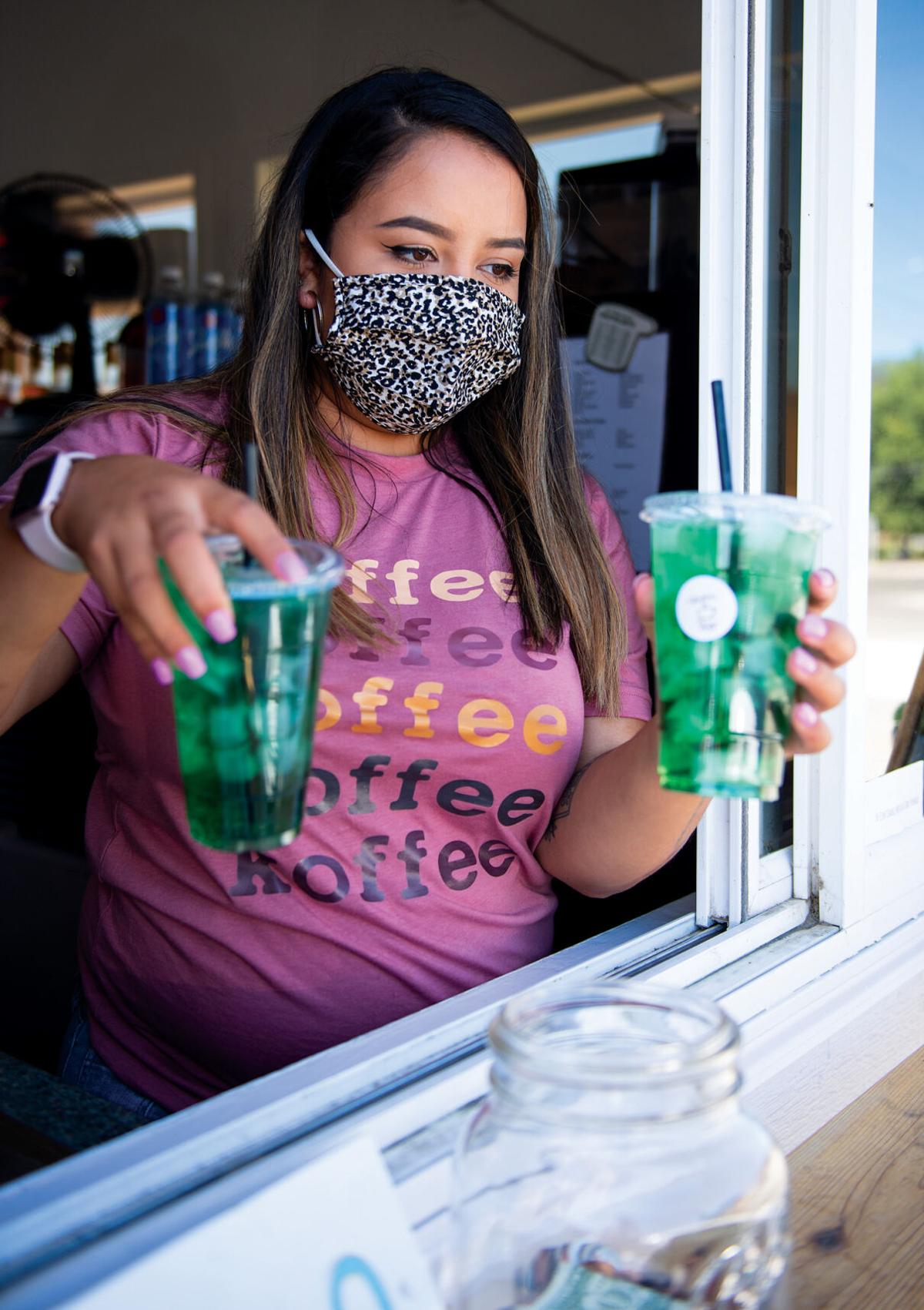 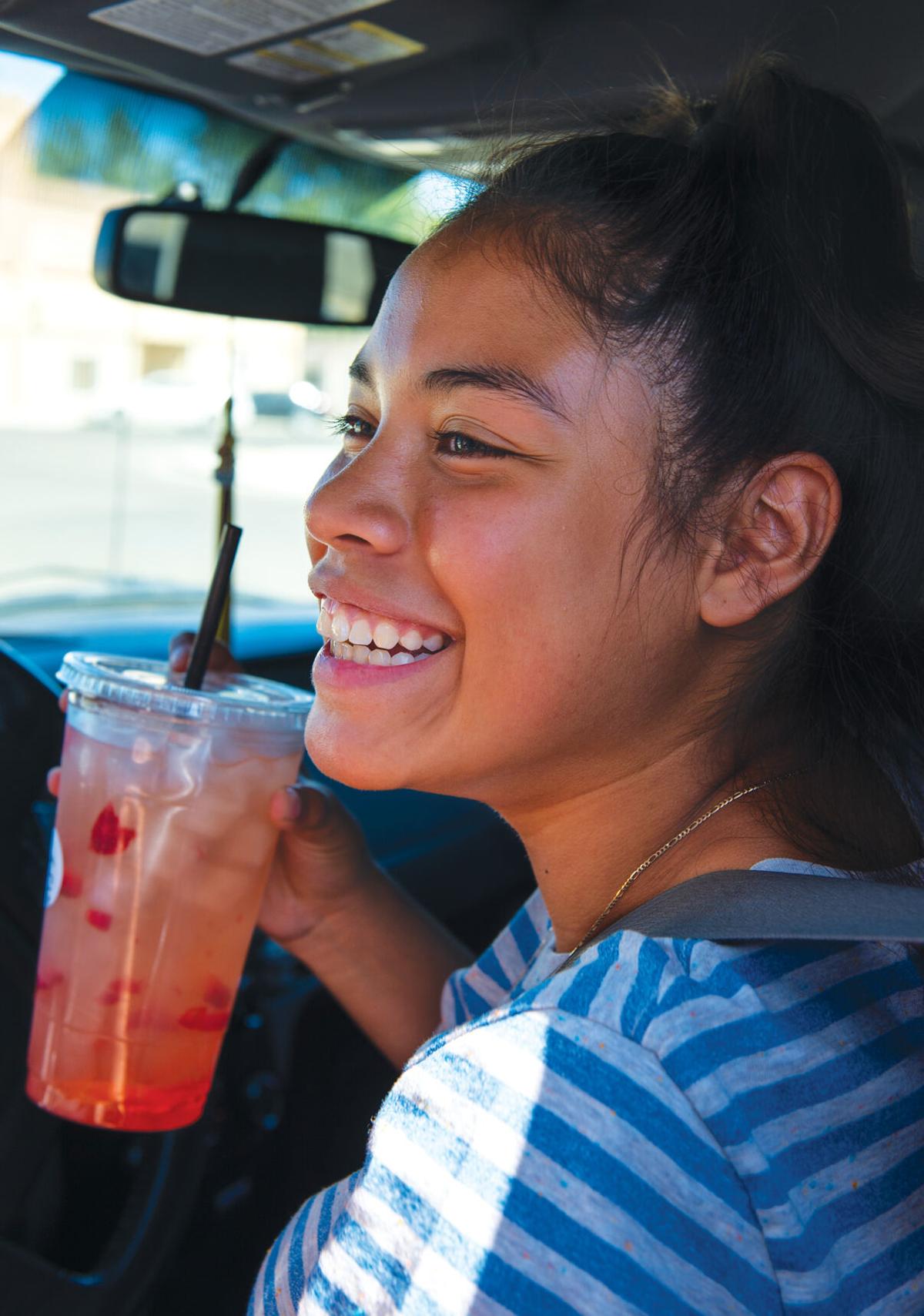 MABTON — There is a collection of family friendly, cheerful drinks for daily refreshment being crafted at Krystal’s Koffee, a new drive-thru which opened to an enthusiastic line of motorists which stretched beyond their 301 North Main Street location.

The youthful and enterprising startup with a lively vibe livened up the corner of B Street, adjacent to the Police Station on Monday, Aug. 10.

Local entrepreneur Krystal Bravo is a Grandview High School and Yakima Valley College graduate who also attended Heritage University before establishing her independent business. The outgoing and spirited proprietor said she chose to embark upon this adventure to challenge herself in being the best she can be.

“Our first week has been great so far. It’s nice to be able to serve the community of Mabton and being your own boss,” Bravo candidly expressed. “Communicating with people who come through and to learn about their daily life is what I enjoy about the coffee service industry.”

As temperatures near the triple digit mark, Krystal’s Koffee makes an exotic array of iced cold specialties with an energy blast of Red Bull like the popular Cucumber Heaven or Summertime Sipping drink and not to be out shaken, there are also seven tropical flavors of Bubble Tea to tickle the taste buds.

“We have about 27 flavors of flavoring so then you can add that to any kind of Italian soda, red bull, lemonade or iced tea that you would like,” the 20-year-old stated. “We have drinks that would be refreshing for the entire family. Older folks to children and anybody who has sugar-free needs, we also have options for them as well.”

Krystal’s Koffee, located in the historic center of downtown is open from 6 a.m. to 6 p.m., Monday through Saturday. Bravo said she has three part-time baristas working rotating shifts throughout the day with her.

“We’re going through ice like crazy right now. So, we have a lot of cold drinks going out our window,” Bravo happily described as the blender motor revved with a powerful churn reverberating from within the shack.

Like the floral aroma from the morning cup of first awakenings, Bravo is beginning her career with a savory goal of keeping close to family. She wanted to be vested in a profession that would help accomplish her self-employed objective; to be in charge of her future.

Being the boss means waking up at 4 a.m. daily and working past 6 p.m. she said. The hours and responsibilities are much different than she’s accustomed to but remains excited at making the adjustment in launching her independent operation.

“You see a lot of different people from many backgrounds. Everybody needs to be just treated with respect and to know that they’re your customers,” Bravo acknowledged while she handed a happy motorist their large iced, blended drink.