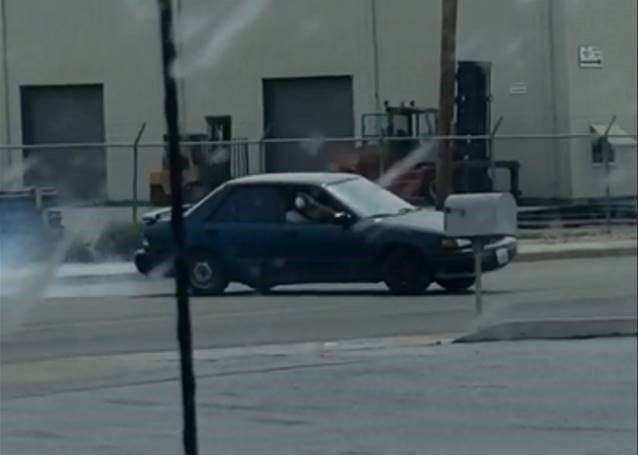 CAUGHT ON VIDEO — Sunnyside Police are seeking information regarding this green 1994 Mazda Protégé which was seen fleeing the scene of a daylight shooting at the intersection of South First Street and South Hill Road on the afternoon of Wednesday, April 29. 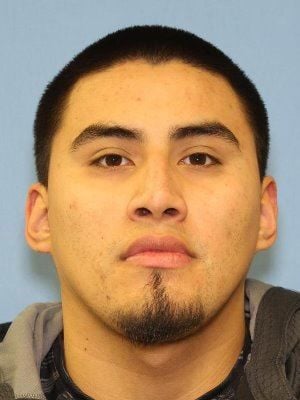 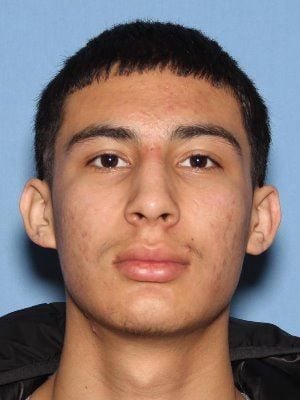 CAUGHT ON VIDEO — Sunnyside Police are seeking information regarding this green 1994 Mazda Protégé which was seen fleeing the scene of a daylight shooting at the intersection of South First Street and South Hill Road on the afternoon of Wednesday, April 29.

This story has been updated.

SUNNYSIDE — The juvenile involved in connection with shots fired in the area of South First Street and South Hill Road on the afternoon of Wednesday, April 29 has turned himself in, according to Commander Scott Bailey.

Identified as Randy Fernandez, 17, of Sunnyside. he was wanted for questioning regarding the noon time incident which involved two cars shooting at each other at the busy intersection.

“We are continuing to look for Noel A. Chavez, 24, also of Sunnyside,” he added.

Chavez is described as 5’7”, weighting 180 lbs. Chavez reportedly has a tattoo of an ‘N’ on the side of his neck.

The men are suspected of having been involved in the shooting incident which involved two vehicles at the South Hill Road intersection.

“At least one of the vehicle occupants shot at the other, according to reporting parties,” Bailey stated.

During the gunfire, multiple vehicles were struck by the fleeing vehicles, but none sustained damage from the gunfire.

“No injuries to bystanders were reported,” Bailey added.

A vehicle caught on security footage of the nearby Chevron had also been recovered and is now considered evidence in the investigation.

Another of the vehicles involved in the shootout was located a short time later and has been taken into evidence, Bailey announced.

Law enforcement began immediately searching for the two vehicles involved in an exchange of gun fire which caused a three-car accident at the intersection.

The area was blocked off and traffic was rerouted as Sunnyside officers collected shell casings and interviewed victim witnesses, whose vehicles were involved in the melee as they attempted to get out of the shooters’ line of fire.

Marlene Magana of Sunnyside had just stopped for a beverage at the Peace and Love Coffee shop and pulled onto S. First St. headed north when drivers of two cars at the intersection started shooting at each other.

“I told my daughter to get down,” Magana exclaimed, adding her three children were in the car.

Magana’s white, four-door Chrysler was sideswiped on the driver’s side passenger door, where her children had been sitting, as the blue car struck them while trying to get away from the driver in the green car.

“I couldn’t see their faces, because they were wearing (virus) masks,” Magana added.

The gun fire caused the vehicle following Magana and the one in front of her to slam on their brakes causing the crash.

The police department is currently asking anyone with information on the whereabouts of the named individuals to contact the department immediately at 509-836-6200.