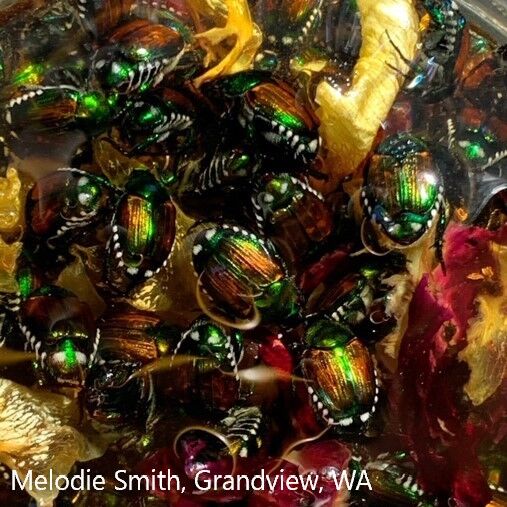 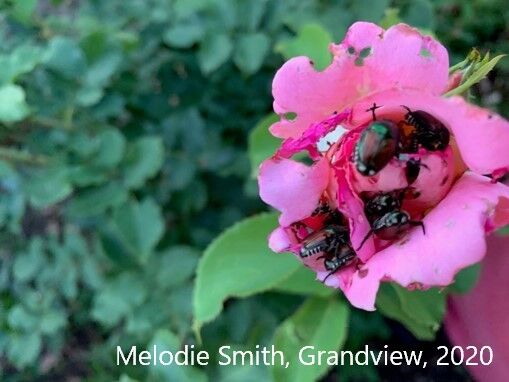 OLYMPIA — The Washington State Department of Agriculture (WSDA) is asking the public to report any sightings of Japanese beetle, an invasive and highly destructive pest, and will be hosting an educational webinar about the beetles in April.

Japanese beetles are not native to Washington and threaten more than 300 plants, including roses, grapes, apples, hops, and turf grass. WSDA sets traps for the beetles each year, typically finding them at ports and other entryways into Washington.

Last year, WSDA trapped three Japanese beetles – one in Sunnyside and two in Grandview – and issued a pest alert as it is unusual and concerning to find the pest so far inland. If Japanese beetles were to become established in Washington, it would have serious trade and economic impacts in addition to direct damage to numerous Washington-grown crops.

On March 1, 2021, a Grandview resident reported that Japanese beetles devoured her roses the previous summer, providing photos showing flowers covered with the pests. She further reported that she had picked off as many as 75 beetles from her roses in a single day.

To help determine the extent of the existing spread, the public is asked to report all suspected sightings, even those from last year, online at agr.wa.gov/beetles, by emailing PestProgram@agr.wa.gov, or calling 1-800-443-6684.

“Last year’s Asian giant hornet project proved that the public can play a game-changing role in detecting and eradicating invasive species,” Sven Spichiger, WSDA managing entomologist said. “Japanese beetle poses every bit as much of a threat to farms and gardens as the Asian giant hornet. This is another case where the public can have a profound impact on the success of this detection and eradication project by reporting what they see in their communities.”