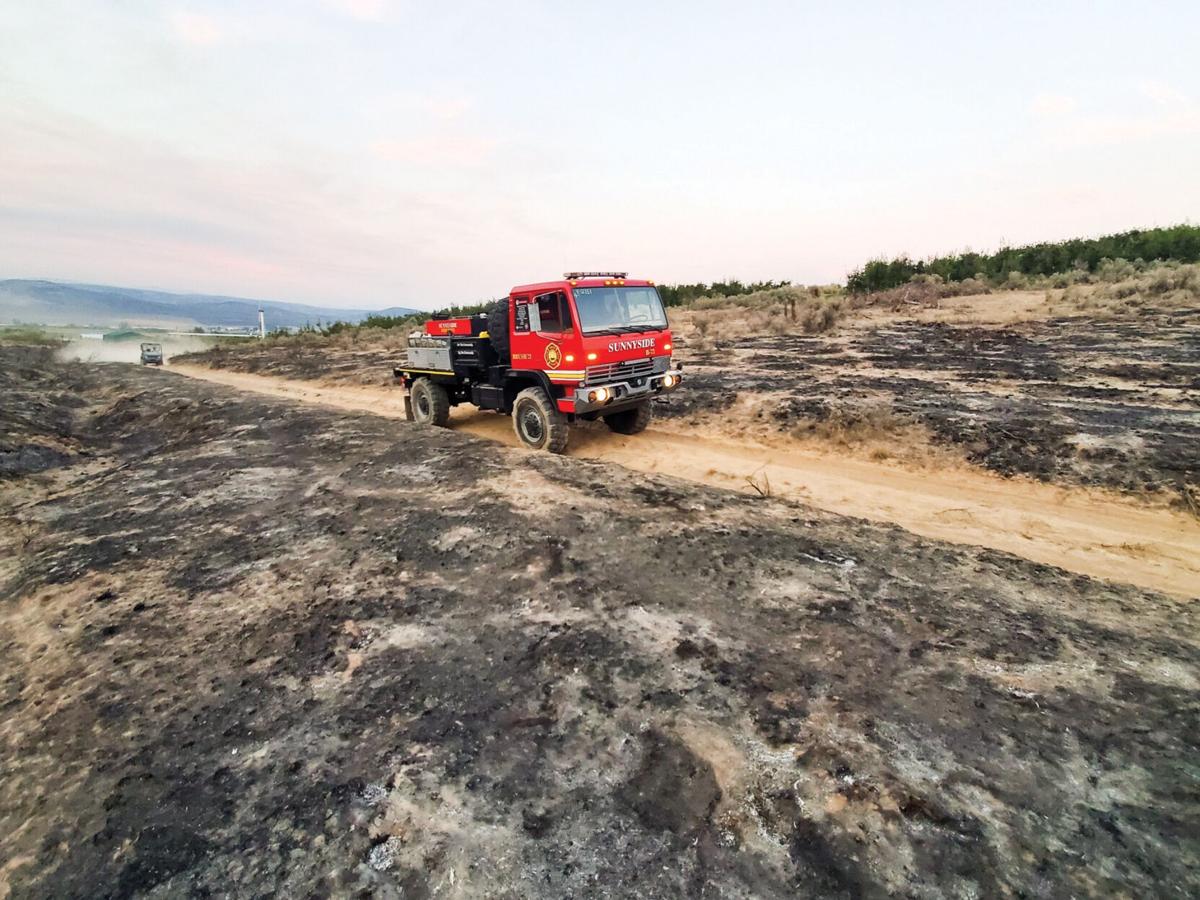 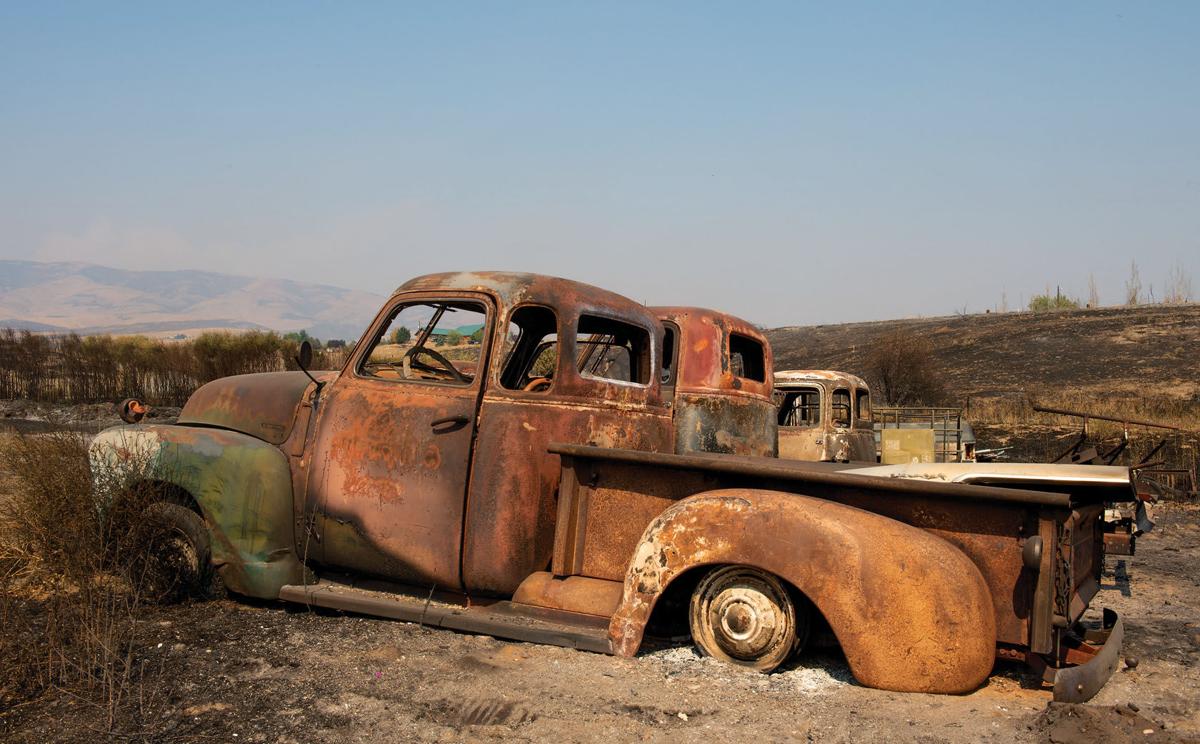 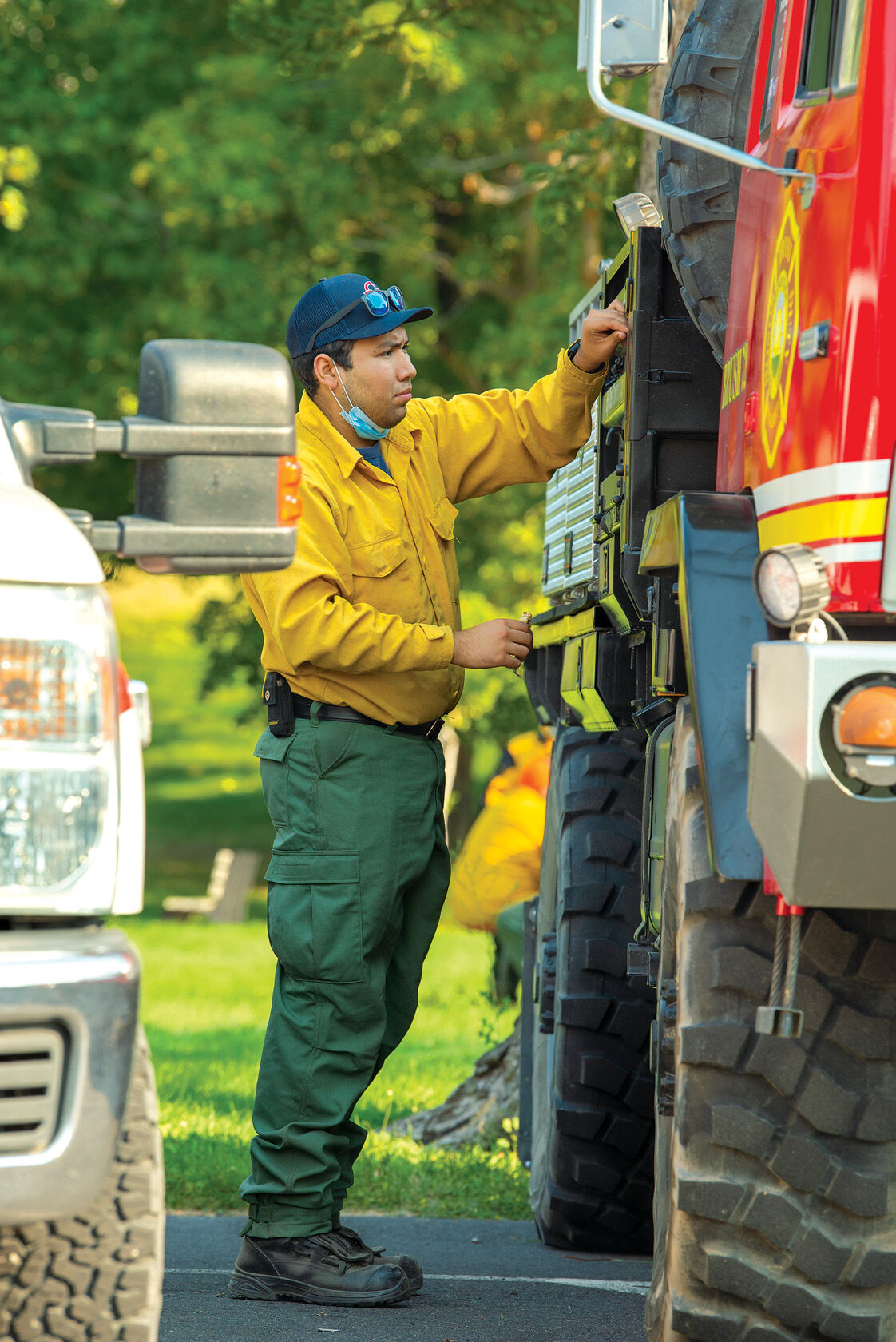 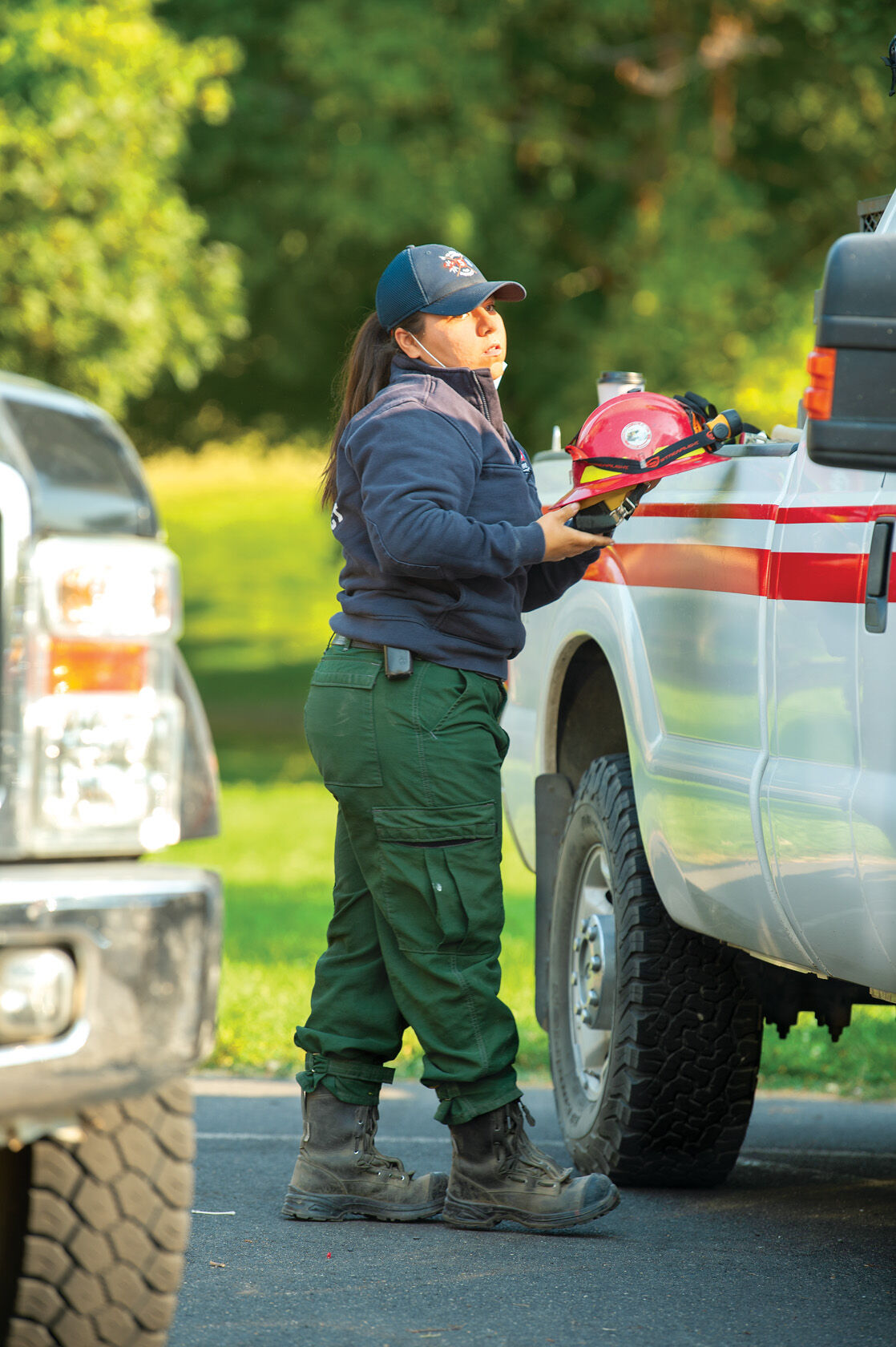 NACHES — Sunnyside Fire Department’s refurbished Brush Truck No. 72 has been rolling over its rugged readiness objectives with on scene success as part of the statewide firefighting response to the 70,000-acre Evans Canyon blaze, which began around 2:30 p.m. Monday afternoon, Aug. 31.

As of Friday, Sept. 4, almost 750 fire personnel, including 17 hand crews, 79 engines, 10 dozers and water tenders, along with seven helicopters had joined the operation, eight miles north of Naches.

The fire was at 10% containment when Chief Ken Anderson and fire fighter Leonel Plancarte arrived at Applewood Park after a 12-hour overnight shift as part of a structure protection strike team with Kittitas County units on South Wenas Road.

“We are very thankful to District 5 Deputy Chief Joel Byam, who is also the local state mobilization coordinator, for thinking of Sunnyside with this great opportunity to put our new brush truck to the test,” Anderson conveyed. “The truck has been working great for us.”

Yakima County District 5 sent a Type 6 crew with Vanessa Loera and Victor Isidoro, along with Brush 72, which is a Type 5 engine, Tuesday evening, Sept. 1. The chief reported they were immediately placed into action, laying down water lines and protecting homes from being burned down.

Earlier in the afternoon, winds fanned the flames in both northwest and southeast directions causing the blaze to grow and by the time the local fire crews arrived to the operation, the fire had consumed more than 6,000 acres in Yakima and Kittitas counties and was at 0% containment, according to state Department of Natural Resources.

The assignment is the second time Loera has participated in a statewide fire response, but this fire was the largest. She said the experience of protecting threatened structures after six homes had been destroyed and more than 900 people were forced to evacuate the area taught her to be a little more compassionate.

“I just felt a little different being around that situation. It was the first time I was on that side, dealing with that and that got to me,” Loera stated after the evacuated homeowners returned and were very welcoming and happy they were there.

“This is the first time the truck has been on anything really serious and it’s been a learning experience,” Plancarte described following his last shift Saturday morning, Sept. 5, where he and Chief Anderson navigated the Light Medium Tactical Vehicle (LMTV) to the top of Clemens Mountain in Yakima County.

Anderson pointed out the extremely rough terrain has been an off-road challenge on the truck’s tires. “We tore up one tire running over a boulder and another one we’re having trouble within keeping it inflated.”

On Friday night, Sunnyside Brush Truck 72 was assigned to support and work with a state Forestry Services Hot Shot crew to extinguish peripheral fires and prevent pine trees from igniting, the chief said.

The nighttime trip up the 2,000 ft. mountain took them three hours to accomplish as hand crew members were surprised to see an LMTV make it to the top of Mt. Clemens, Anderson relayed.