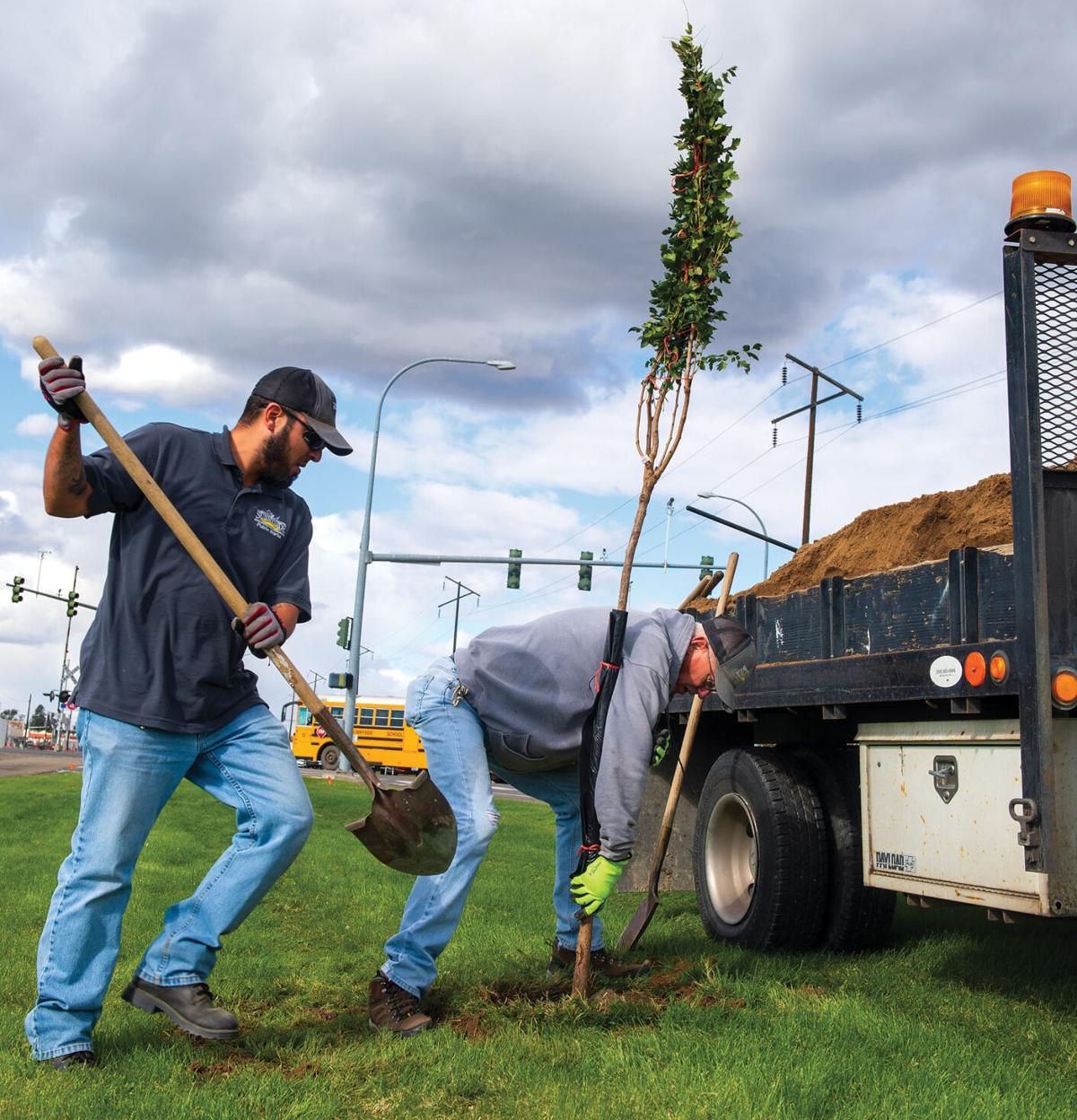 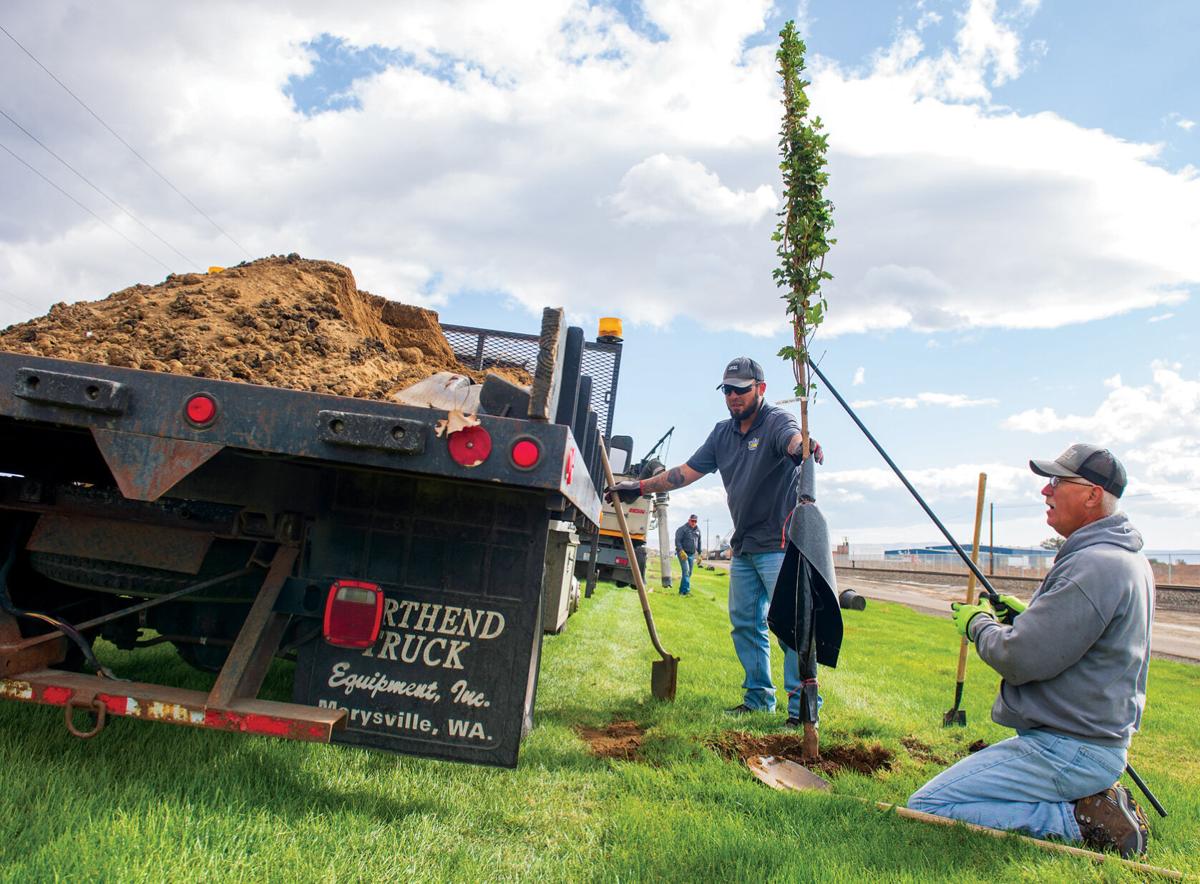 Sunnyside city maintenance workers Luis Ramirez and Don Howell complete the staking of one of the 45 trees to be place along the Lower Valley Pathway between East Edson Avenue and East Lincoln Avenue, along Yakima Valley Highway.

Sunnyside city maintenance workers Luis Ramirez and Don Howell complete the staking of one of the 45 trees to be place along the Lower Valley Pathway between East Edson Avenue and East Lincoln Avenue, along Yakima Valley Highway.

City leaders predict by this time next year, the trees will provide brilliant hues of gold, red and yellow leaves as the seasons move from spring to autumn.

Facility Maintenance Supervisor Mitch Ziegler and his crew finished planting and staking mix of the Golden Rain, Autumn Gold Ginkgo and the State Street Maple trees Thursday, Oct. 22, nearly 18 months after the ash trees were killed by an infestation of ash bore wasp in the spring 2019.

“We had to wait for a survey of all the underground utilities that run along the pathway before we could start placing the trees,” Ziegler noted.

Each tree features either golden yellow flowers or fall leaf colors. All are rated hardy for the Lower Valley’s weather and growing conditions. canopy when fully mature.

The trees, purchased from Roots Nursery in Yakima, arrived last week. When fully mature, the trees will be about 30-35-feet tall, nursery owner Brian Johnson said.

“These varieties are hardy and disease resistant,” Johnson stated.

“They will provide a 35- foot canopy along the path in five to seven years with lots of color in the fall,” he added.

The city staff discovered the ash infestation when not all the trees sprouted leaves as spring set.

The arborist indicated the 44 trees without leaves were infested by the insects and couldn’t be saved. City Council agreed to have different species planted along the city’s trail.

In addition to the trees on the Sunnyside portion of the pathway, City Manager Martin Casey said plans are in the works to add antique farm equipment along that portion of the popular walking and cycling trail.

The city is working with the Sunnyside Museum volunteer Greg Schlieve who has been gathering antique farm equipment as part of the city’s salute to the area’s agricultural history, Casey explained.

Schlieve said the display will include implements from the late 1920 to 1950s models.

“We probably won’t be able to get the farm tools on the trail until next spring, as details are worked out with the city, the local railroad company and SVID,” he noted.