✓ Unlimited desktop and mobile access
✓ Access to the Sunnyside Sun E-Edition
✓ Print Delivery by Direct Mail to your home or business!
✓ Cancel anytime 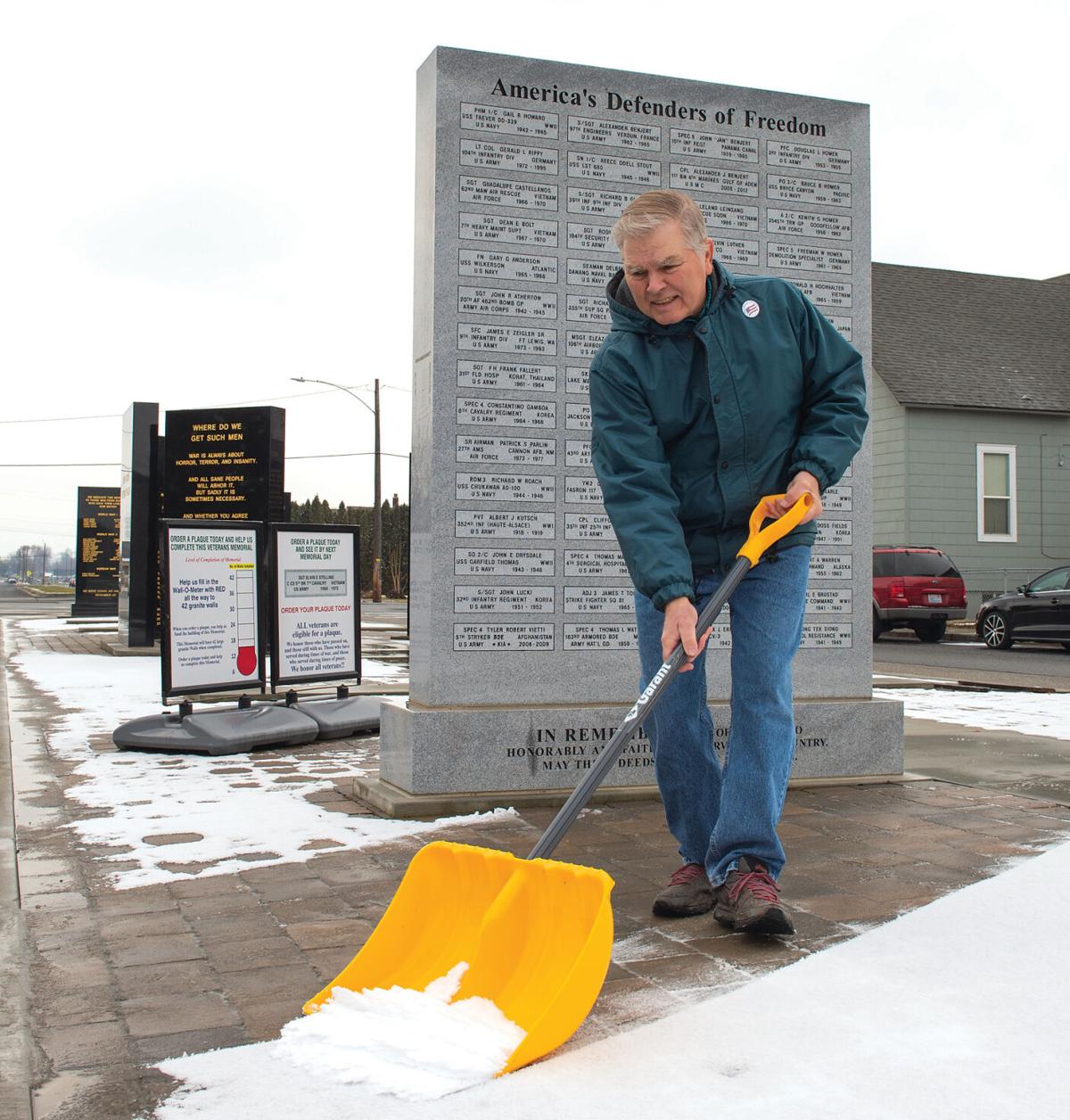 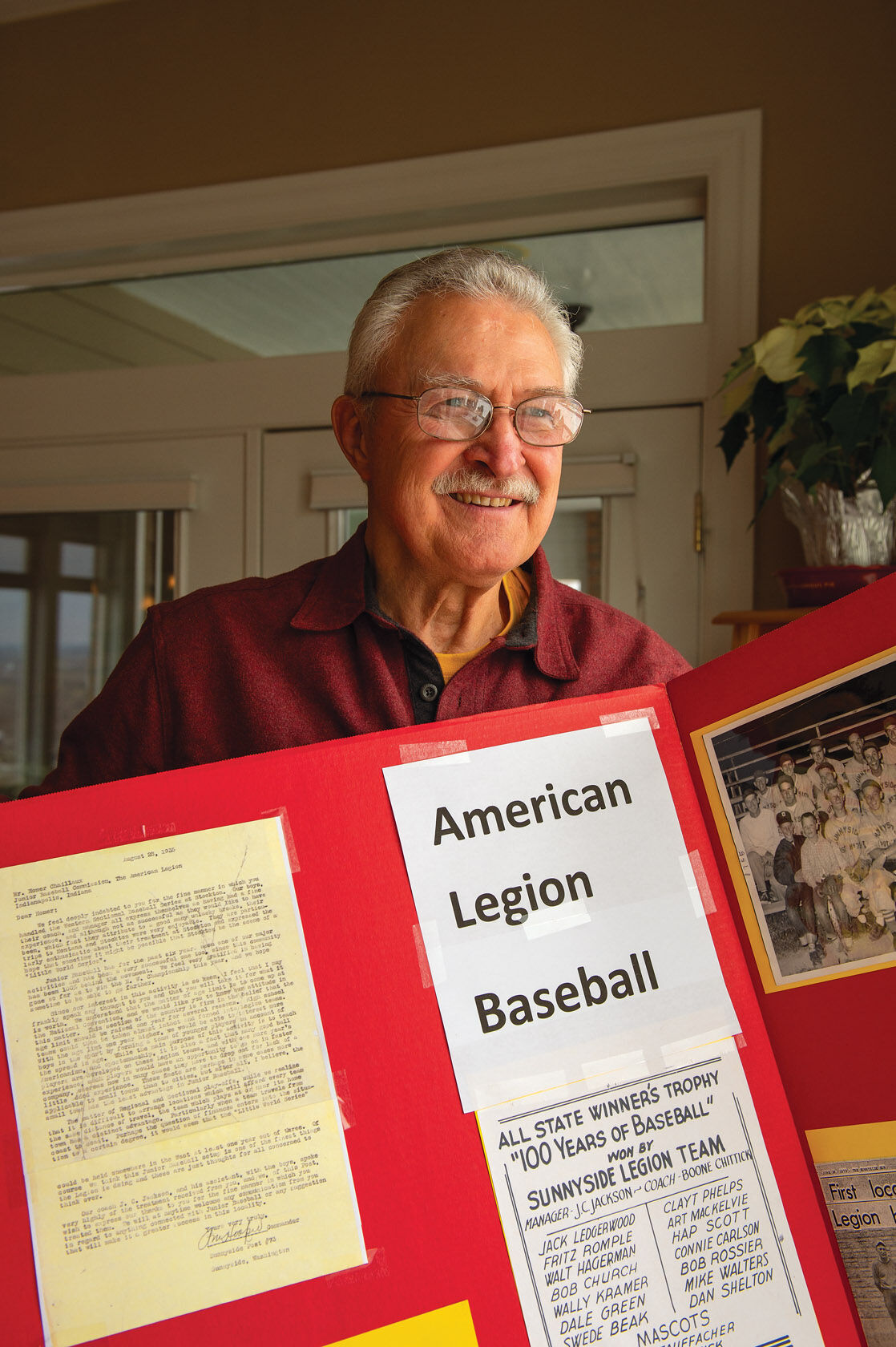 AMERICAN LEGION HISTORIAN — Leroy Werkhoven is seen here holding a poster board of historical records. Werkhoven – along with his compatriots Gene Lange and Jerry Vrieling – had discovered the earliest record of the Legion took place in 1919.

AMERICAN LEGION HISTORIAN — Leroy Werkhoven is seen here holding a poster board of historical records. Werkhoven – along with his compatriots Gene Lange and Jerry Vrieling – had discovered the earliest record of the Legion took place in 1919.

SUNNYSIDE — Despite the postponement of large public celebrations, the COVID-19 pandemic has been rendered powerless to alter Sunnyside’s American Legion Post No. 73 mission of unwavering devotion in advocating patriotism and its historic achievement of having been incorporated as a veterans service organization since June 18, 1921.

The Post was recently honored with a Century Corporation Certificate by Secretary of State Kim Wyman commemorating the distinguished honor.

“Because few owned cars, and the roads outside of Olympia were virtually unpassable, incorporating a business was quite an adventure.

“Of the nearly 2,900 incorporations filed in 1921, only 33 exist today and you are part of that small group,” Wyman acknowledged in a congratulatory letter to the organization on Dec. 18, 2020.

Over the past year, the group’s research committee comprised of Leroy Werkhoven, Gene Lange, and Jerry Vrieling discovered the earliest record of a meeting in Sunnyside took place on Sept. 1, 1919.

The minutes from that meeting told of several World War I veterans assembled to express an interest in forming a new Sunnyside veterans post, the committee reported. Three months later, they had recruited 28 veterans and the band of brothers registered its charter.

When the “War to end all wars,” – a term used to describe WWI – ended on Nov. 11, 1918, many of the soldiers and sailors did not get home until the spring and summer of 1919. They were regarded as national heroes, according to Post accounts.

“We had planned to celebrate our 100th year as a Post in the fall of 2019 but as we learned more about our history, we changed the date to March 28, 2020 for a bigger community celebration. Then came the virus and we had to once again reschedule our centennial,” Post 73 Commander Greg Schlieve reported.

By 1920, many local WWI veterans were joining the Legion Post and becoming actively involved in its events. As records indicate, the organization was well established in the community before papers of incorporation were filed with the then Secretary of State Ithamar Howell in 1921.

There were 197 WWI veterans from Sunnyside who helped form Post 73 and many of these veterans still have family members living here, Schlieve said. The Post Commanders from 1925 to 1945 were made up entirely of WWI veterans.

On May 26, 1920, 15 women joined together and created the Ladies Auxiliary. Mrs. R.C. McCredie was the first president along with Mrs. Ruth Tuttle as vice president, Mrs. Lois Bates as secretary and Mrs. E.B. Riley as treasurer, the historical group documented.

The Ladies soon became well known for their “Armistice Day Banquet” each year, along with poppy flower fundraising drives on every Memorial Day and Armistice Day.

Information from area American Legion activities were also chronicled in a weekly column. There was an invitation extended to all Sunnyside Post members to attend the July 4 celebration in Grandview.

“All the boys and girls not going to Yakima should try and get down to Grandview at least. Grandview is a good, live little town and is sure showing up Sunnyside when it comes to pep. Let’s go down and show them we are good sports anyway.”

The Mabton Post asked Sunnyside to send a few Auxiliary and Legion members down to their meeting on Thursday night to help get its Auxiliary organized but was postponed until the following week on account they had not received their Auxiliary charter.

News about the Legion baseball team was highlighted in the paper. They “surely made a splendid showing last Sunday. We are proud of our team and are giving them all the backing we can. Here goes for the best Legion team in the valley.”

Within the next year, the Post would lead the drive to raise funds to build the Sunnyside’s first public pool in 1922. These fundraising activities included local dances, turkey shoots, and other recreational events.

To honor the accomplishments of the WWI Post 73 veterans and their distinguished involvement in the community, Schlieve conveyed, “It would be nice to see a plaque ordered for them.”

His records indicate only six of the 197 WWI veterans have their name engraved on a plague at the Jerry Taylor Veterans Memorial downtown.

Family members or anyone else who would like to sponsor a WWI veteran’s plaque on a granite wall comprised of fellow comrades, can make payment to the American Legion Post 73, P.O. Box 654, Sunnyside, WA 98944.

“That would be a great way to honor these men who came from the families that first formed our community,” the Post Commander acknowledged.