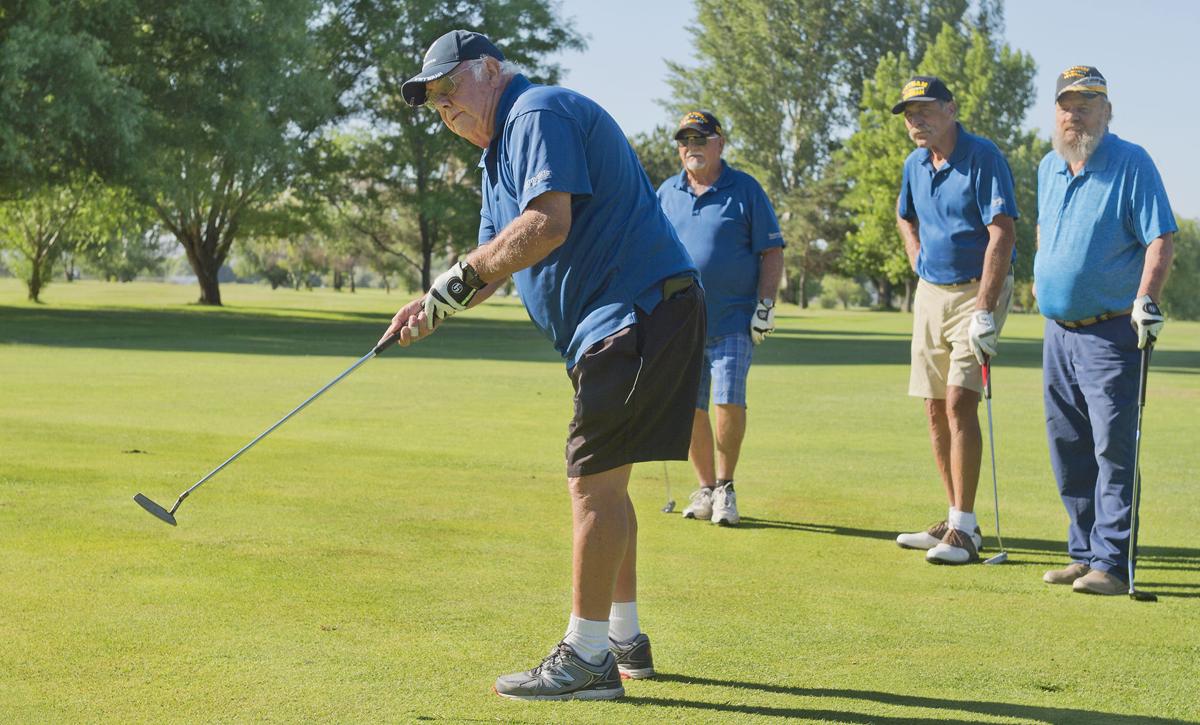 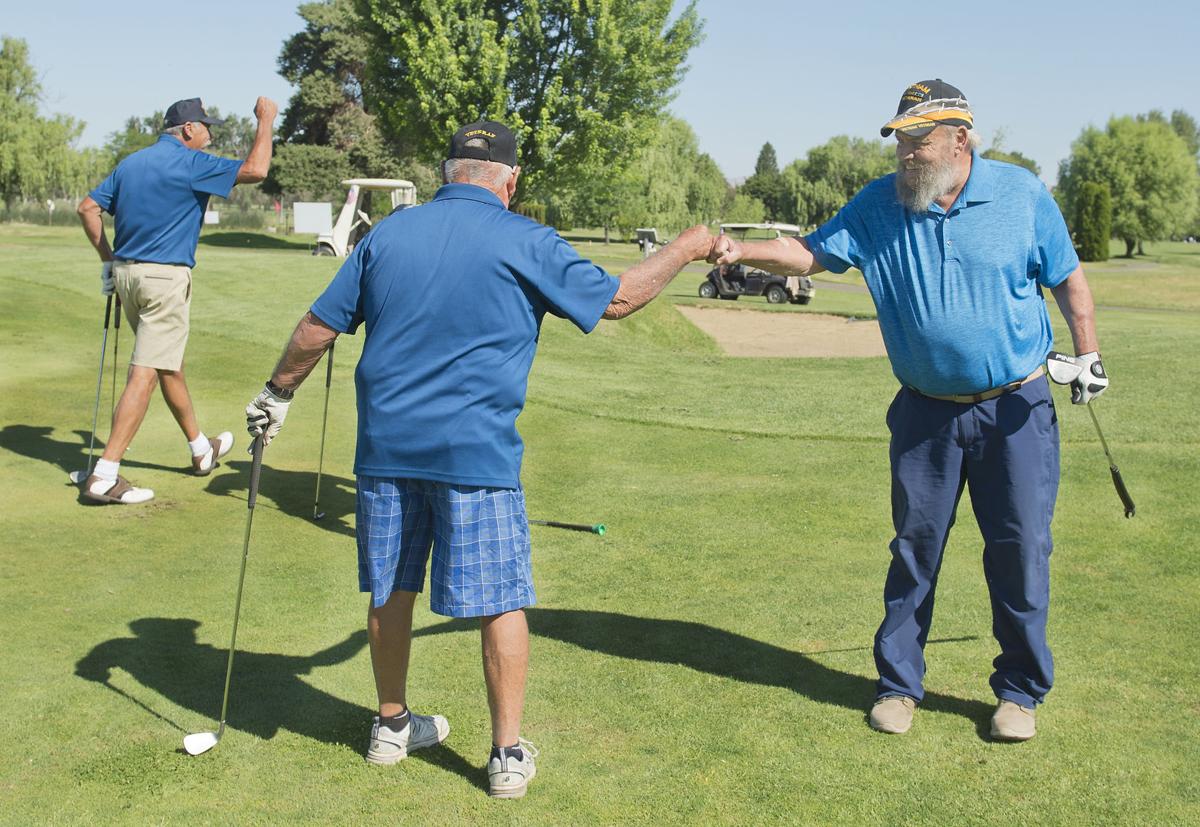 CHIPPING POWER — Brad Murray fist bumps Alan Sandlin with Troy Monholland and Bob Hicks in the background after a chip for birdie finds the hole.

CHIPPING POWER — Brad Murray fist bumps Alan Sandlin with Troy Monholland and Bob Hicks in the background after a chip for birdie finds the hole.

“We’ve got a full course, and every cart is gone. That’s so exciting, and 23 sponsors showing support,” foundation Director Nancy Leahy exclaimed.

“We won the first (Astria) hospital tournament in 2016,” Monholland firmly stated. Three of the four members, except for Murray, were on the winning team.

“Three guys who can’t stand each other,” Monholland jokingly confirmed.

“Brad is a good fill in,” acknowledged Hicks. “He’ll probably be a permanent fixture,” the military group proudly endorsed. “We’re going to stick to all veterans.”

“These guys are good guys. They’re all veterans. We all hang together,” Murray explained. “We enjoy the camaraderie.”

During their recreational assault on Black Rock, they were relentless in their abilities to give each other a razzing of spirited fun and engaging encouragement.

The ballcap wearing foursome were 6 under on their first nine holes. They made their way to the clubhouse for cool beverages and to check on the leader board, prior to mounting a charge on the back nine.