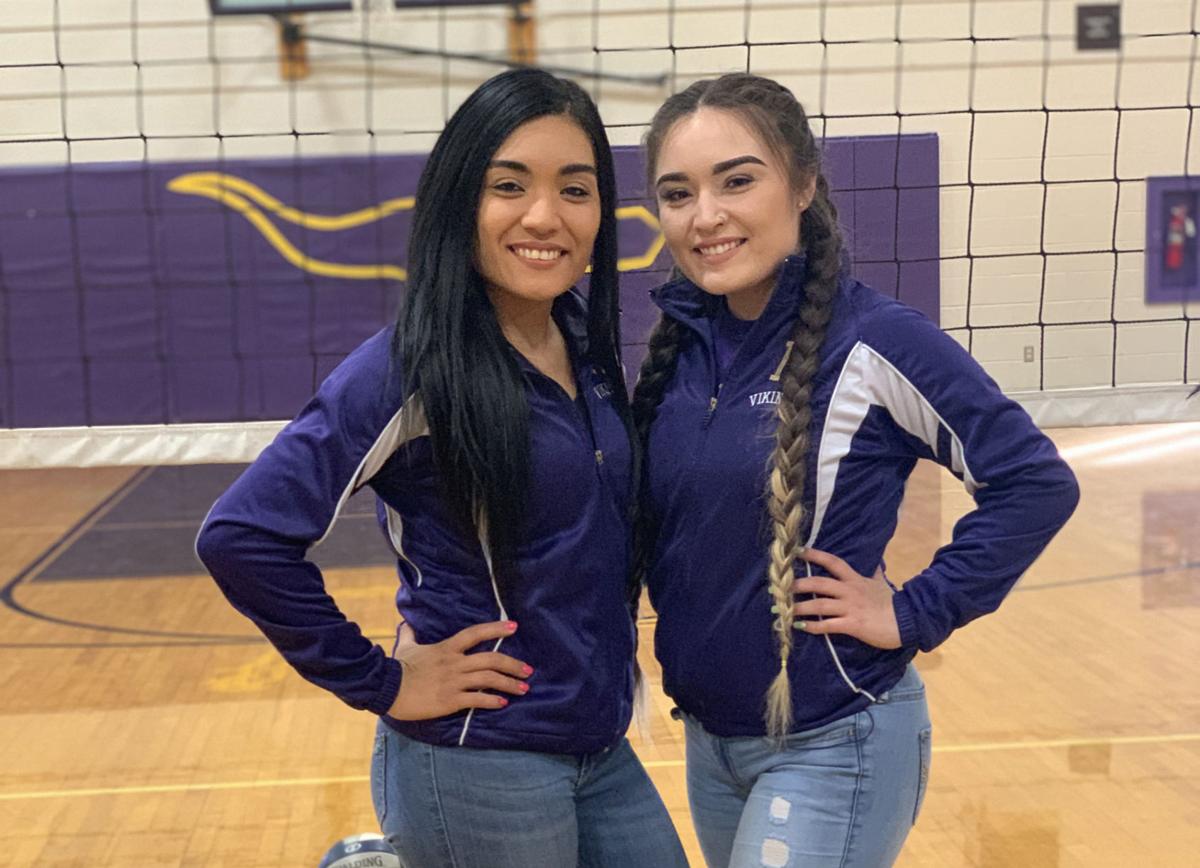 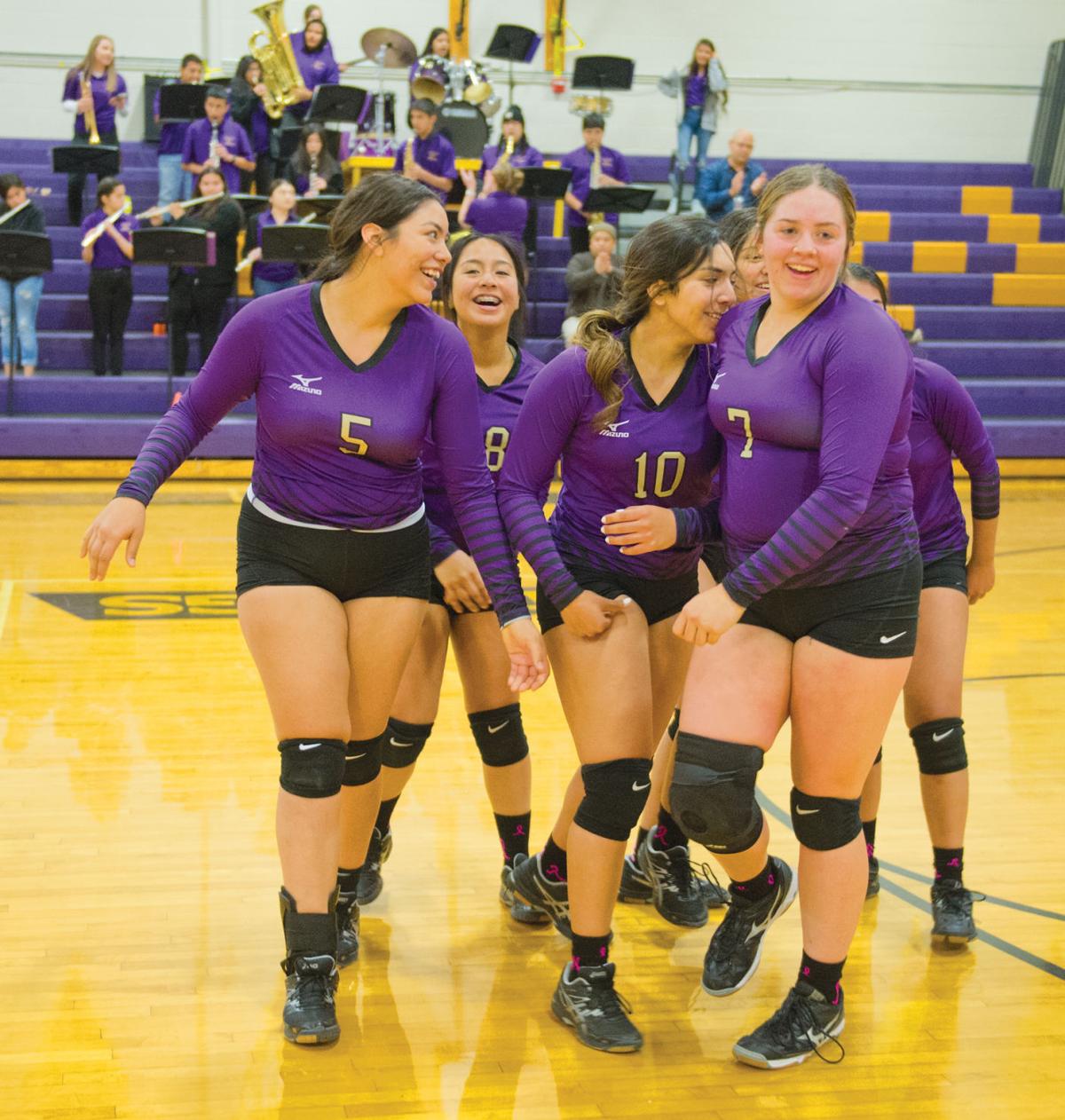 WINNING POINT ROTATION — Mabton High School Lady Vikings are all smiles after winning the final set against Columbia Burbank during their 2B EWAC opening round playoff game at Mel Todd Gymnasium, Tuesday, Oct. 29

WINNING POINT ROTATION — Mabton High School Lady Vikings are all smiles after winning the final set against Columbia Burbank during their 2B EWAC opening round playoff game at Mel Todd Gymnasium, Tuesday, Oct. 29

MABTON — The DNA make up of a top tier, program-driven coach typically consists of being able to inspire students and their teams to derive the most from their potential – Mabton girls’ volleyball coach Vanessa Medina recently earned that level of recognition after receiving the 2B EWAC Coach of the Year award.

“I was excited of course to get Coach of the Year… it was an amazing feeling.

I told the girls, it’s because of what they do… their playing. Their willingness to listen and how much they’ve grown, that I’m being noticed. I thanked them for getting me there as well,” Medina conveyed after leading the Lady Vikings to a 6-3 league and 11-4 overall record this season.

Her young squad made a strong impression in league play against the traditional upper echelon teams. Their fourth-place conference rank, along with a state tournament berth at stake against Lake Roosevelt in Wenatchee on Thursday, Nov. 7, garnered a heightened level of attention and accolades from contemporaries and media outlets throughout the region.

“They came in and I could just tell the nerves were there again,” Medina stated after she recognized how quiet her team had become prior to stepping out onto the court against the Raiders.

The third-year coach said, the intensity of the contest was a learning experience for her players. The Lady Vikings fell behind 7-20 in the opening match. They battled back to take a 23-21 lead before committing a hitting and blocking error, falling 23-25, 24-26, 16-25.

“If we would have taken that first match it would have given them a lot more confidence,” Medina acknowledged.

She happily reflected on how the single net program has grown from one team upon her arrival to possibly three teams next season.

“If we’re able to have the three teams next year, we’ll be able to separate the level and really focus more on the individual and their skill level.”

The former Grandview High School setter credits her mentor, Hall of Fame Coach John LaFever for instilling a program of proven success as she and her sister, assistant coach Suzie Medina, to pass on the same principles that have served them in life.

“Hopefully, we can make Mabton volleyball a tradition in the way that I was a part of when I was a player, and it just makes you want to work that much harder to keep that tradition going.”