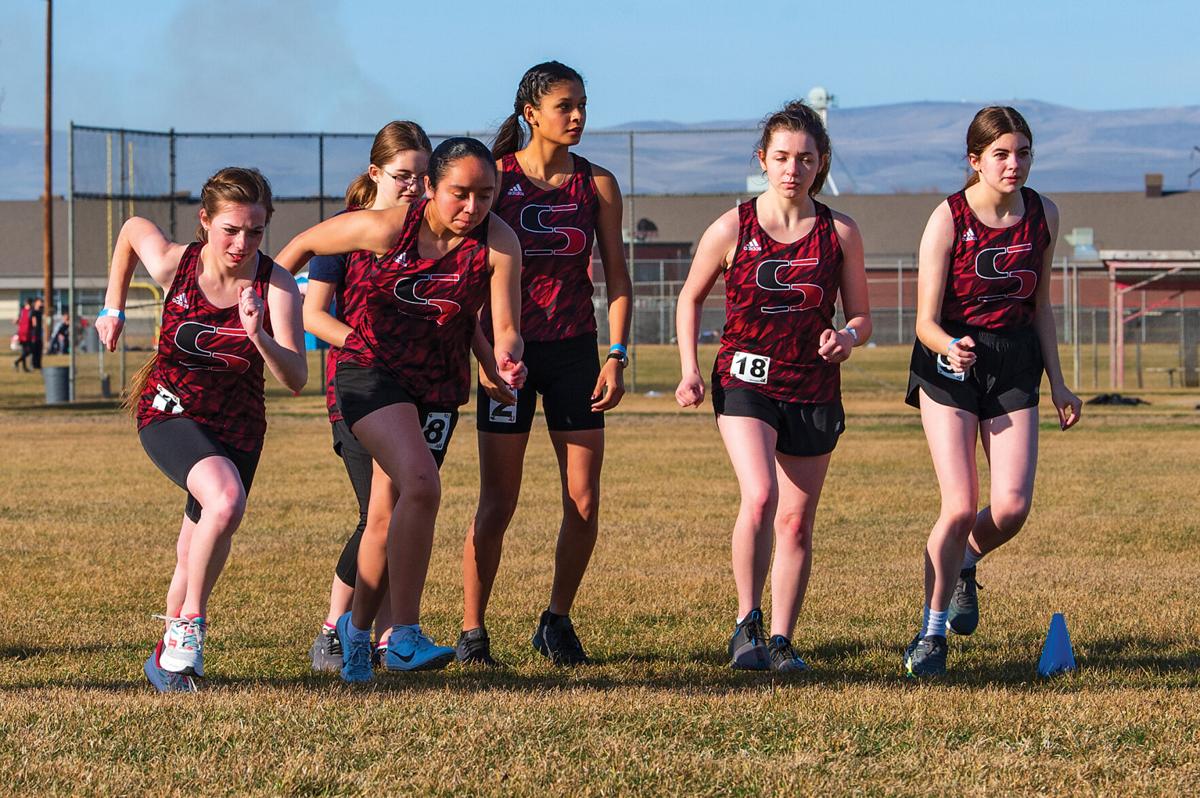 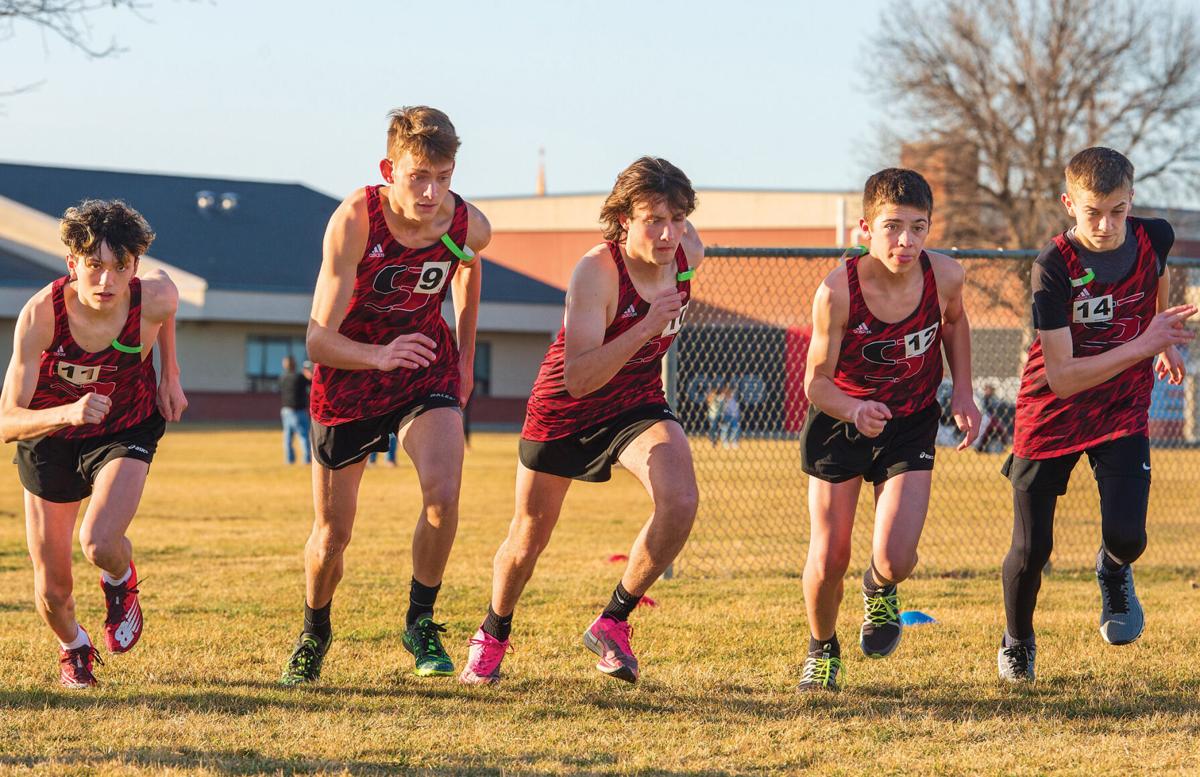 The Grizzlies’ boys varsity cross country team get a fast start and set the home course pace against the Rams.

The Grizzlies’ boys varsity cross country team get a fast start and set the home course pace against the Rams.

Sunnyside cross county teams beamed with an unwavering brilliance as they began their regular season with a home opening meet against West Valley on Wednesday, March 3.

SHS senior Kaylee Condie led the girls’ team around the 5K course and posted a 20:58 mark and finished fifth in the race.

There was a one second differential, which separated her from the fourth spot.

She has been practicing on her own and running an average of three miles daily, except on Sunday since track season was cancelled due to COVID-19 last March.

This season highlights the first time Condie has entered the season injury free and with a training regimen behind her.

The girls team is made up of Condie’s friends, who she went out and recruited, so the senior could compete this season, according to SHS Girls Cross Country Coach Shaina White.

“It’s so exciting today. All five girls had a PR (personal record),” White stated. “Four of these girls it was their first time ever running 5K.”

Varsity teams may consist of up to seven members. The top five runners are the ‘scoring’ members.

Races are scored by assigning a point value for the place a runner finishes in, while adding them together to determine the assigned team tally.

Cross country is similar to golf in that the lowest score wins.

The Grizzlies young team is on the rise and the courageous accomplishment for competing in their first meet is just the start.

“I love coaching beginners. They don’t know what they can do and then they do it and are surprised and super empowered.”

Coach added, “It’s so fun to see. I love watching them like just find that within themselves too.”

Oliver has only raced a couple of times prior to Wednesday’s competition and is still learning how to race, while gaining confidence in his abilities, coach said.

Weaver established a new Grizzly 5K race record in his win with a 15:55 mark. Oliver ran 16:12 and finished :17 behind the front runner.

Coach White believes Oliver should be running side by side with Weaver the entire race. “They are both that good! This is the best top two that we’ve had.”

Their number three runner junior Jacob Martinez, who is just behind the pace of the dynamic duo, hasn’t had enough races to be able to compete yet and is expected to contribute immediately to the team’s overall success, White indicated.

“I knew we had a special group of guys,” White announced. “They’re getting to show how good and how deep this group is. It’s so exciting!”