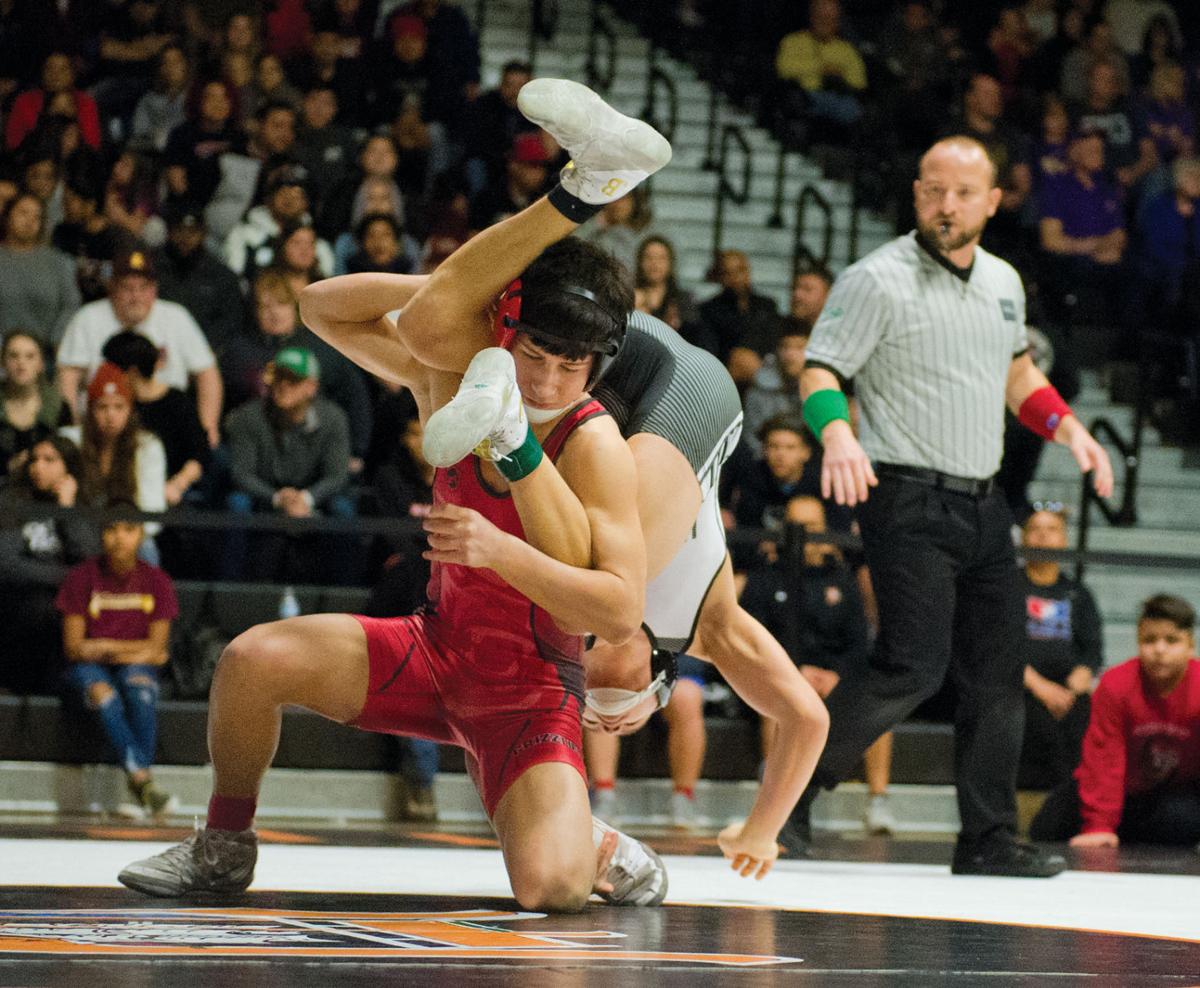 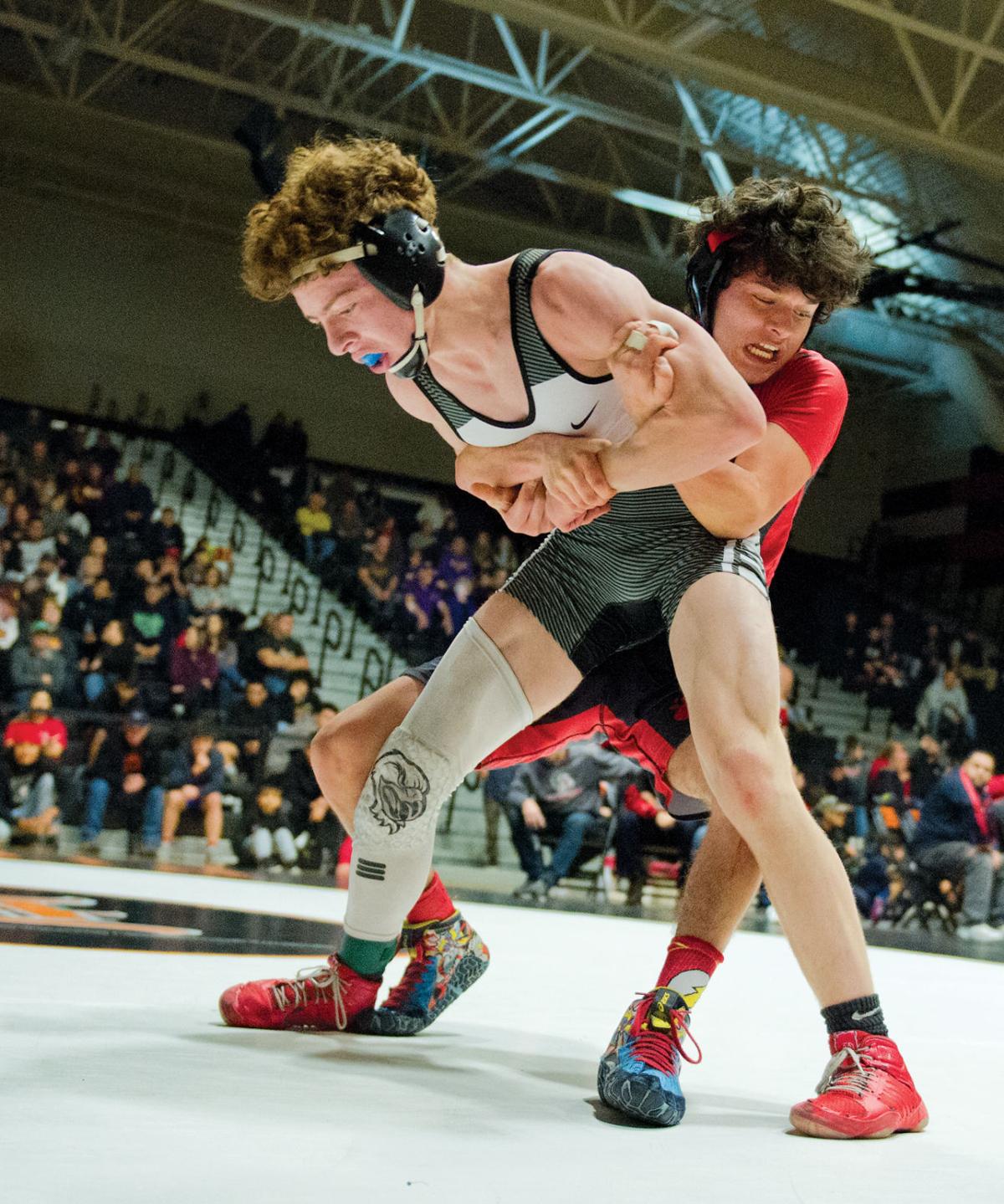 YAKIMA — Like a referee’s hand striking the mat indicating a pin, the depth of talent on the boys’ 2020 NCWAA District 6 Championship wrestling team resonated decisively with 21 athletes advancing to the 4A Region 2 Tournament after Saturday’s, Feb. 8 competition at Davis High School.

“We’ve still got 21 rolling, so that’s cool. It keeps the excitement going too and makes it more of a team aspect, and that’s the whole idea,” coach George Paulus tactically countered. “You get a little better mileage from it than being an individual.”

17 wrestlers placed in the top four, along with four alternates who finished fifth will be making the region 2 trip to Skyline High School, 1122 – 28th Ave. SE, Sammamish on Friday, Feb. 14.

SHS senior Fabian Ortega (30-7) accomplished one of his career wrestling goals by winning a third district championship after defeating Davis junior Dominic Sowers (3-1) by a 7-5 decision in the 126-pound division.

“It feels amazing! I came here wanting it,” Ortega exclaimed as he walked off the mat while speaking about sharing the moment with a call to his father. “He’s working everyday just to get by, and he doesn’t really get time to come to these tournaments and I know he really wants to because his father wasn’t really there for him. So, it’s going to be amazing just to tell him that I won!”

The Grizzlies’ district team consisted of 24 athletes with two wrestlers competing in most of the 14 individual weight classes. According to the coaching staff, the 21 wrestlers moving on to the regional tournament is a school record.

“It’s the best feeling like I could feel times 10,” Ortega expressed. “This year is going by fast and we have really only two weeks left in the season and then I’m done. It really makes me sad in a way, but it also gets me more ready for what’s coming next!”

When a squad’s roster is deep with multiple athletes at the same weight, there may be a time when both athletes will face off against one another in the post season.

SHS junior Austin Villanueva has experienced the grueling situation of wrestling and losing against his former teammate, district and regional champion Jose Campos at 138 for the past two years.

“This is actually my first time being a district champ… It feels pretty good,” Villanueva stated. “All glory to God, I’m happy that it turned in my favor. And I know the hard work that I put into it is what got me the win.”

To be an elite Grizzly wrestler, there’s a tradition of learning from older, stronger and better athletes while taking the necessary steps for working harder than the average guy Paulus conveyed.

“I give credit to all four of our assistant coaches because they’re the ones that put all of this together,” coach stated. They’re the ones training and drilling on a daily basis in the practice room. They do a great job!”