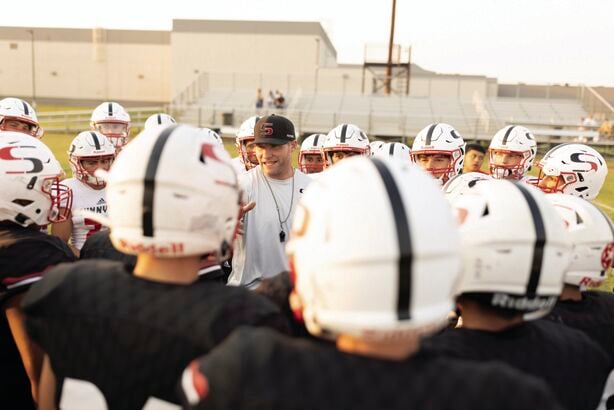 Grizzly football players gather around Coach John Lobbestael prior to the SHS Black and White Scrimmage on Friday, August 27. 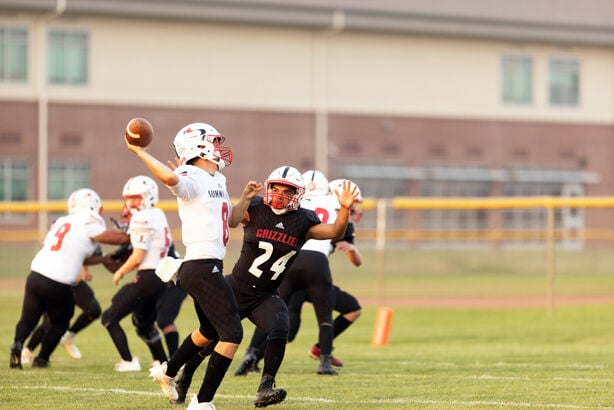 Grizzly football players gather around Coach John Lobbestael prior to the SHS Black and White Scrimmage on Friday, August 27.

There figures to be plenty of nostalgia at Clem Senn Field this year as the Sunnyside Grizzlies play their final season there before moving to a new facility in 2022.

The team also expects to be quite competitive returning the likes of starting quarterback and 1st team All-Big 9 Logan Rodriguez, 2020 Big 9 Offensive Player of the Year running back Myles Newhouse and 1st-Team All-Big 9 receiver Brent Maldonado amongst many other talented players.

“I don’t see why we couldn’t beat everyone on our schedule and I think go back to the state playoffs,” was Coach John Lobbestael’s assessment of his squad. “We have made it there before and lost in the first round. I think if everybody stays healthy, which every team is saying that, but if we can stay healthy and continue to improve little by little throughout the season then I think we can go on to the playoffs further than the first round.”

The Grizzlies have lost just three Big 9 games over the past three years, but their last trip to the state playoffs was in 2016 losing to Richland.

Lobbestael lamented the shortened spring season and offseason but noted that the kids worked hard to come into a more normal schedule and game environment at their best, “So far in August, since last Wednesday, attendance has been good. I think the kids are the kids are pretty excited.”

Another factor that will play into the 2021 season is a closer to normal game environment.

Gone are the mask requirements of the spring, and attendance will likely return to nearly pre-pandemic levels.

Lobbestael says that might be more important for the families than the kids, but, “I think they’re excited at the prospect of having people there, but in the games, I don’t think they see a difference.”

He says the kids would play in front of no one because they love the game, but also they want to play for each other.

The Grizzlies start the regular season Friday, September 3 when they travel to Prosser to take on the Mustangs at Art Fiker Stadium.