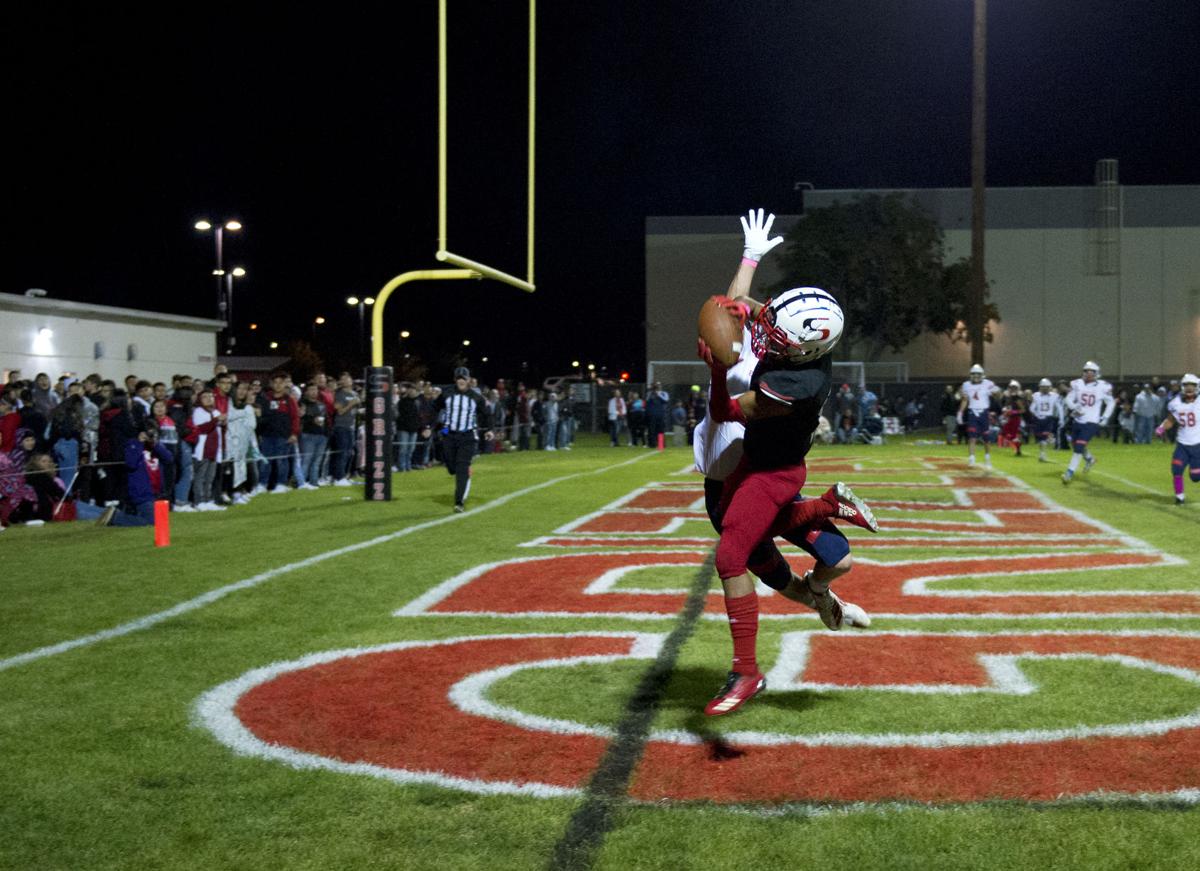 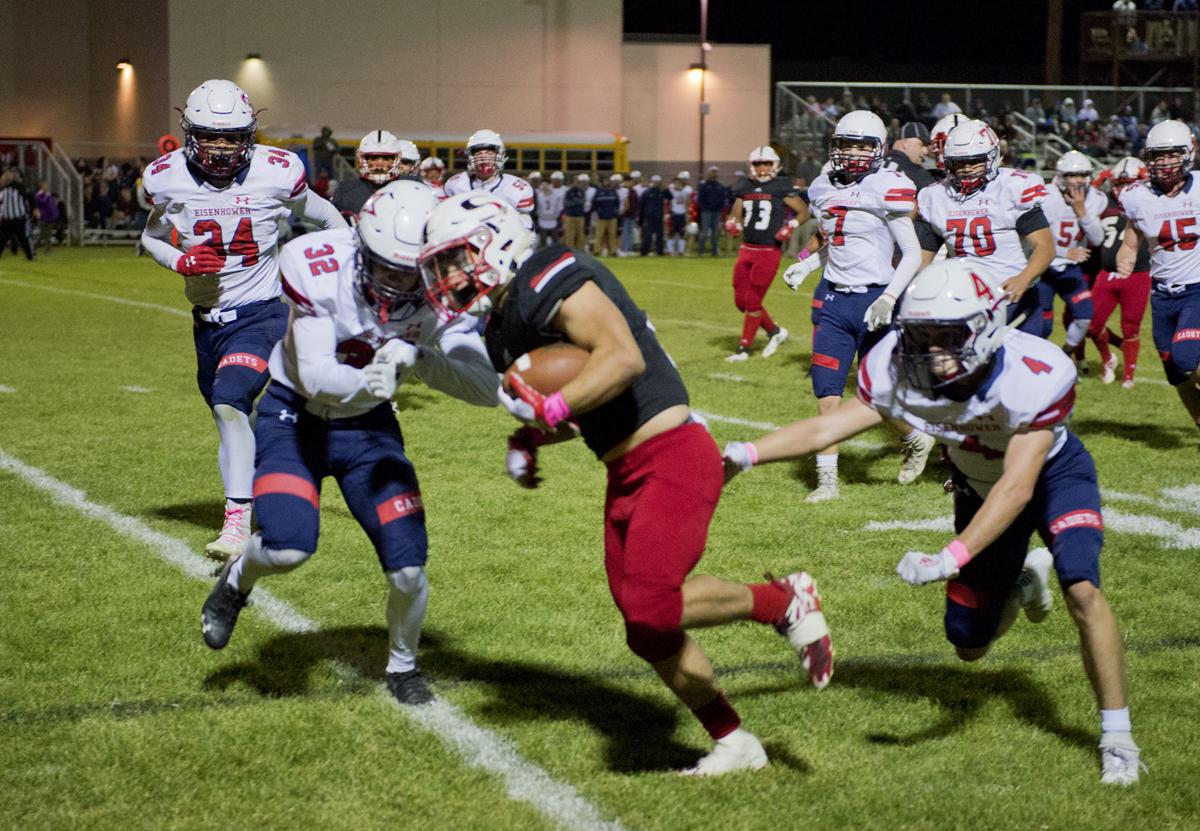 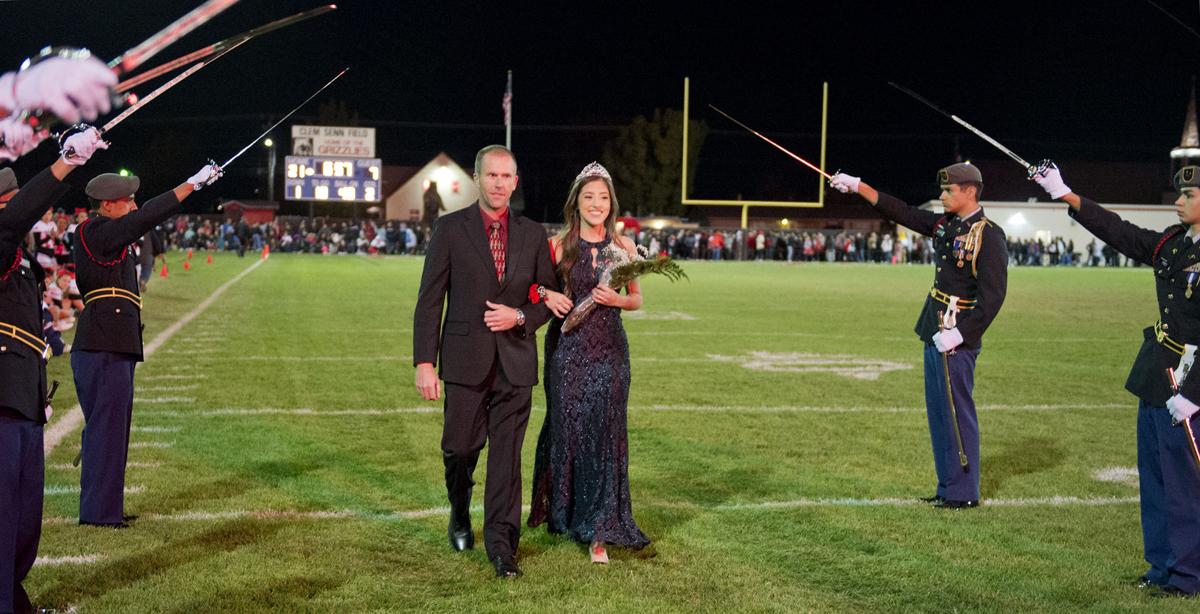 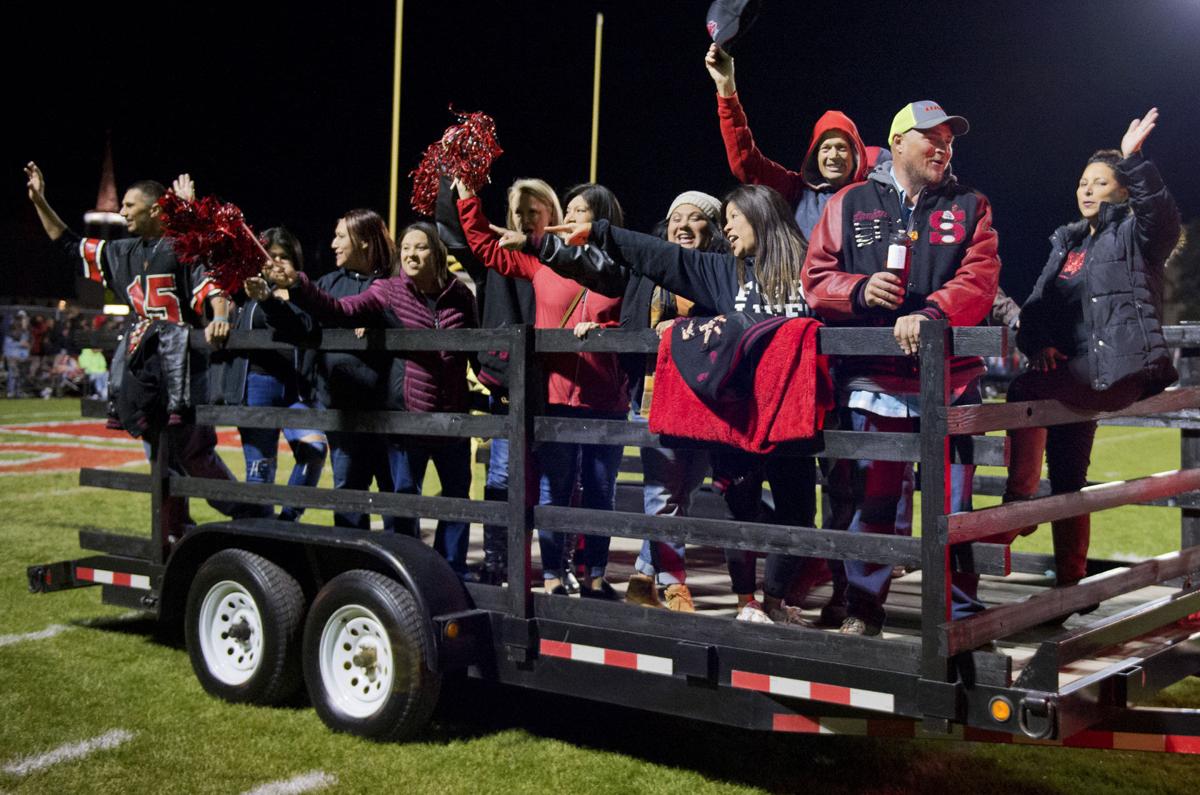 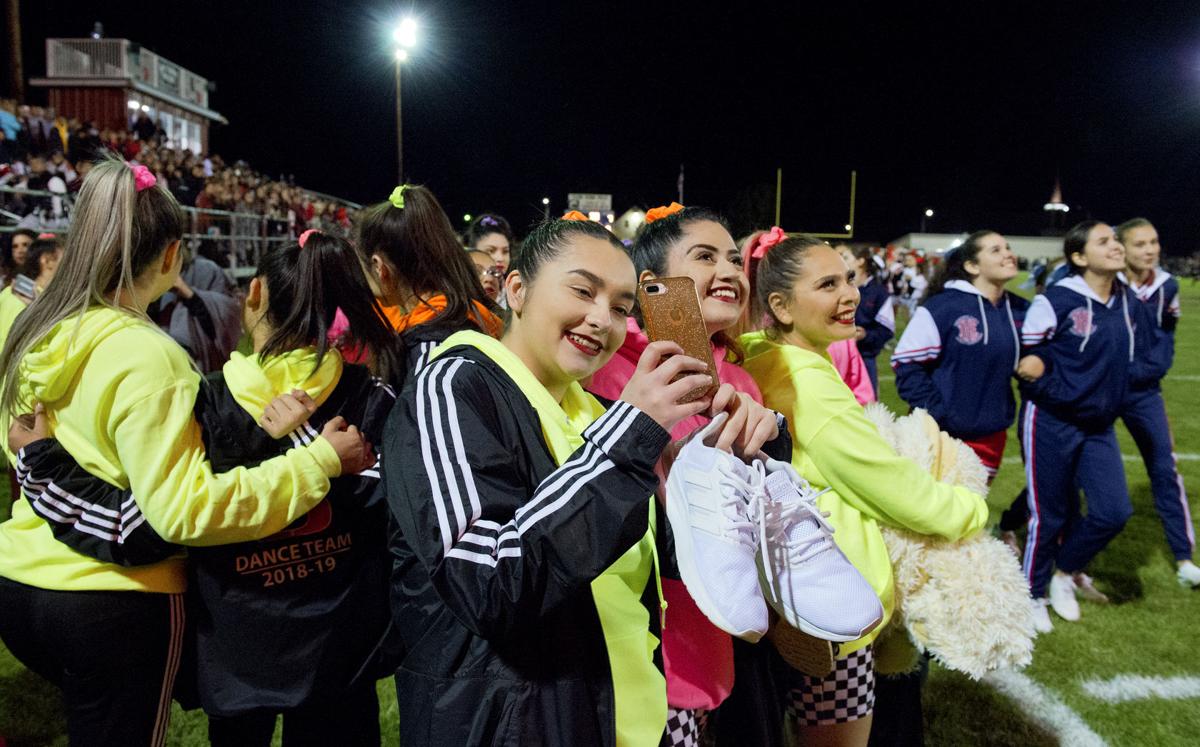 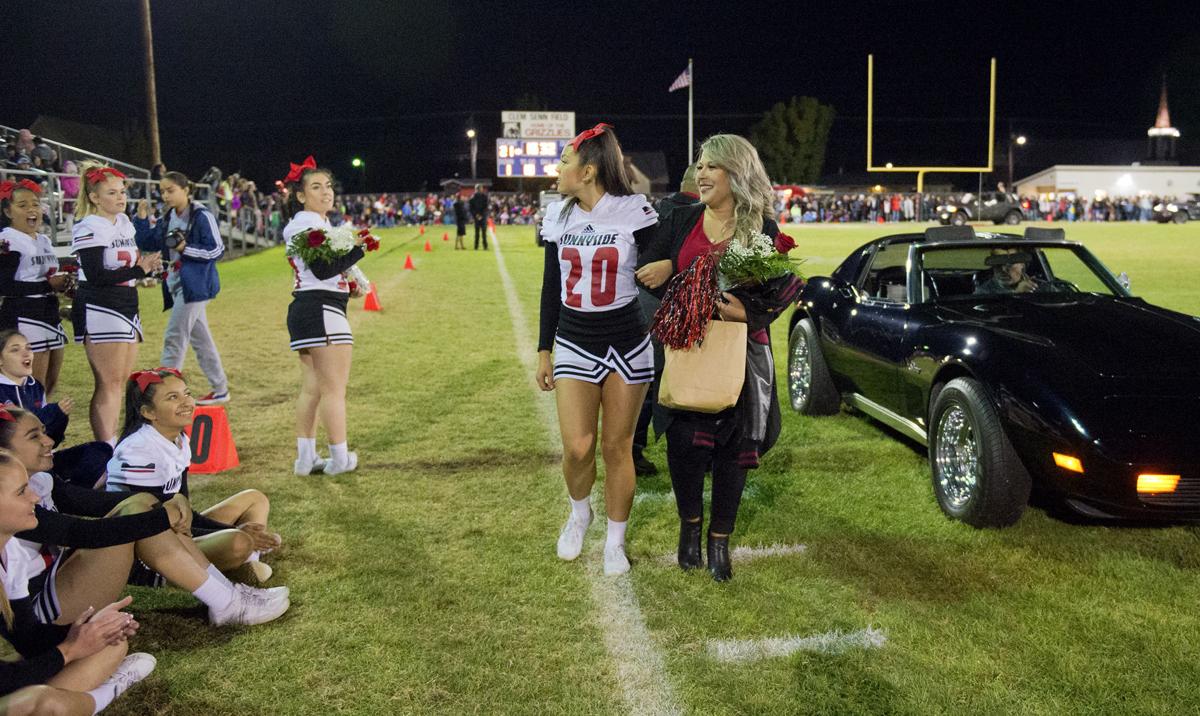 SUNNYSIDE — The Grizzlies (Big 9, 2-0 and 4-1) called upon their quick strike passing attack against the Cadets (0-2 and 1-4) as they celebrated homecoming festivities with a 41-28 resounding victory Friday, Oct. 4 at Clem Senn Field.

“Logan (Rodriguez) had one of his best nights,” SHS head coach John Lobbestael stated after the conference win. “Overall, he had a really good night and he’s doing a really good job driving our offense.”

One of the goals for the offense this season is to get all their playmakers touching the ball while keeping pressure on the opposing team’s defense and stretching the field to get their players out in space with an opportunity to make a big play.

“We would like to get the ball to everyone. I think we had five guys with a catch tonight and that’s nice,” Lobbestael replied.

There are times when the defense takes away the offense’s first, second and third option, and the Grizzlies have been practicing checking the ball down to gain positive yards. Looking to utilize their running backs out of the back field as a safety valve when receivers are covered down field and protection begins to break down, the quarterback is required to read the coverage.

“We’ve been working on that because it’s always been our plan, but we’ve not been very good at this year. So, it was great to be able to use it in this game,” coach added.

Sophomore quarterback Logan Rodriguez led an explosive Grizzlies’ offensive attack which found its rhythm early in the first quarter and was in sync throughout the game in both passing and running the ball while accumulating 517 total yards.

“We’ve had a couple of plays that have worked pretty well but teams are starting to counter that. So, we came up with a couple of new plays to get us going,” Rodriguez said after he completed 26 of 33 passes for 306 yards and five touchdowns.

He flashed a big grin when asked about his scrambling abilities while maintaining his focus downfield and not forcing a throw into coverage or turning the ball over. “I trust my linemen. When I don’t get the read, I just know what I have to do and the receivers know how to get back open,” Rodriguez expressed.

Senior wide receiver and defensive back Jonathan Sanchez had a big game catching 10 passes for 102 yards and three touchdowns.

“During my four years playing along-side Mike (Rivera) and learning a lot from him and I’ve got good chemistry with our QB now,” Sanchez described as the offense has been opened up. Me and Logan have been working out since the summer and we’re getting better every week.”

Senior wide receiver and defensive back Mike Rivera hauled in six receptions for 124 yards and one touchdown to go along with his interception as the Grizzly tandem had their way with the Cadet’s secondary.

The Grizzlies’ defense held Eisenhower’s offense in check for most of the game and limited the Cadets to 312 total yards. Sophomore Malachi Spurrier had 203 yards on seven receptions and three touchdowns to keep the visitors close.

“We had a few struggles in pass coverage tonight. Our defense is tough and we’re always going to be relentless, no matter who it is, and we’ll always play our hearts out,” senior linebacker Adam Sanchez affirmed.

SUNNYSIDE — A Grizzly homecoming tradition which had been dormant for about 15 years until pep rally officials reintroduced the spirited parade four years ago, has again become an integral part of the weeklong festivities.