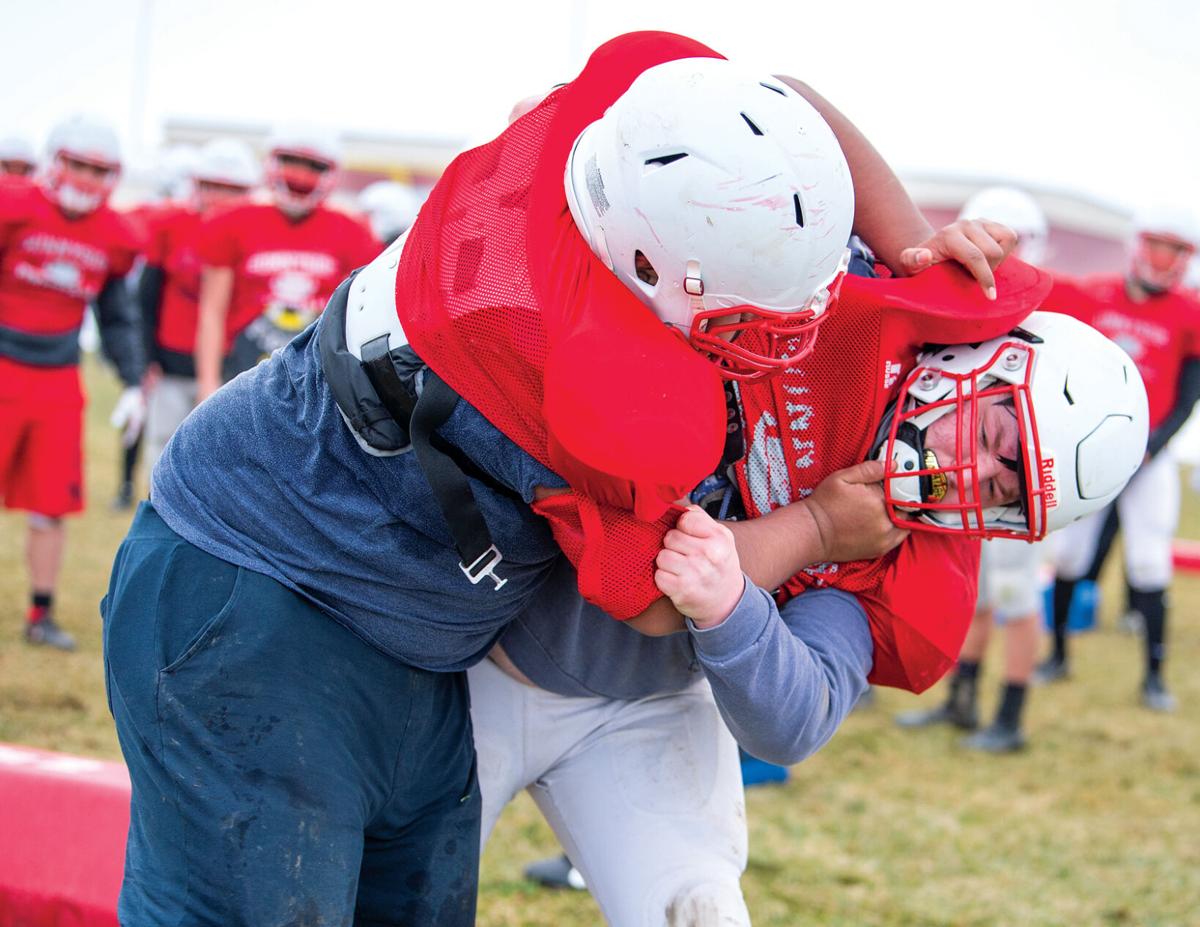 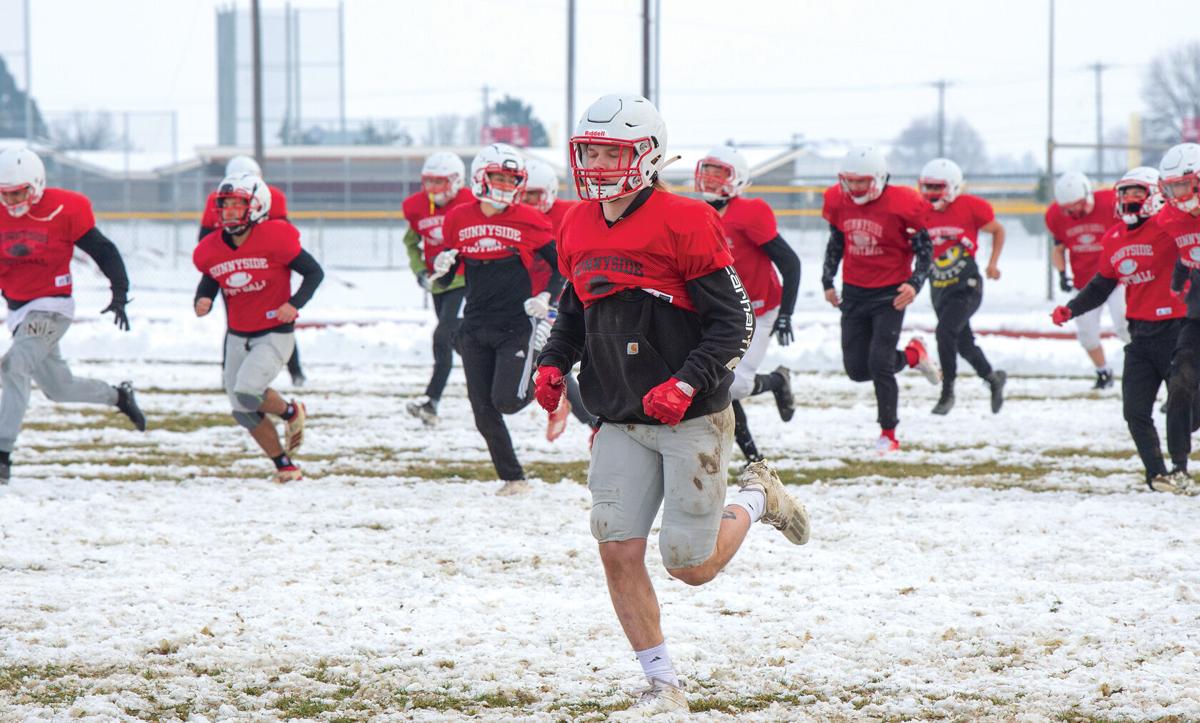 LEADS WITH AUTHORITY — SHS junior running back and linebacker Myles Newhouse practices like he plays during Friday’s afternoon practice with pads and helmets. 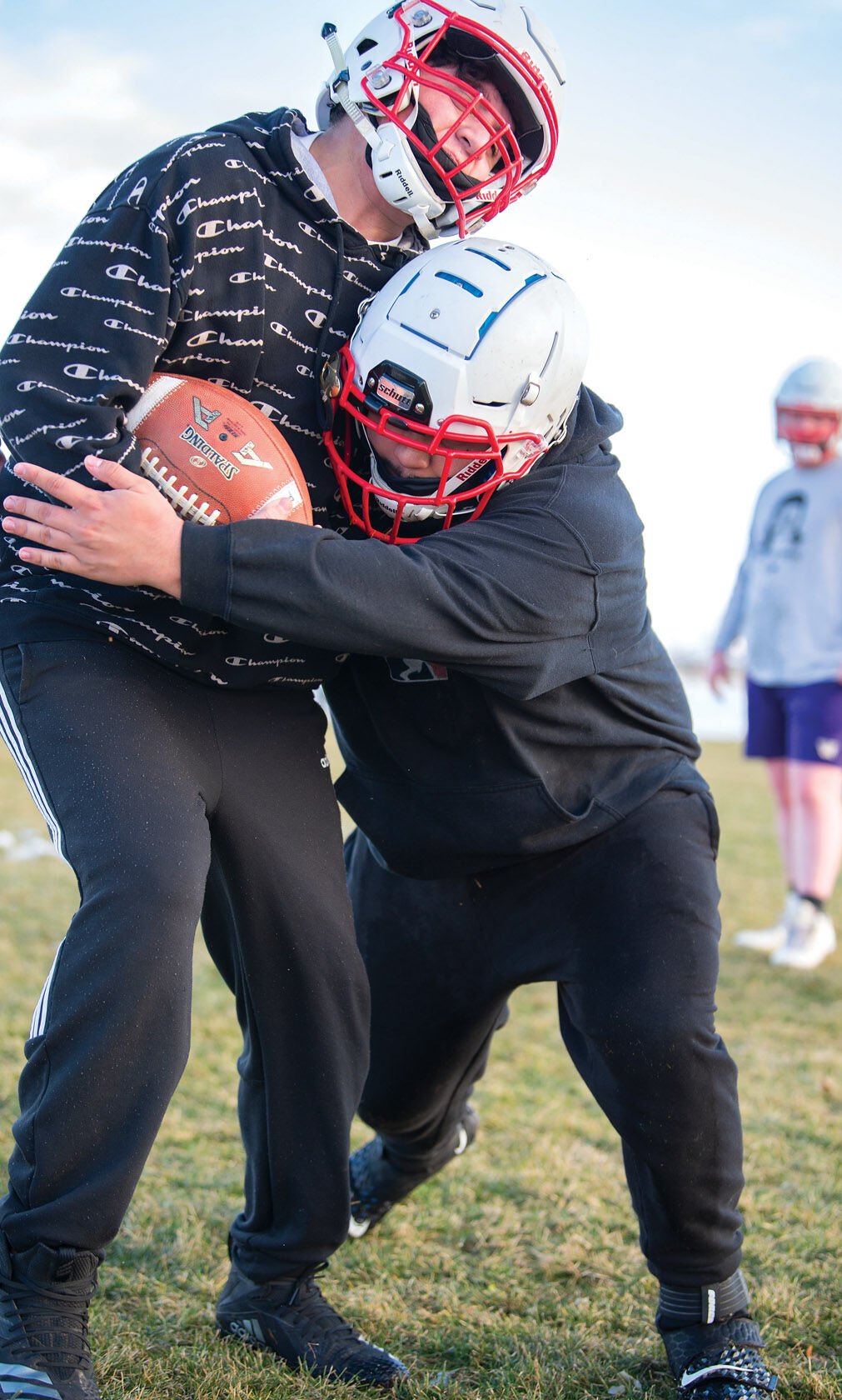 TACKLING TECHNIQUE DRILL — Sunnyside players get ready for a modified season during Wednesday’s afternoon practice with pads and helmets. 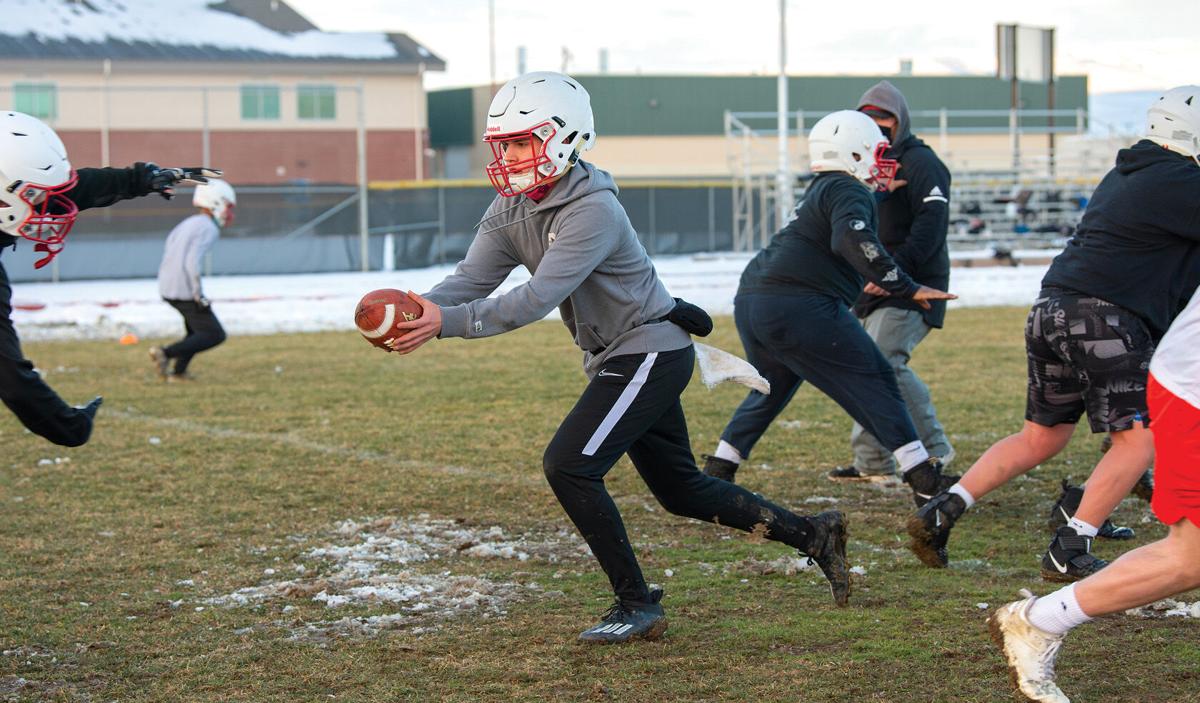 HANDS OFF — Logan Rodriguez hands off the football during Wednesday’s afternoon practice.

LEADS WITH AUTHORITY — SHS junior running back and linebacker Myles Newhouse practices like he plays during Friday’s afternoon practice with pads and helmets.

TACKLING TECHNIQUE DRILL — Sunnyside players get ready for a modified season during Wednesday’s afternoon practice with pads and helmets.

HANDS OFF — Logan Rodriguez hands off the football during Wednesday’s afternoon practice.

SHS running back and linebacker Myles Newhouse has waited over a year to finally put on the pads and helmet and take to part in the highly anticipated ‘big cat,’ one-on-one, full contact football drill, which is regarded by players and coaches as the first true day of football practice.

The Grizzly goal at the beginning of the season is to always go 6-0 in Big 9 and win the conference. This season the expectations remain the same. “We’ve only got a total of 10 days to get ready for our first game,” junior quarterback Logan Rodriguez declared.

The signal caller said he’s excited and ready to go. “Most of these guys are seniors and this is their last chance. If they want to go undefeated, we’ve got to be ready.”

The milestone moment arrived during the Friday, Feb. 19 practice, as squads of similar positioned players lined up against one another about three yards apart and sectioned off by blocking bags on each side, roughly about four feet apart. When a coach blew the whistle, the two opposing players engaged one another with the goal to gain control of their challenger and win the line of scrimmage push.

“There was some good stuff out there,” Lobbestael reported. “I thought it was super intense, guys were obviously pumped, and it didn’t look like anyone became frustrated or lost their composure out there.”

Players and coaches watched and cheered on the players while the competitive spirit of physical contact collided on the winter tundra, signifying the return of football and school’s fall sports season is officially back.

“It was awesome. I can’t even explain it honestly,” Newhouse stated after practice. “I was letting my anger out over the past year of not being able to hit.”

The junior added, “no one is beating me!”

The intensity and passion for the game comes from his heart and mind, he expressed. Even at practice, Newhouse’s athletic drive is full speed. He practices like he plays on both sides of the football and leads by example; allowing his actions speak loud and clear on the field. There’s no quit in the Grizzly player, except for when practice is over.

“I’m ready to win. I’ve only got two years left and need to make the most of that!”

This season, Newhouse will be lining up in the offensive backfield taking handoffs from junior Logan Rodriguez, like he once did on the freshman team. The tandem has a strong bond of playing sports together, he conveyed.

“We’ve always had that connection. We played AAU basketball together. We’ve grown up playing sports.”

Coach Lobbestael is pumped to see Newhouse and senior Devin Escamilla at running back while adding a new weapon to the offensive attack.

“I’m not coming off the field at all this year,” Newhouse announced.