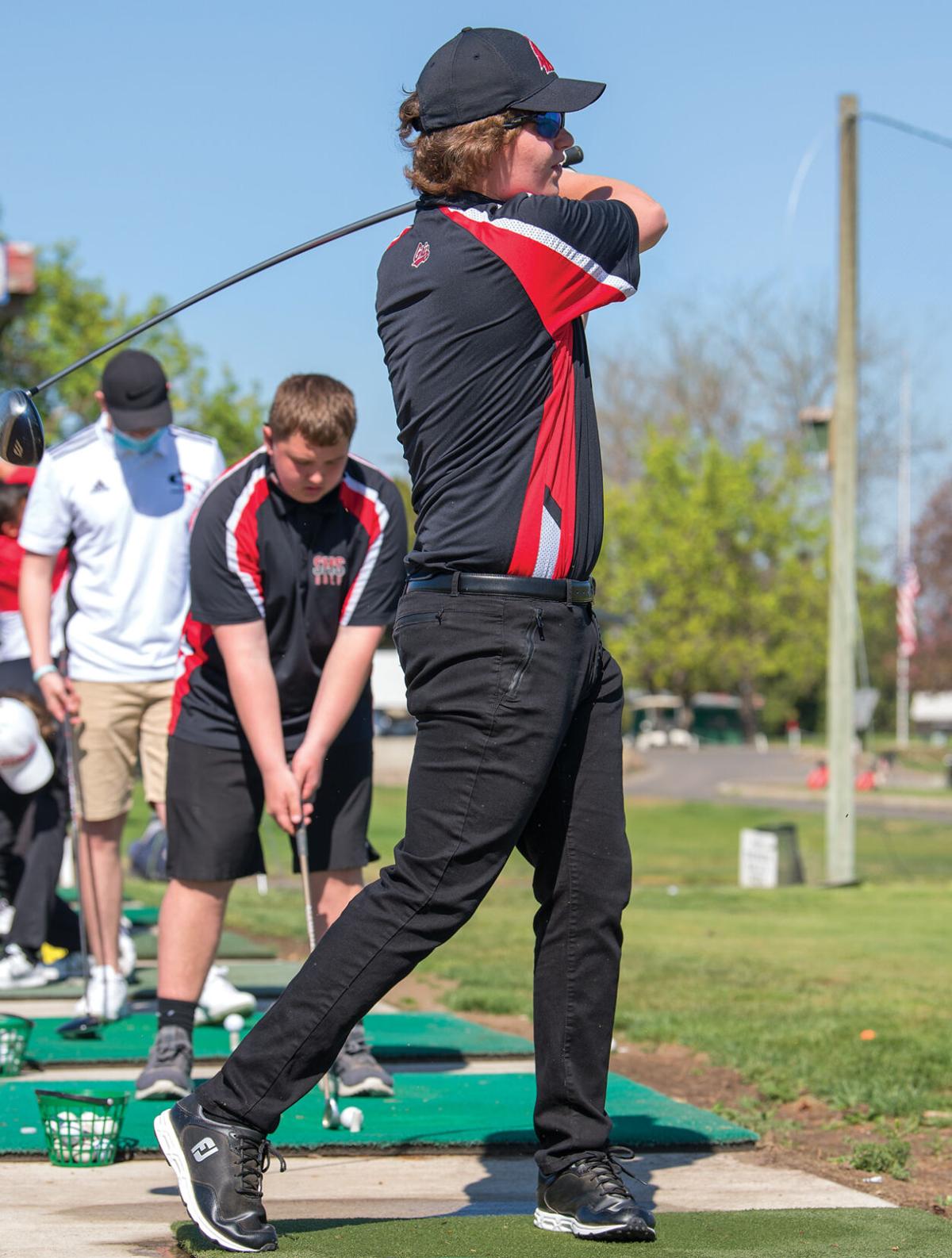 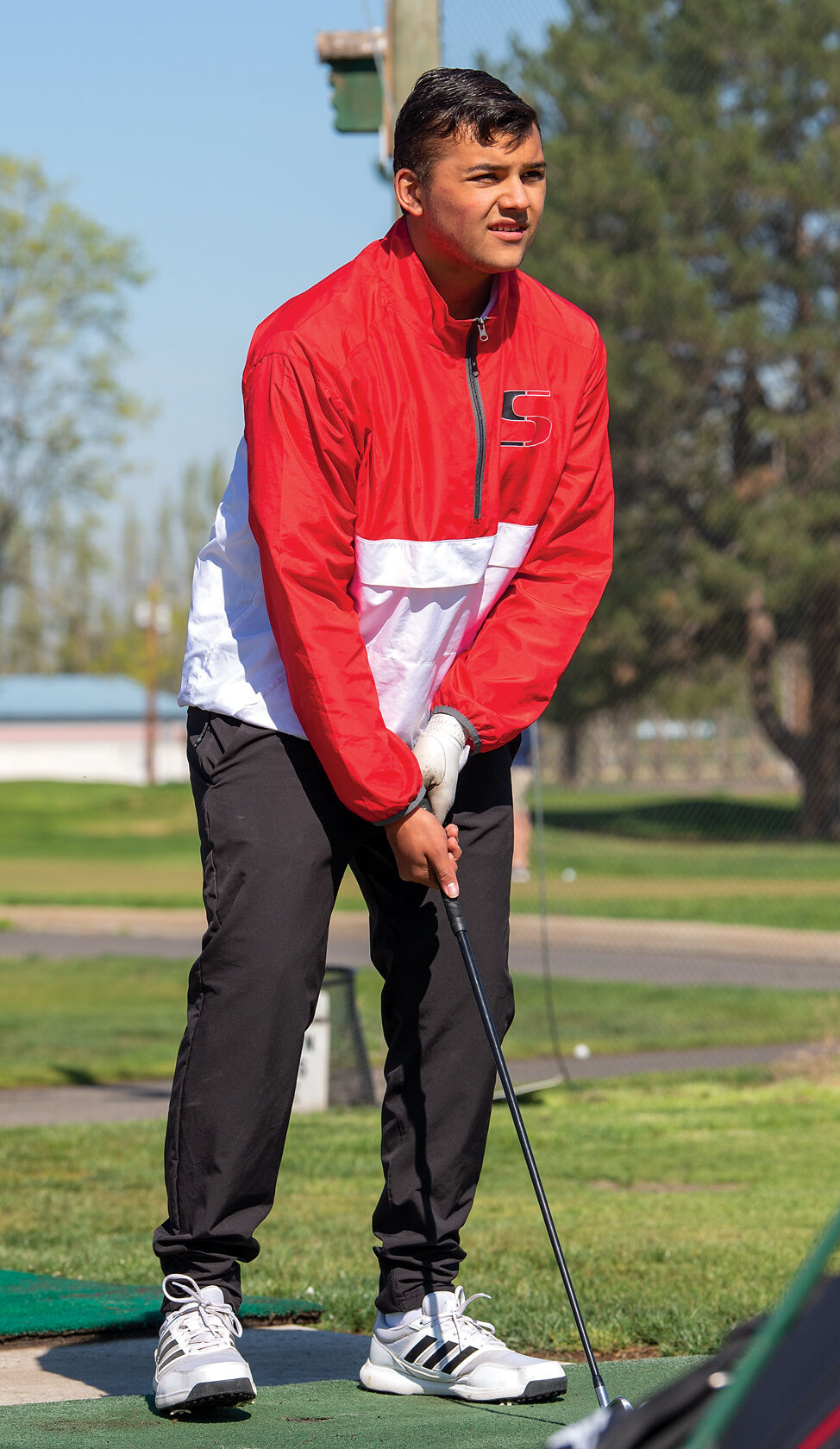 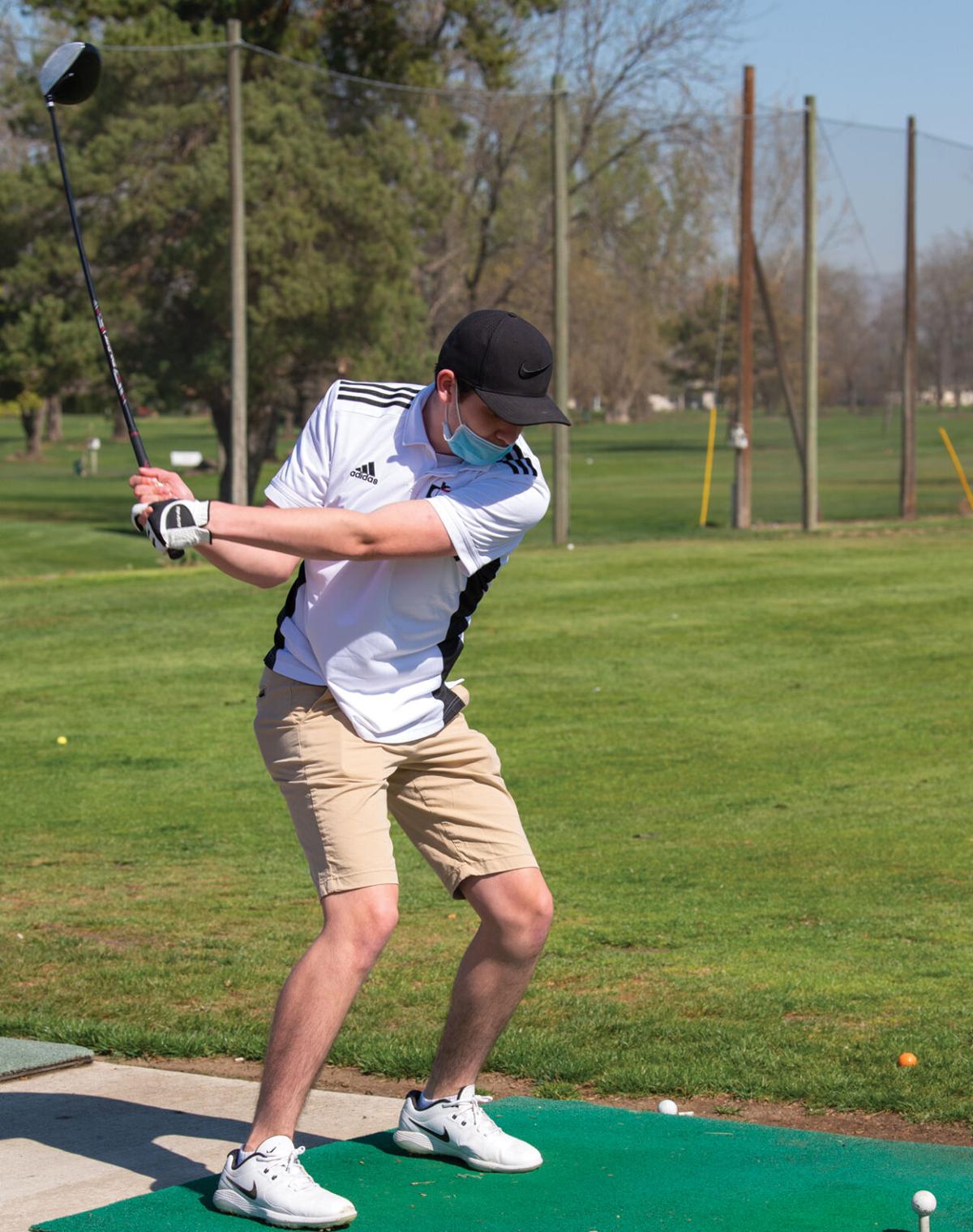 The boys golf team may not have a lot of match play experience, but their enthusiasm to grow the program struck a pinging boom from the driving range prior to their home match against Eisenhower at Black Rock Creek on Wednesday.

“It’s really encouraging and tough to leave a golf practice and not be happy about the progress being made because we have a great group of kids. There’s eight really good kiddos and they’re really good students,” SHS Boys Golf Head Coach Nicholas Gurnard expressed.

The second-year coach has been impressed by his team’s energetic punctuality and their enjoyment for wanting to grow as players.

Seniors Ryker Hazzard and Darion Beman turned out for the team and practiced for one week before COVID-19 cancelled the season last year. They’re relatively new to the program and lead the squad of sophomores and freshmen.

“This is my senior year, and I really wasn’t involved in any clubs or activities or sports. I really liked golfing and playing with my dad a lot. And I was like well, I was always playing for fun, but I think it’s time to take it to the next level and make it more competitively,” Hazzard stated.

He added, “the sport is so easy to learn but it’s so difficult to play. Golf is such a mental and physical game; I just love it.”

Patience is one of the key attributes coach used to describe the shared bond between all eight players, he said. None of them displayed a lack of patience as they moved through the uncertainty of the season and participating in team practices to playing competitively. There hasn’t been much individual frustration for learning golf’s challenging fundamentals.

“They are mellow students and fit the game well, for the most part,” Gurnard conveyed. “It’s really nice to have that be a part of the program and not have to coach that out of students.”

The day before their match or as the CBBN uses the term ‘pod,’ the team will have a nine-hole playoff to compete for the six open spots. The top two golfers from the previous pod can keep their spot but must compete to determine their position ranking within the next pod.

They’re guaranteed to play, however, there’s no assurance of which spot earned until the scorecards have been turned in to coach.

“I started playing golf in my junior year for fun,” Beman recalled.

The former varsity basketball player was introduced to the sport while hanging out with friends, he said.

“I was also looking for a sport that was competitive but not as stressful and too serious. Because at the end of the day; I knew, since I’ve never played golf before, there’s no reason for me to expect too much from myself but to try to be better and have fun, Beman explained.”

Gurnard, who played college baseball and later developed a love for golf with a set of clubs given to him as a birthday present via his sister-in-law’s direction to her husband.

“Golf does not have a huge competitive aspect, which helps for some of our kiddos, who are not overly competitive in an intensity wise but are competitive with themselves,” he conveyed. “Here you’re competing against your own score and just trying to get better every day out.”

Golf is a lifelong sport that we can play forever. Not many sports can you see individuals in their 80s playing.