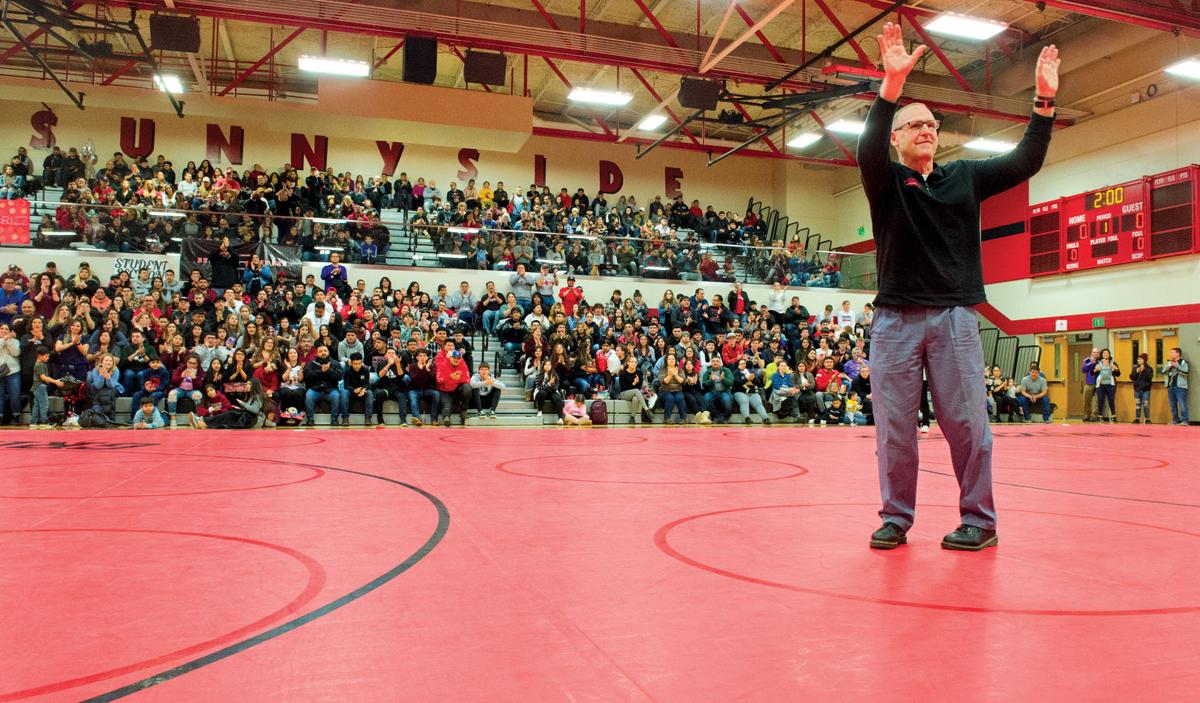 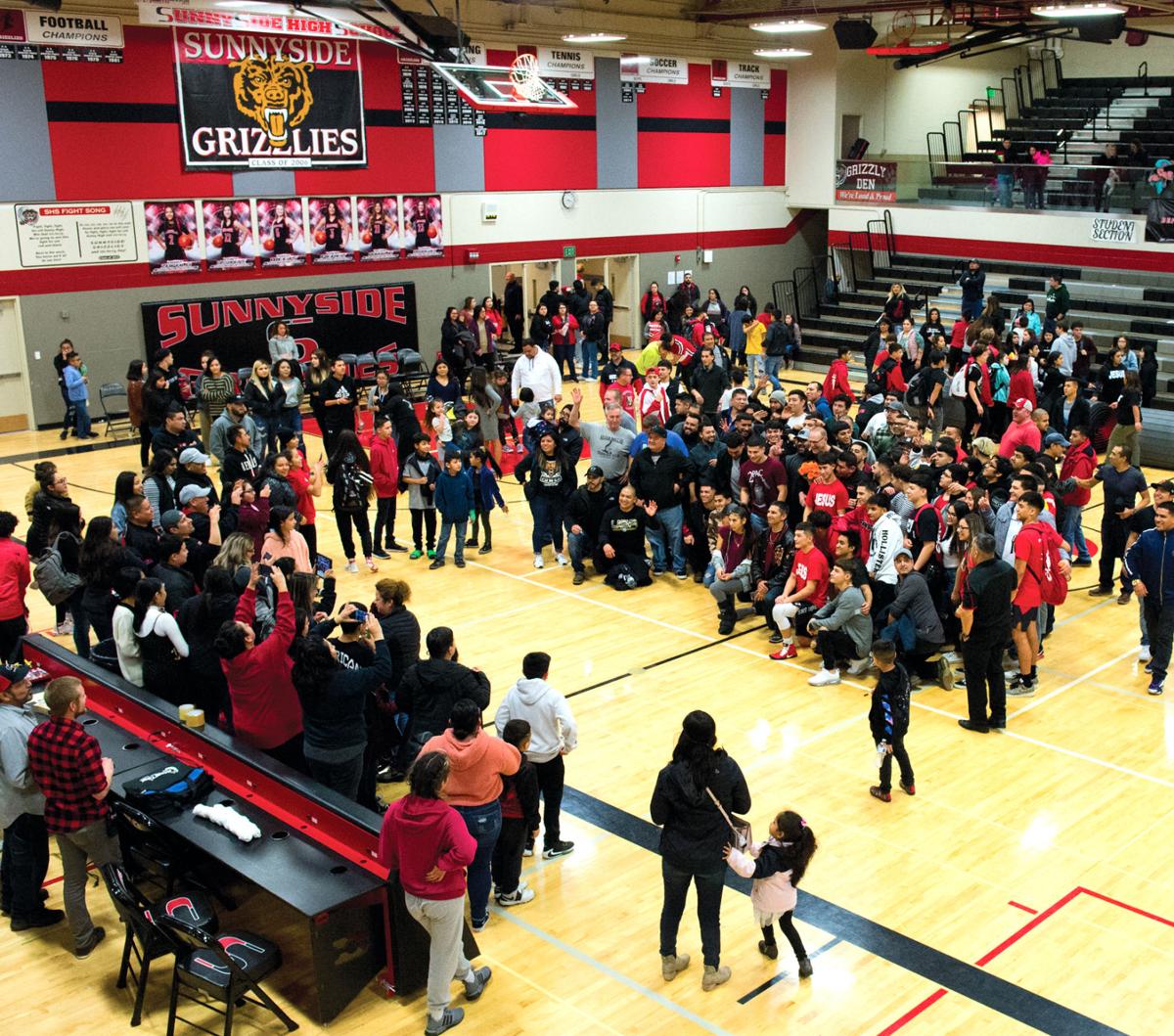 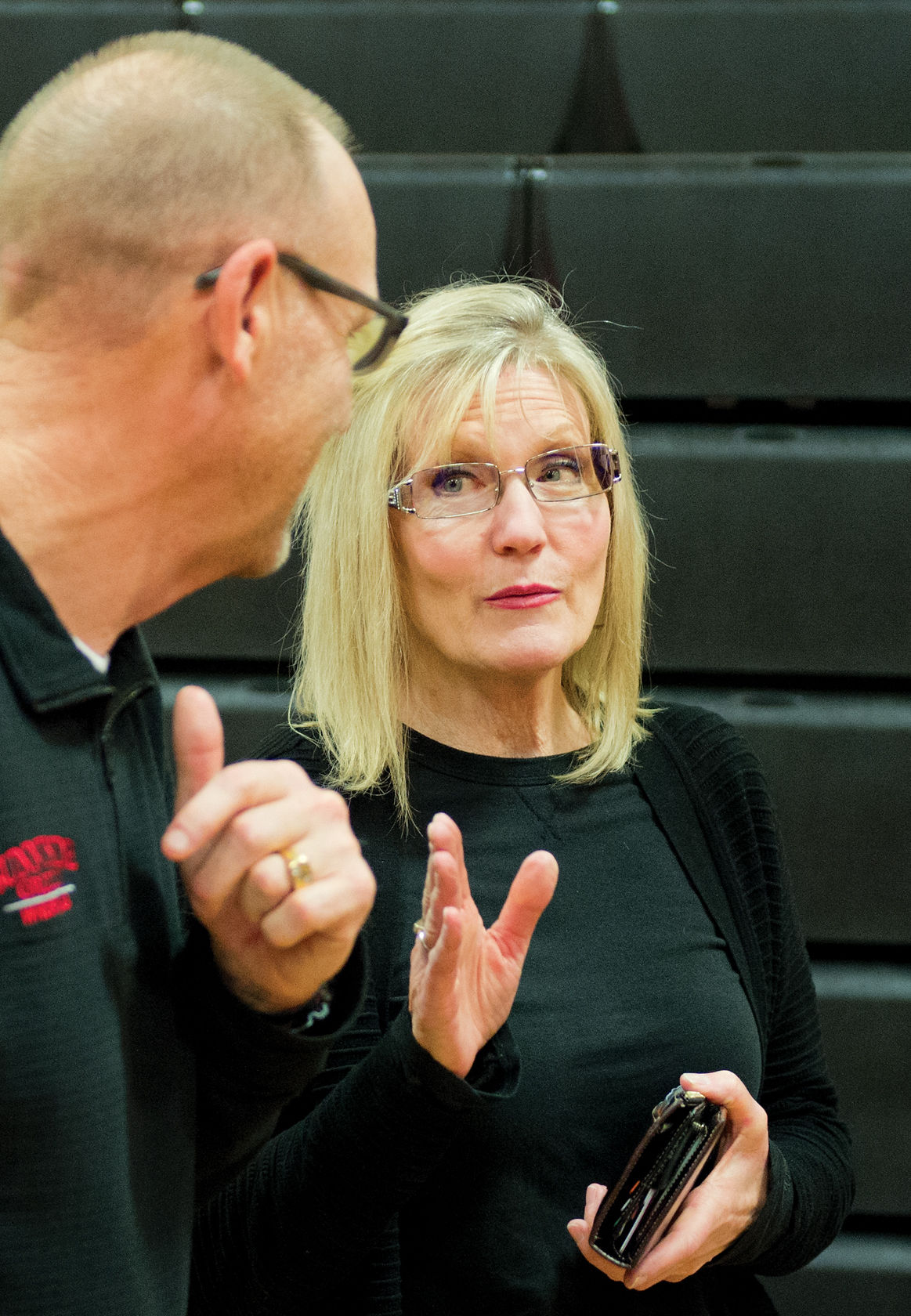 GUIDING FORCE — Kathy Paulus provides her husband of 38 years with a few last-minute insights prior to the Grizzly tribute. 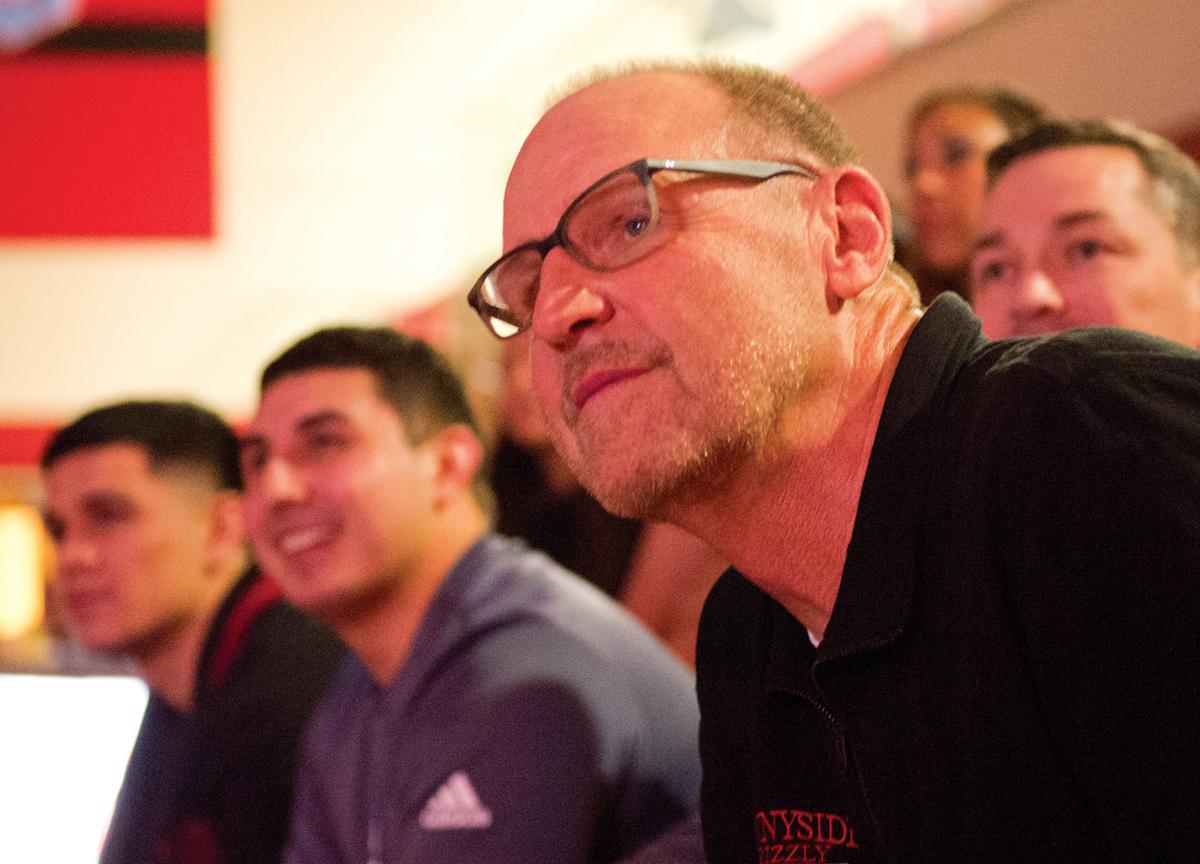 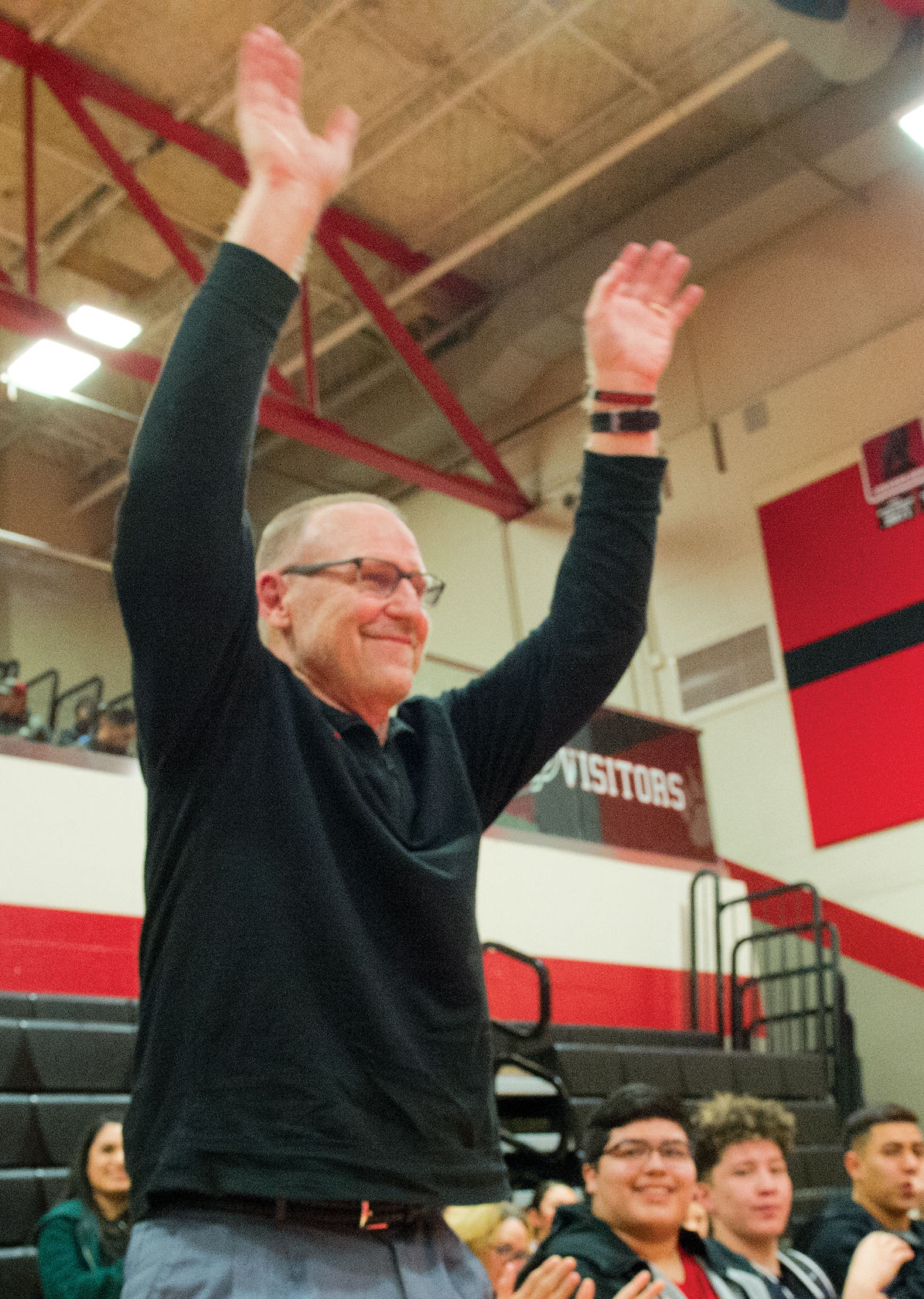 GUIDING FORCE — Kathy Paulus provides her husband of 38 years with a few last-minute insights prior to the Grizzly tribute.

SUNNYSIDE — There are times when people can fondly recall where they were when a person who made an impact upon their life begins a new chapter of their own and for more than 1,000 Grizzly Nation family members on senior night, they’ll remember how they joined together to honor the “Teacher, Coach and Legend” boys’ varsity Hall of Fame (HOF) wrestling coach George Paulus on Thursday, Jan. 23.

“First off, he was my junior high coach and at the time my parents were split, he was like my surrogate father. So, he was the guy I listened to, the guy who instructed me all time,” Abel De La Rosa explained before they both moved onto the high school.

Their formidable bond created early on, continued to evolve over decades. “After I graduated from high school and came back home, I would come see him. I’d go to the state tournament and we’d talk. We became great friends as I grew older into manhood.”

Paulus announced at the start of the school year, this would be his final season of coaching. And prior to the 7 p.m. Grizzlies home conference wrestling dual against Wenatchee, he was recognized with a multimedia retrospective of his life and dedicated passion for wrestling.

The packed gym of Grizzly faithful roared loudly with a cheerful remembrance and heartfelt gratitude. A series of timeless images accompanied by a moving soundtrack, conveyed the touching story of how this hip young man connected to generations of Sunnyside High School athletes and families during his 40 years of coaching.

Even with the lights turned off, the HOF coach wiped away a fallen tear or two of emotion as Kenny Chesney’s, “Boys of Fall” song played in tune with the dramatic on-the-mat moments which quietly pulled on the heartstrings of the audience.

“There are so many old photos and so many teams and so many kids, it’s like, wow,” Paulus enthusiastically exclaimed as he was ready to roll and get wrestling while his team warmed up.

There were numerous former wrestlers, athletes, families, friends and co-workers in attendance and many of them traveled from all over the state to share in the evening’s tribute. Everybody wanted to be there to congratulate the iconic coach on his upcoming retirement and for them to have their picture taken with him, as part of their extended family.

“Everyone knows that if you don’t have the support of your significant partner, it’s probably not going to go well. And for me, my wife (Kathy) has allowed me to do this for the entire 38 years that we’ve been married. She’s still with me. She’s always given me the latitude to do it and I just appreciate her so much for letting me do this,” Paulus compassionately acknowledged.