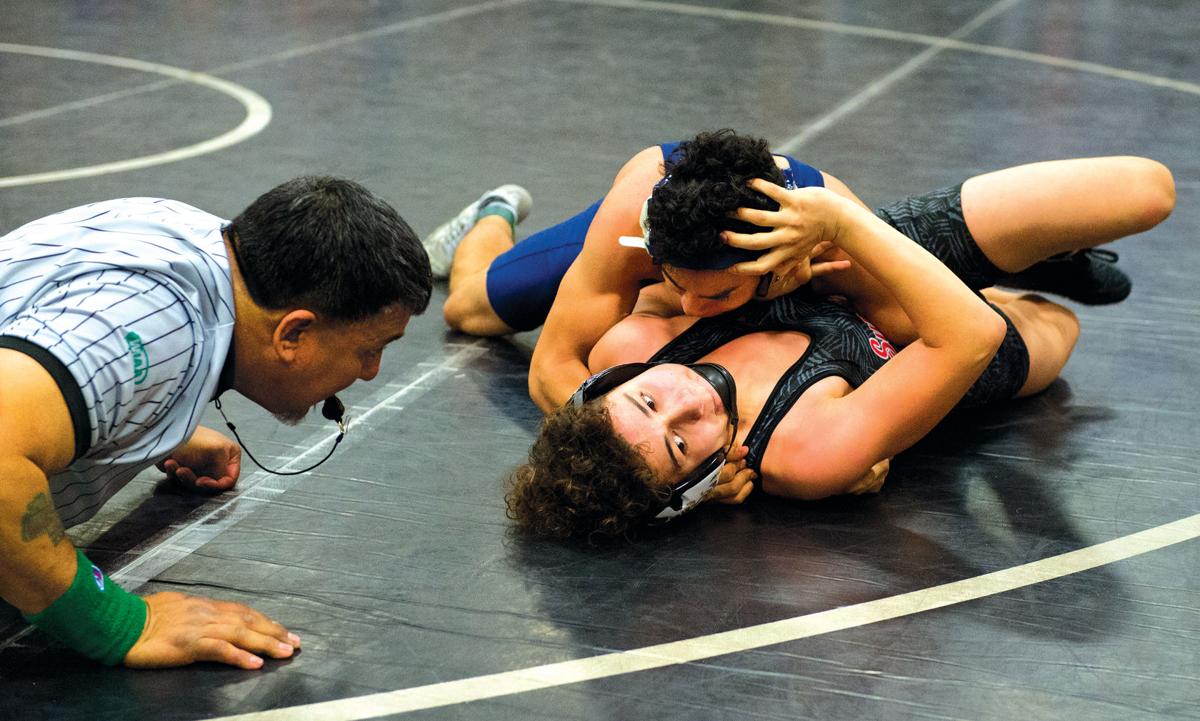 Sunnyside High School freshman Nathan Gonzalez in the 126-pound weight class wins by decision 15-13 in OT over a Chiawana wrestler. 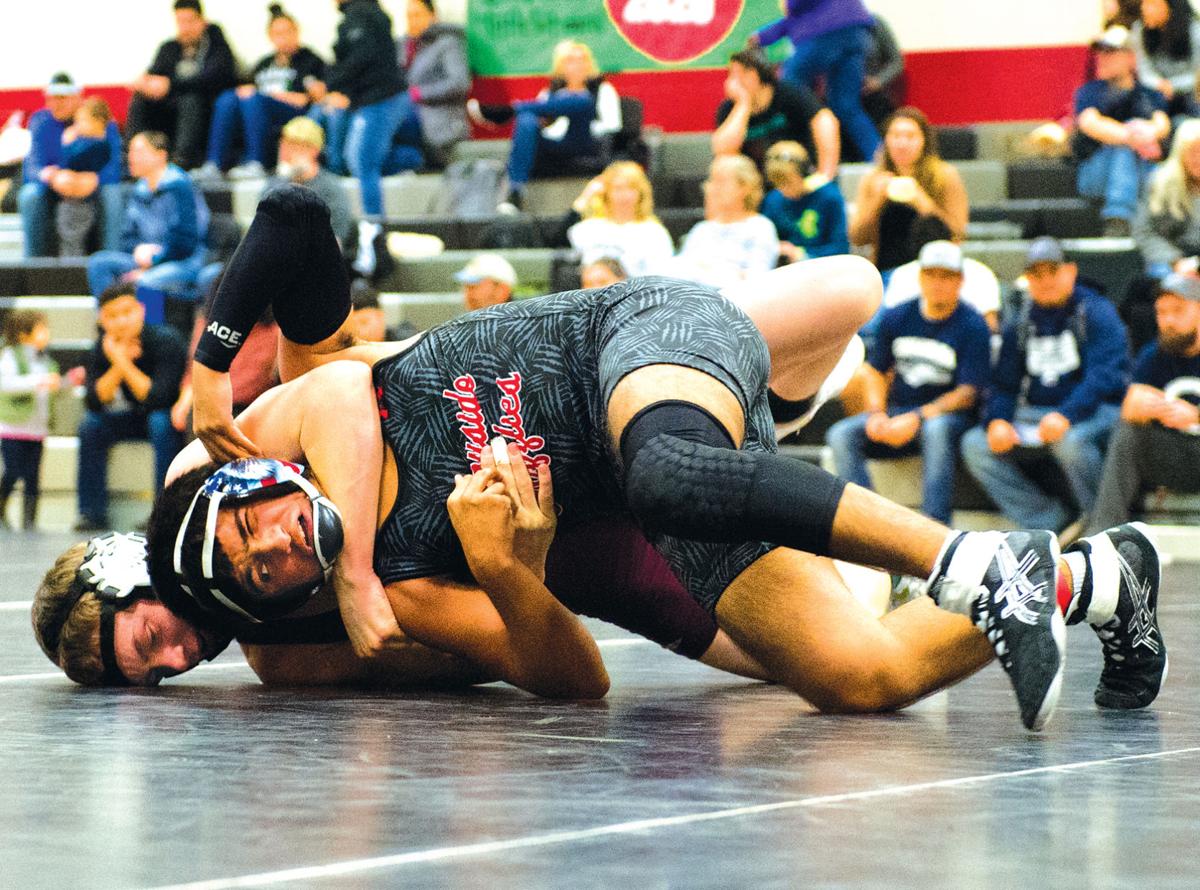 Sunnyside High School freshman Nathan Gonzalez in the 126-pound weight class wins by decision 15-13 in OT over a Chiawana wrestler.

SUNNYSIDE — A tradition which has been a part of the Grizzly boys’ wrestling program and winter break ritual for more than 20 years, the JV Mixer attracted a wide range of athletes ready to test their mid-season form while gaining valuable mat experience on Saturday, Jan. 4 in the main gym.

10 schools including Sunnyside, consisting of 142 participants competed in a total of 141 matches throughout the day. It’s called a mixer because there are no awards given out and athletes are all jumbled up to wrestle different kids throughout the day.

“During the winter break, we don’t have a lot of tournaments for the JV to attend and this was a great opportunity for them and not just for our wrestlers, but for other teams from the area to bring in their wrestlers for some mat time,” stated JV coach Ralph Mendoza.

Due to a scheduling conflict with the calendar of varsity wrestling events and the tournament in Kent taking place on the same day, the mixer which is normally used as a fundraiser was greatly reduced in size to accommodate the team’s limited involvement on Saturday, head coach George Paulus said.

Only two mats were used during the two-match set which was planned to accommodate around 80 wrestlers with about seven to eight contestants in each of the 14 weight classes. When the doors of the gym opened, that number doubled.

Teams from Chiawana, Kennewick, Kittitas, Mabton, Othello, Richland, Selah, Wenatchee and Zillah showed up to battle on the mat.

“The emphasis is on mat time! You can’t replace that. You’ve to get in there and just grind it out, and work through whatever move, top, bottom or neutral position. That mat time is very critical,” Mendoza voiced.

The popular mixer typically draws about 25 to 30 schools and encompasses the of use of five mats in two gyms while attracting a large contingency of girl wrestlers, Paulus pointed out.

He noted the annual mixer will return to its usual prominence for being recognized as one of the most awaited winter break competitions next year.

The annual event provides JV athletes with about four matches each and the opportunity to score against different opponents in the same day.

“Our JV team, we’re like prepared for that tap on the shoulder and when it comes to compete on varsity, we don’t hesitate. We go in there and get the job done,” SHS senior Enrique Amaro-Jasso expressed as he warmed up for his second mixer match on mat No. 1.

Amaro-Jasso, wrestling in the 132-pound weight class, added that both teams are extremely competitive and there’s a very fine line between JV and varsity as a result of so much talent on the teams. “… we have fun with a purpose here.”

Junior Anthony Denson confirmed that gaining mat time experience builds confidence while exposing him to an assortment of wrestling techniques and challenges.

“It’s useful because I use moves that they do on me from different teams that I don’t usually get practiced on, and I’ll take them back to the practice room and work on them,” Denson acknowledged after he won his second match.

“… when I have my whole team out there, they’re like ‘you’ve got this! You’re good.’ And alright, I’m better than I actually thought.”

Casas won by decision 6-3 over Richland and won by fall at 2:50 over Zillah.

Gonzalez won by decision 10-0 over Richland and won 15-13 in OT over Chiawana.

Amaro-Jasso won by decision 12-8 over Kittitas and won by fall at 1:03 over Othello.

Payan won by fall at 3:52 over Chiawana and won by decision 15-0 over Kittitas.

Avalos won by decision 6-5 over Kennewick and won 6-2 over Othello.

Bravo won by decision 18-1 over Chiawana and won by fall at 2:41 over Wenatchee.

Torres won by decision 4-2 over Chiawana and won 4-0 over Kittitas.

Pina won by fall at 1:06 over Chiawana and lost by decision 7-3 to Mabton.

Armendariz lost by decision 3-1 to Mabton and won by fall at 1:03 over Richland.