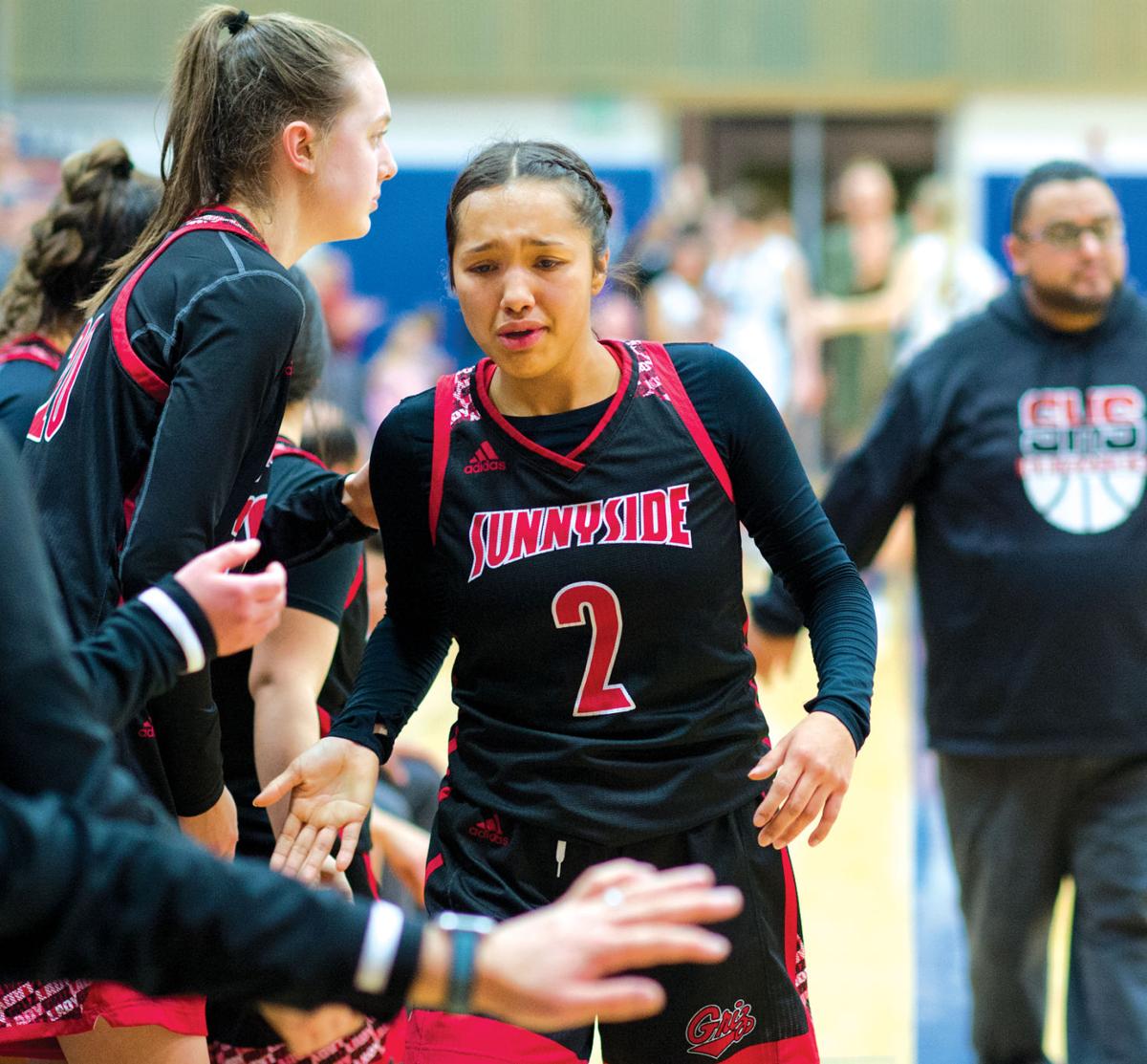 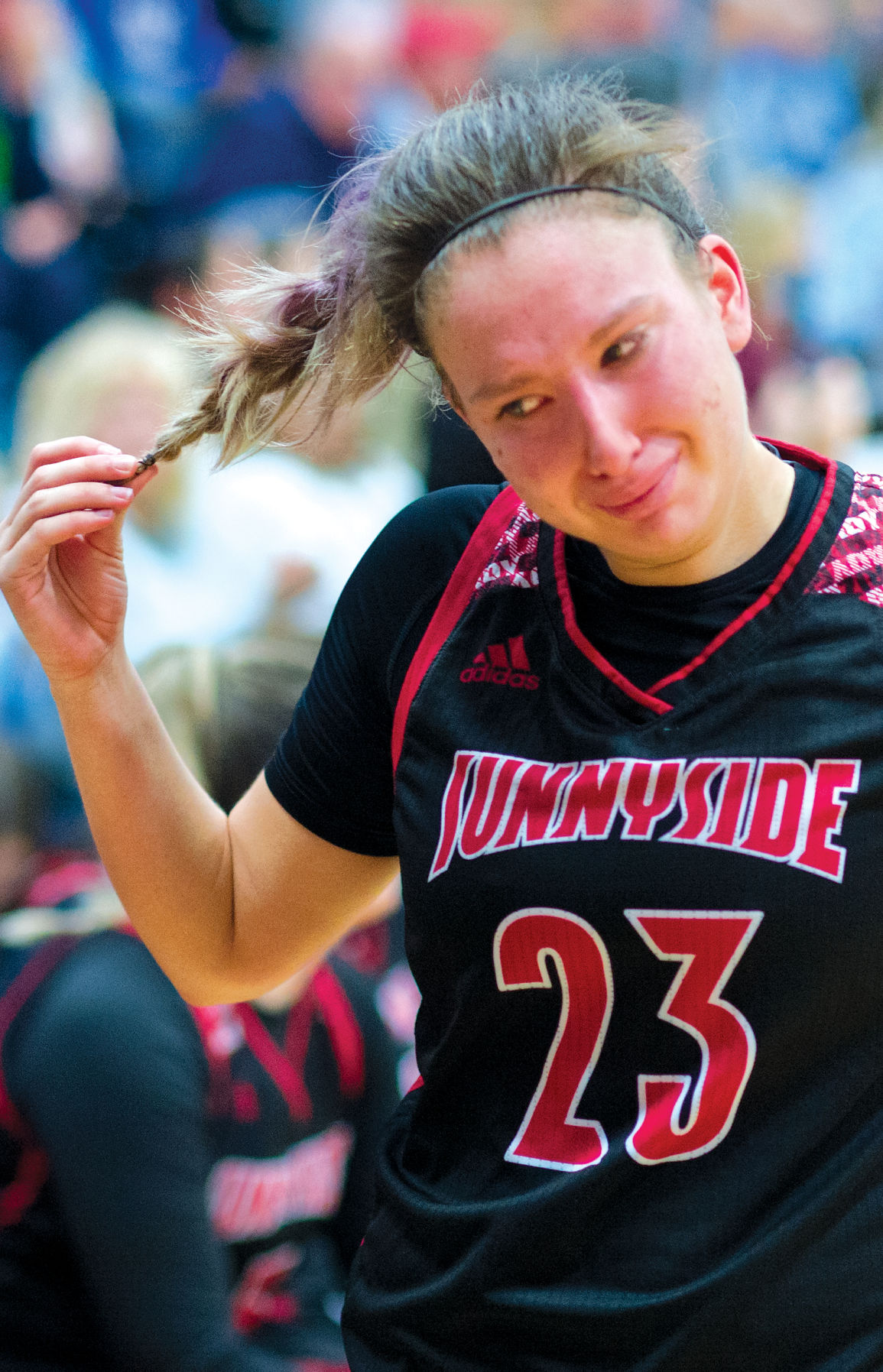 PUYALLUP — Resilience is the word used to best describe the girls team character this season and during the WIAA Regional basketball game against Bellarmine Prep on Saturday evening, Feb. 29, their road playoff performance lived up to westside expectations.

“These girls have a big bite in them and a really strong bark. They don’t like to lose,” coach Rick Puente stated after the Lady Griz were bounced out of the state tourney drive, 64-52 at Rogers High School.

“We weren’t on the right end of the scoreboard tonight. Unfortunately, it wasn’t our night. These girls played hard, that’s all we can ask for,” he added.

The fast start appeared to disrupt the Lions and their coach, Kim West, who received a referee’s warning following her persistent questioning of the game’s officiating during Grizzlies’ run.

SHS led 15-12 to start the second period, while making a strong impression on the home team that they were in for a tough game until the final buzzer.

“It hurts a lot. I never thought this year would kind of come. And just knowing that it’s over sucks! Because I won’t have another practice with them,” senior Kameran Rodriguez emotionally expressed following her 23-point effort.

Bellarmine took the lead for the first time at the 4:11 mark in route to a 28-22 halftime lead. The Lions offense were guided by senior guard Callie Stevens, forwards Julia Bordeaux and Catie Burns. The trio utilized their athleticism and length in setting the tone for 25 third quarter points as they built an 18-point, 53-34 lead going into the final quarter.

On the Grizzly sideline, coaches and players gathered around one another in reinforcing their team’s philosophy of being “all in” and to come out with intensity for creating an opportunity to win down the stretch.

“They’ve been an amazing group of girls to play with and no one has ever been negative. It’s just been positivity and energy throughout the practices and games,” senior Abigail Zavala conveyed.

Sunnyside’s cheerleading squad and band, along with a student rooting section, made their spirited presence felt as the Lady Griz proceeded to go on a 14-2 run over the next 4:37. They narrowed the gap to 55-49 and had regained momentum.

Following a Lion’s three pointer, bumping their lead to nine, Rodriguez took charge on the subsequent possession. She received the ball just inside the arch, straight away from the hoop and immediately drove the lane.

The Lions’ twin tower double team met the fearless scorer on her way up for a contested layup. The officials held their whistles in check while the determined leader battled for the offensive rebound. Once Rodriguez secured ball, she squared up her shoulders baseline, underneath the left side of the rim and gave a convincing head fake.

Both defenders went for the block. As she attempted to go back up strong with the put back and possible three-point play, her calf cramped up and Rodriguez fell to the floor with 2:37 remaining.

“We left our mark on where we wanted to go… And hopefully, the younger girls will pick that back up next year,” she confidently acknowledged.

Coach Puente admitted he tries to send off his seniors with a comforting feeling of closure while reminding them about the successful impact they’ve had on the Lady Griz basketball program – inspiring their readiness for a new and exciting chapter of life which awaits them.

“We’ve got a great bunch of kids still remaining in that locker room who are hungry and hopefully, they’ll continue to grind and keep on working,” he openly explained.