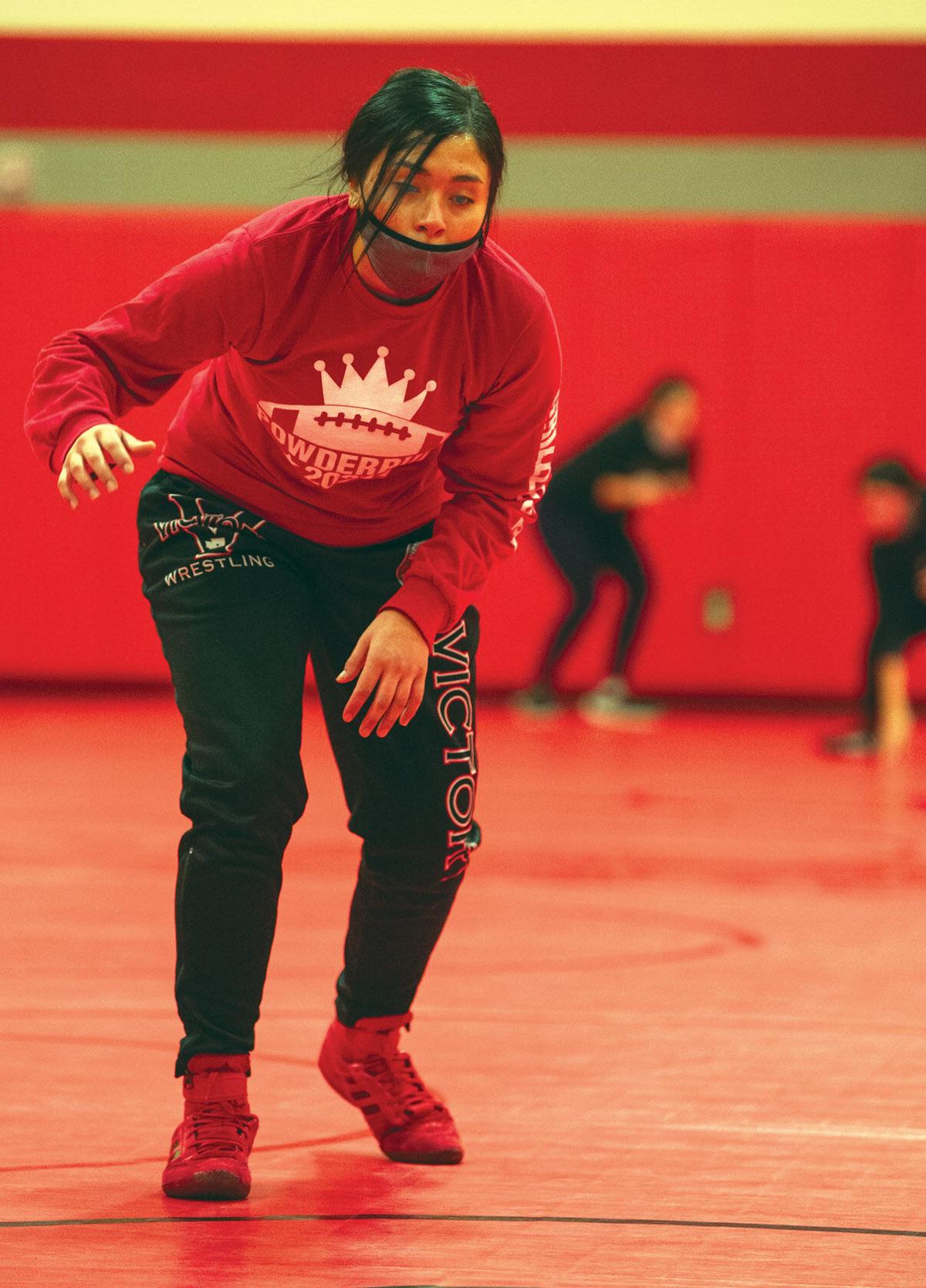 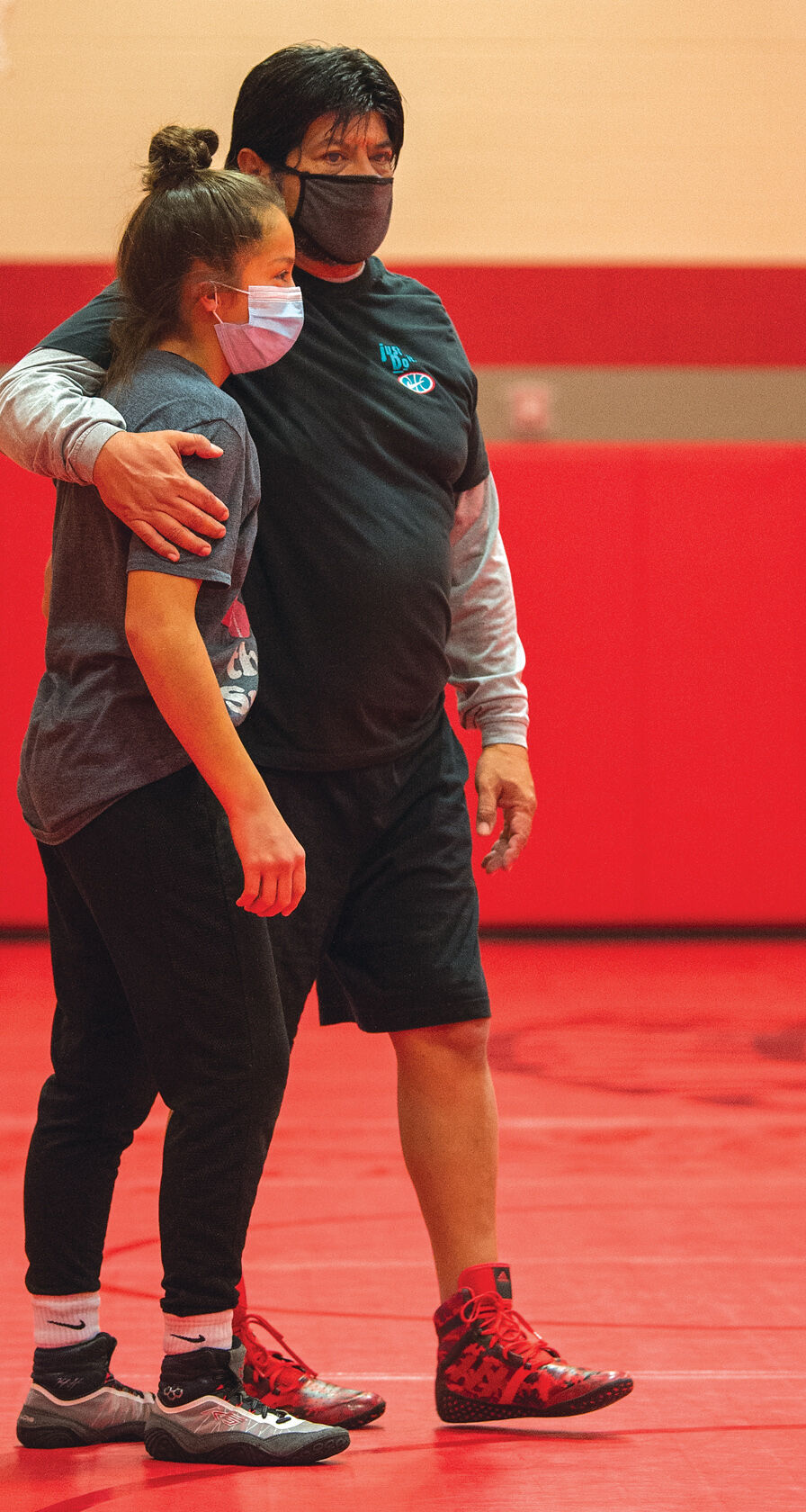 SUNNYSIDE — Aiming to remain a step ahead of their voluntary on the mat conditioning regimen, while demonstrating a powerful stance for complying with health guidelines to keep the girls wrestling program practicing, they’ll be prepared to step into the circle and make their upcoming and nontraditional spring season one for the record books.

“There might be one or two seniors on a team to be able to hit that century mark per year but to have six in the same year is just a testament to their hard work, their buy in to our philosophies and being a Lady Grizzly wrestler, we’re just hoping they have a shot at the season,” SHS Girls Varsity Head Coach Dave Mendoza acknowledged.

SHS senior Eliza Rodriguez was one of 13 athletes glad to be working out on the mat within their limited pods while wearing protective face coverings as “Welcome to the Jungle,” by Guns N’ Roses rocked the wrestling gym, renamed the “Pauluseum” during Thursday’s 4 p.m. workout.

She and her teammates have continued to train on their own with a shared goal in being ready for an upcoming season which is scheduled to begin on Dec. 28. “My dad has been helping me to stay in shape, Rodriguez stated. “He bought some mats for us and I’ve been practicing with my little brother in our garage.”

Rodriguez returns with post season dreams – to be the first Lady Grizzly state champion. She finished third in the 110-pound division at last season’s Mat Classic XXXII. The experience of being so close to winning a state title still lingers and is a disappointment for her, which she uses as a source of motivation, she said.

“I felt I could have done better. I just ran out of energy and I got really tired… I won’t let that happen again.”

Last season Cheyann Rendon had to step away from the team for personal reasons but wanted to make her last wrestling season memorable. “I’m really motivated to come in and keep working. I’m going to give it my all for my last year. It’s my last shot to make something happen.”

The 145-pound wrestler plans to cut about 10 lbs. for the season and has been practicing and running on her own daily, she said. The long distance running also helps a lot with her peace of mind and her ability to focus on what lies ahead for her.

Athletes and coaches remain hopeful but recognize their shortened season could be all taken away in an instant due to COVID-19 safeguards.

“The mentality of what these girls are capable of doing, I’m extremely pleased they’ll get through this regardless if we have a season or not. They’ll be better people and they sure as heck have made us a better program by being a part of Sunnyside wrestling,” Mendoza confidently explained.

I’ve always considered high school wrestling as a stepping stone for bigger and better things. The message I have for the girls is whatever happens in terms of competition, it’s not going to define you as a person.