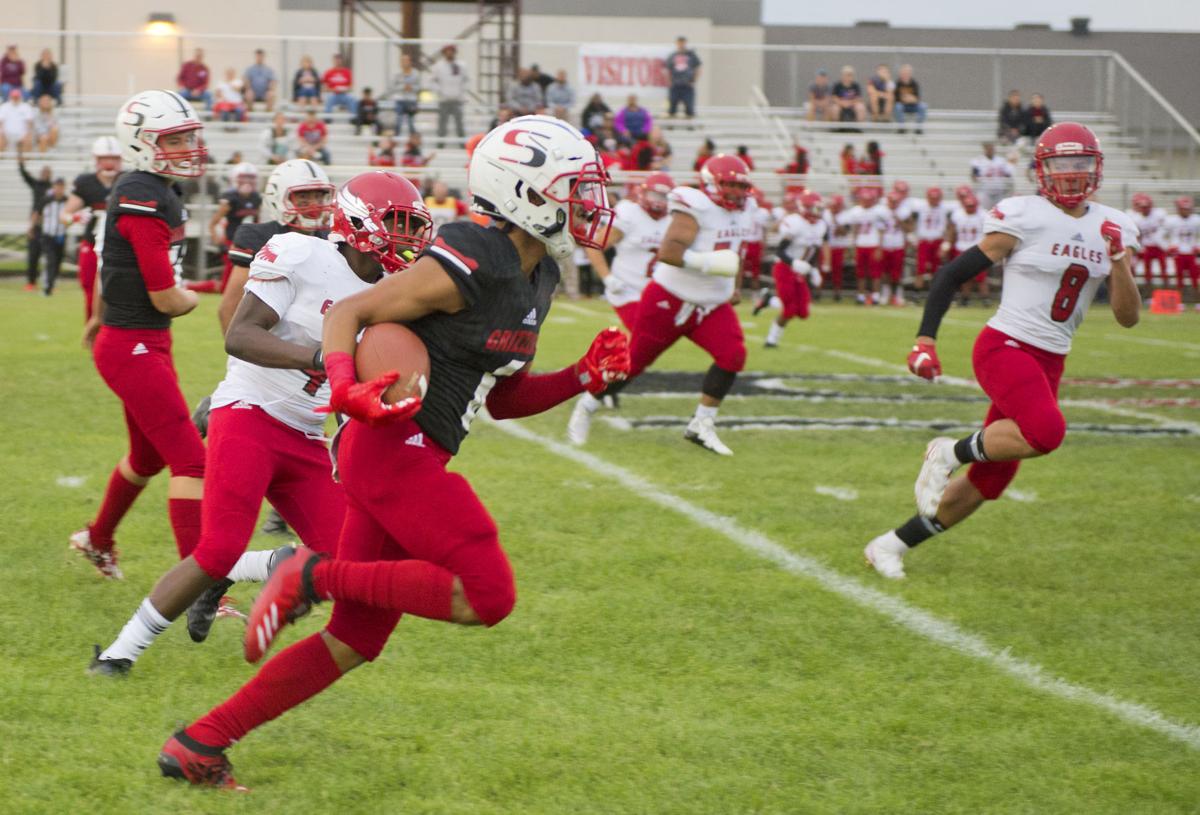 Rivera caught eight passes, four of them for touchdowns and amassed 206 yards while establishing a Grizzly record for receiving yards in a game, during their 62-0 victory over Cleveland High School of Seattle on Friday, Sept. 13.

“It’s pretty exciting. A real blessing,” the playmaker exclaimed. “I’m just going to keep working my butt off and try to do even better,” Rivera expressed.

Each week throughout the school year, the WIAA recognizes varsity athletes who exhibited an outstanding performance for the previous week based from the nominations.

Following the record setting performance, SHS head coach John Lobbestael contacted the WIAA and sent them the information about Rivera’s achievement, along with a picture.

“I don’t know how many athletes get nominated but it’s pretty cool,” Lobbestael stated.

All varsity level students in good academic standing at their schools are eligible to receive the WIAA/Wendy’s Athlete of the Week Award. Students may win the award once during any given academic year.

According to Lobbestael, when he was an assistant up in the booth for 2012 or 2013, Joe Contreres tied the single game receiving yardage mark with 201 yards.

“I was unaware that you could nominate players. Am not sure how often we’ve done it in the past,” he said.

Coach added that he would like to have a football record book where past Grizzly accomplishments could be kept and easily referenced.

Nominations are open to athletic administrators, coaches, fans and members of the media, with a weekly deadline of Tuesday at noon (PST).

Rivera and his teammates were back on the field practicing kick off drills.