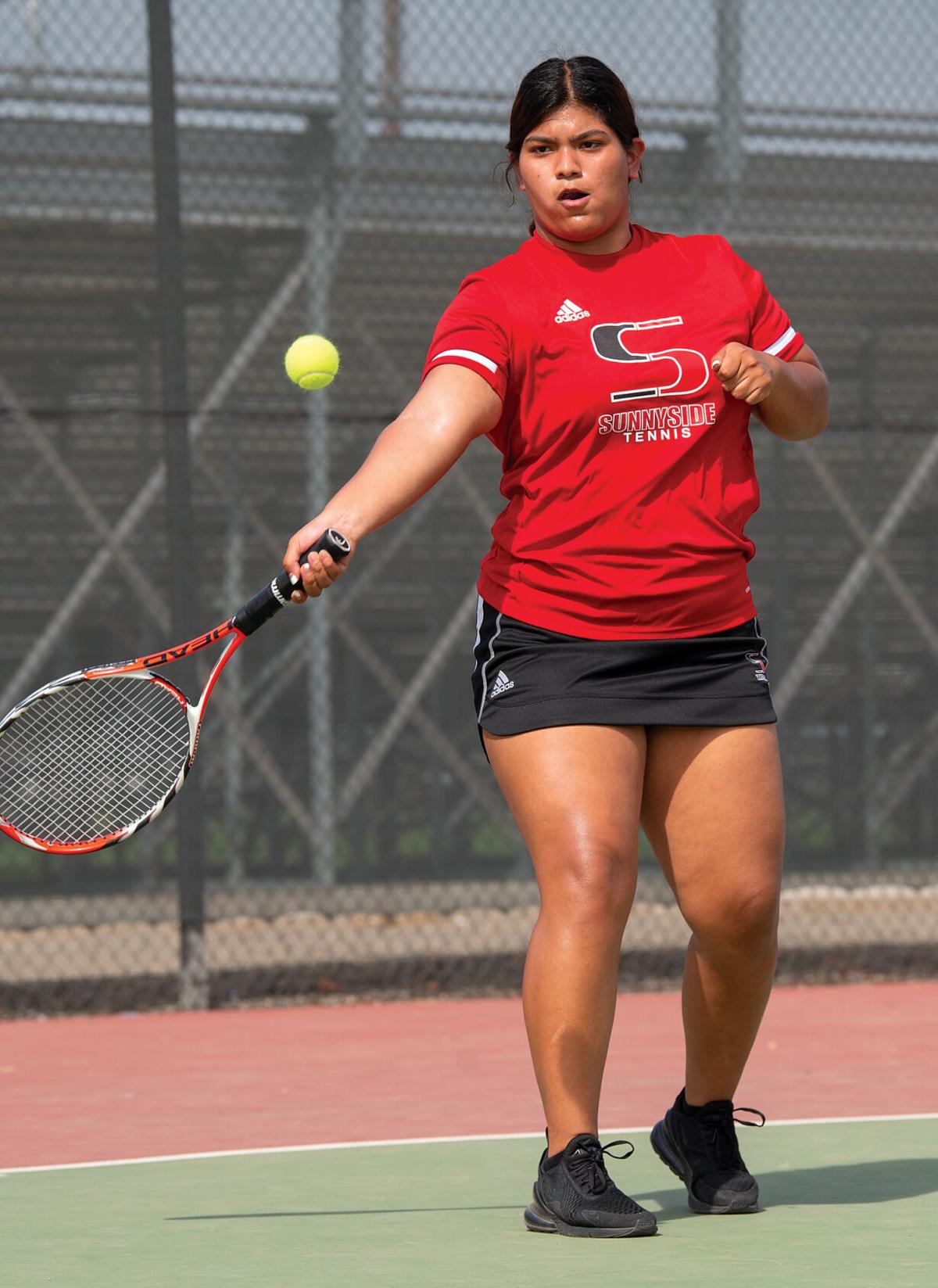 Sunnyside High School senior Hellen Palma uses her forehand stroke on court five during Thursday’s varsity match with Davis. Palma won the match after her opponent had to forfeit due to an injury suffered in their second set. 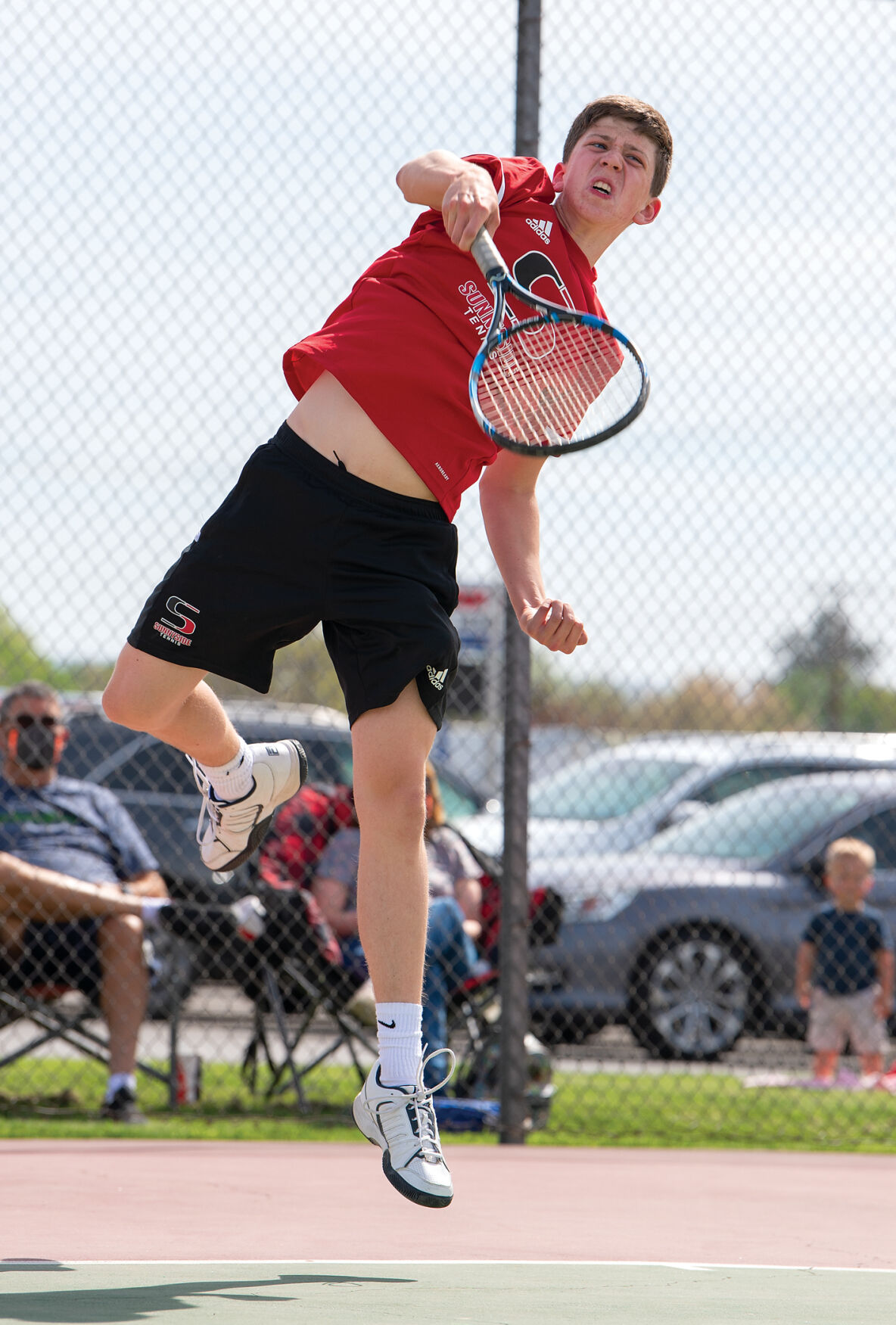 Sunnyside High School senior Hellen Palma uses her forehand stroke on court five during Thursday’s varsity match with Davis. Palma won the match after her opponent had to forfeit due to an injury suffered in their second set.

At the half-way point of the spring season, Sunnyside High School tennis teams are advancing their level of athletic play at the net and rekindling the program’s energetic relevance under the guidance of new Head Coach Hannah Marro.

“The program has been struggling for their first win in a couple of years, so it’s definitely exciting. There’s a new fire in all of them,” Marro stated, who once played Grizzly varsity tennis.

The girls team has three wins and the boys one, which has helped create an enthusiastic and competitive environment that was exhibited during match play against Davis at home on Thursday, April 29.

“The boys made huge improvements from the last time we played Davis, so I’m proud of them,” SHS Director of Student Life and Athletics Dave Martinez communicated on Friday.

SHS junior Simon Copenhaver, following the completion of his varsity match as temperatures reached the low 80s, left court three and cooled off with a big refreshing gulp of water.

“My game has improved a lot since the beginning of the season,” Copenhaver expressed with a revitalized smile.

The upbeat player conveyed he was happy to be back on the court working up a sweat and said, “It was a competitive match and lots of fun!”

He’s been focused on practicing his serve when the team isn’t playing matches on Tuesday and Thursdays.

“My serve has been improving drastically. I managed to ace him a couple of time today and it was a really great feeling,” Copenhaver stated. “It’s great to improve!”

Coach Marro, a fifth-grade teacher at Pioneer Elementary School, indicated the number of participants who turned out for the teams are a little bit down, but their commitment is extremely strong.

The boys’ team is made up of mostly seniors while the girls are comprised more of freshman and sophomores, she said.

“They’ve all been out here with big smiles on their faces and ready to play, and they’ve had great sportsmanship. Tennis is great for making friendships,” Marro, who serves as the sophomore girls volleyball coach, described.

SHS senior Hellen Palma won her match on court five, following the forfeit of her opponent late in their contest. She loves to play tennis and will continue to play the game throughout life.

“The game is amazing. It just makes me feel happy kind of. Tennis is a very fun sport and like being able to hit with someone back and forth makes it fun to play.”

Palma said she was inspired by former coach Macario Solis and his devoted passion for the sport.