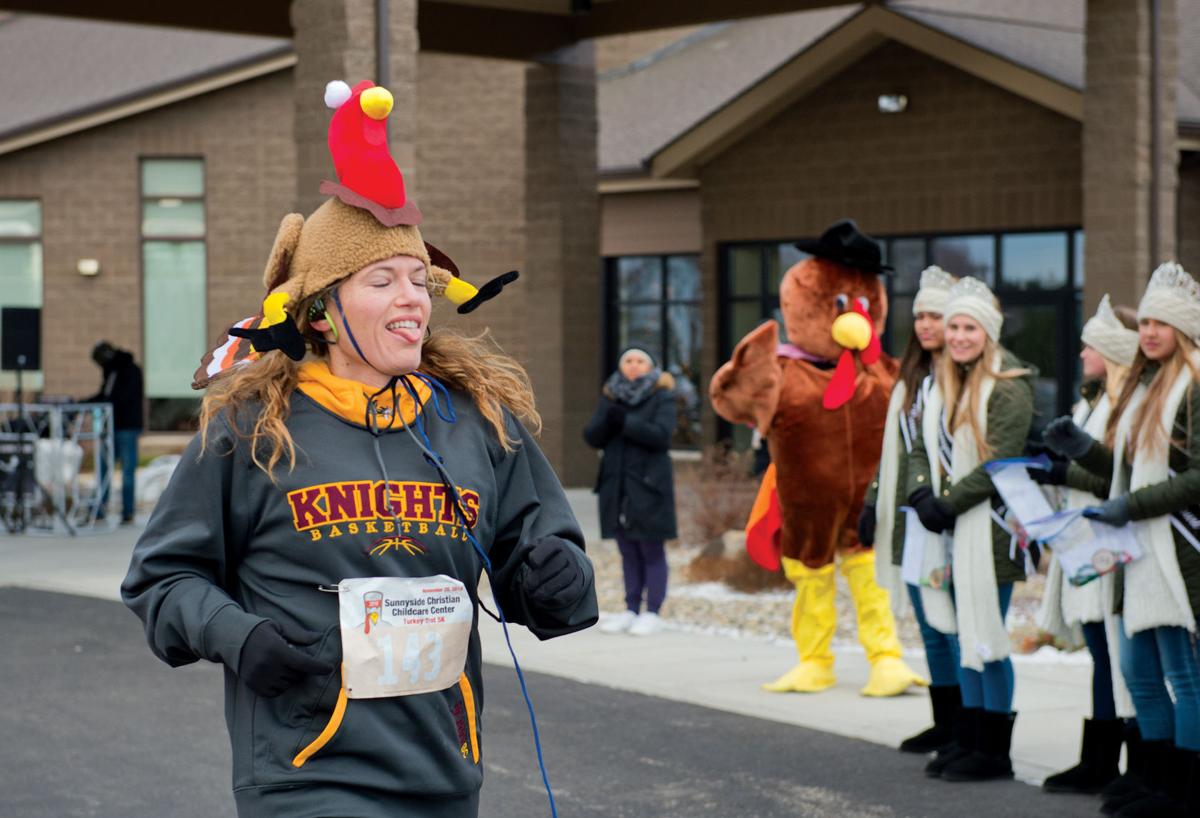 GOBBLE-GOBBLE TRADITION — An additional prize was awarded to the “Best Dressed” Turkey Trotter. 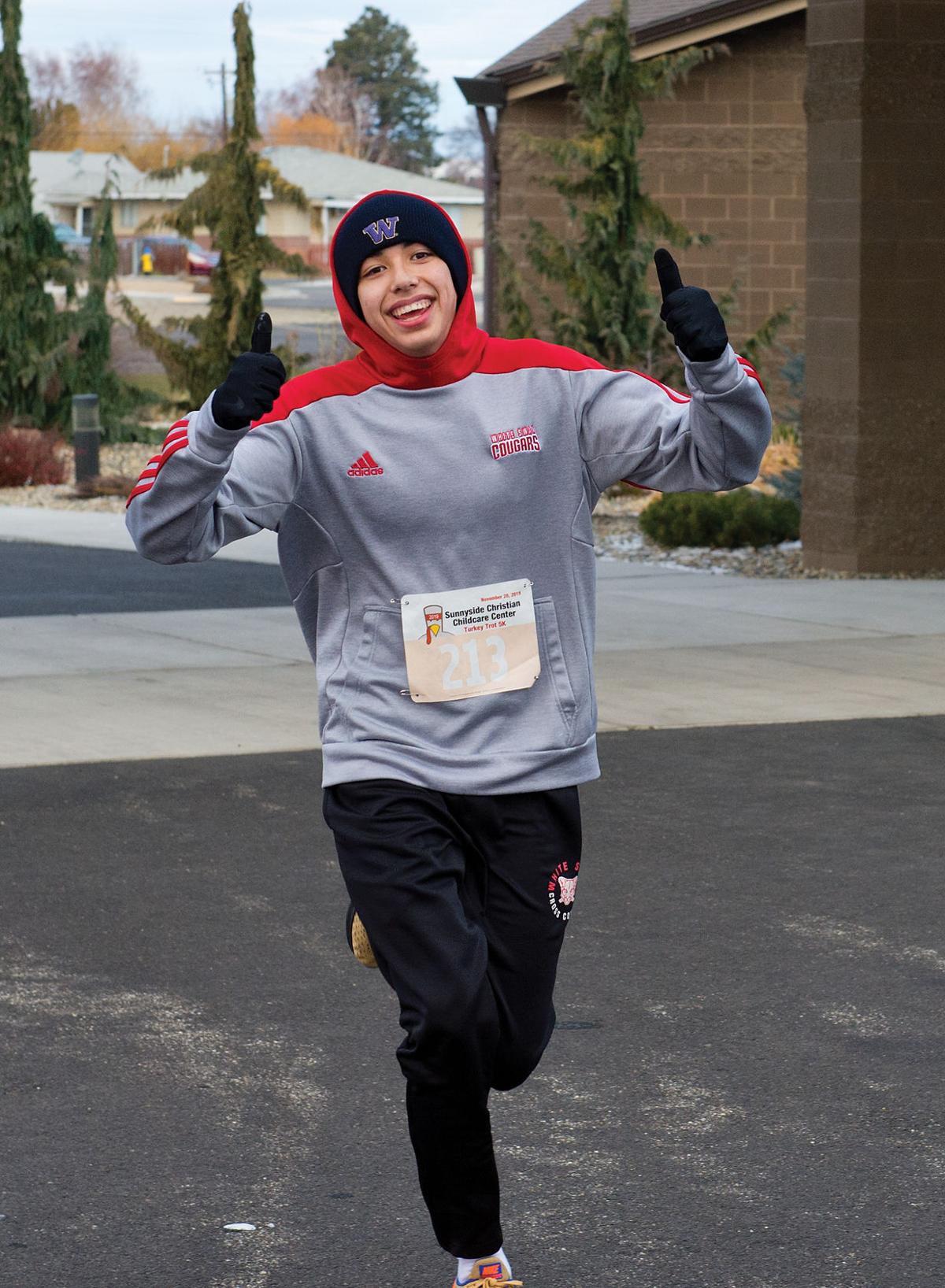 GOBBLE-GOBBLE TRADITION — An additional prize was awarded to the “Best Dressed” Turkey Trotter.

SUNNYSIDE — Following a light sprinkling of snow blanketed the Rattlesnake Hills from the night before in the background, 114 participants dressed up in their warmest running attire and worked up an early appetite during the Sunnyside Christian Childcare Center Turkey Trot 5K on Thursday, Nov. 28.

“I’m a wrestler and my coach said that if you work out early in the morning, you can eat whatever you want all day,” White Swan High School junior Noah Sanchez stated after winning the men’s division with a time of 20:02.

The first-place runner with a smile as big as the finish line said he plans to eat lots of turkey and maybe some stuffing with the whole family.

The registration fee for adults was $35 and $15 for children 12-under receiving a race gear package or free if they opted out of taking the swag..

Entry fees were used to set up a scholarship program to benefit childcare center teachers in furthering their education goals.

Sunnyside Christian High School Brea Rip Sophomore finished first in the women’s division and ran a 24:05. Following her run, the varsity, multi-sport athlete said she enjoys running and recently participated in a marathon relay with four of her friends in October.

“Running early in the morning and with the cold wind blowing in your face, kind of clears your head,” Rip described as her attentions were now focused on having Thanksgiving at her grandparent’s house later in the day.

Prizes were awarded to the top three runners in the men, women and youth (12-under) divisions.

Carly Ooms and her sister Janelle De Groot haven’t seen each other for the past five months, spent the first three miles catching up with one another before the competitiveness between them took hold as they strived to finish ahead of one another.

“A little stretch of bring it back to our childhood came through,” Ooms and De Groot playfully admitted after Carly’s attempted arm bar move was thwarted by Janelle’s strong leg kick at the end. “No, I win. No, you win. No, I win!”

Sorry, there are no recent results for popular images.