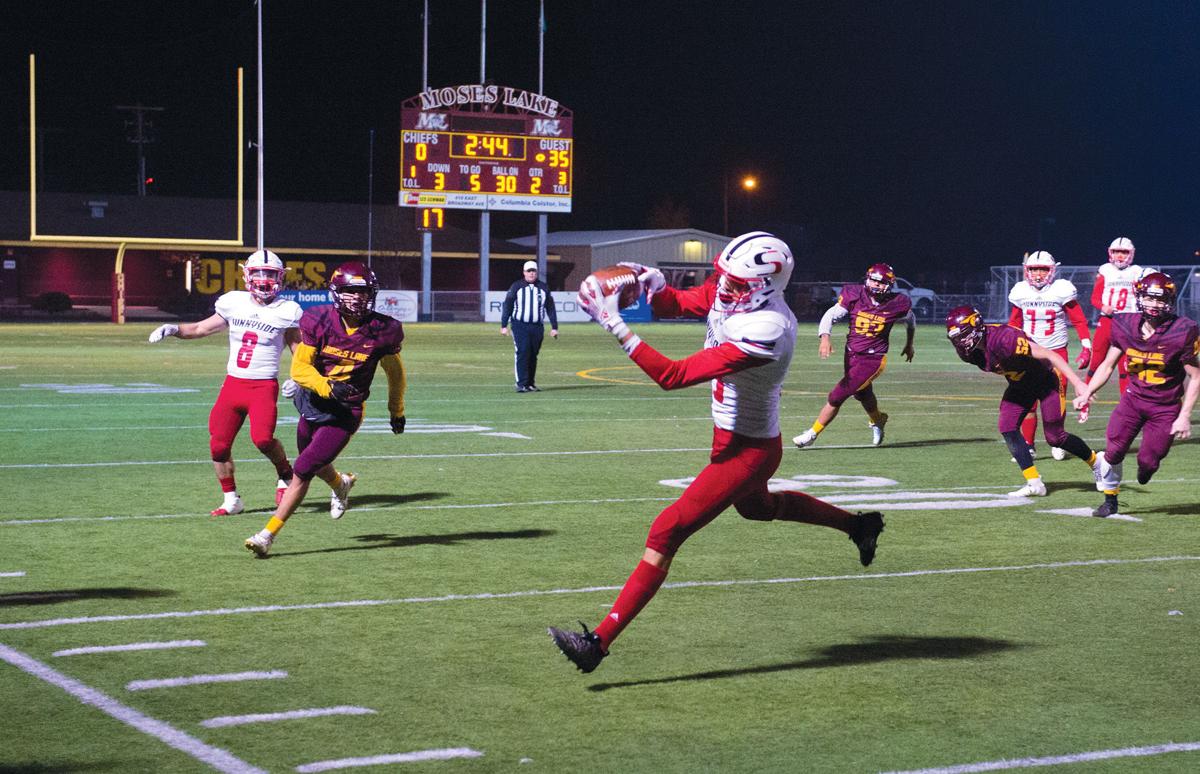 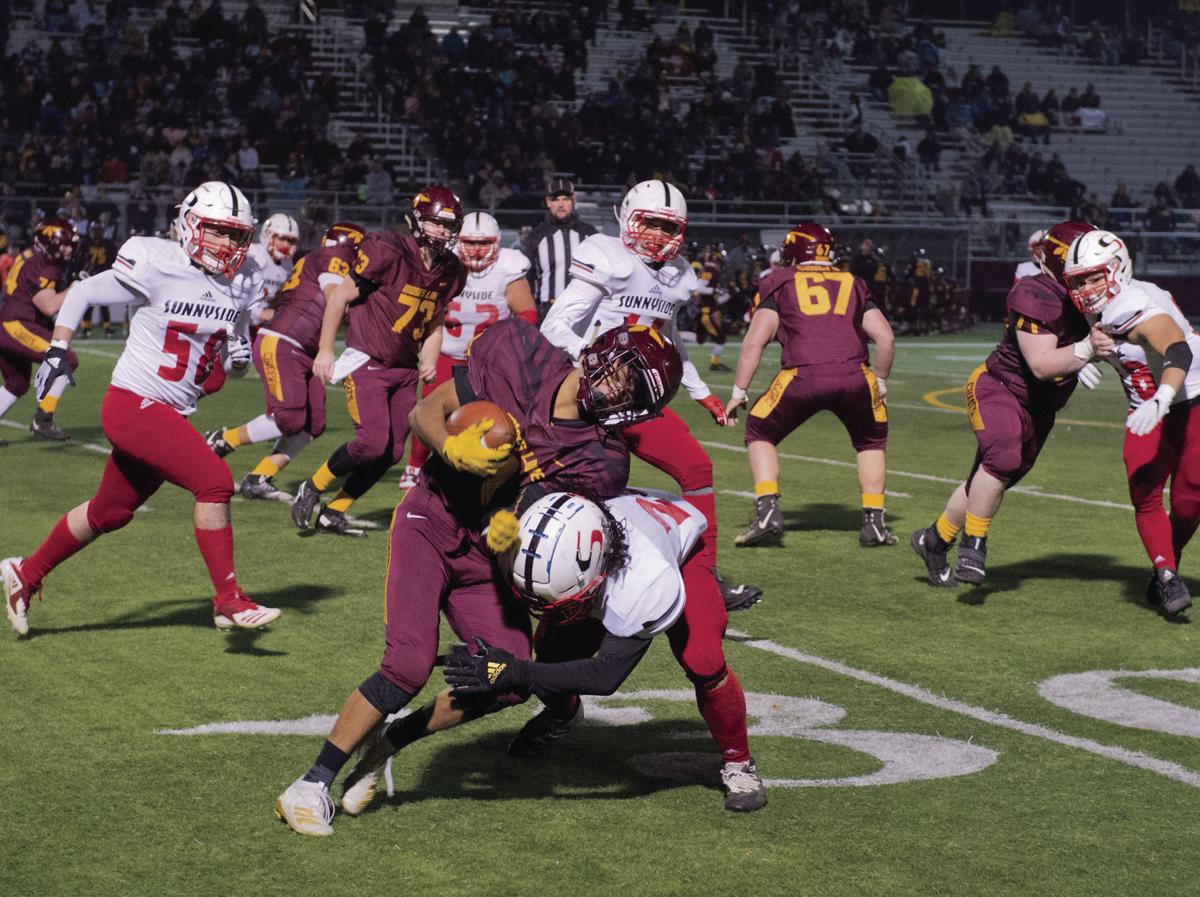 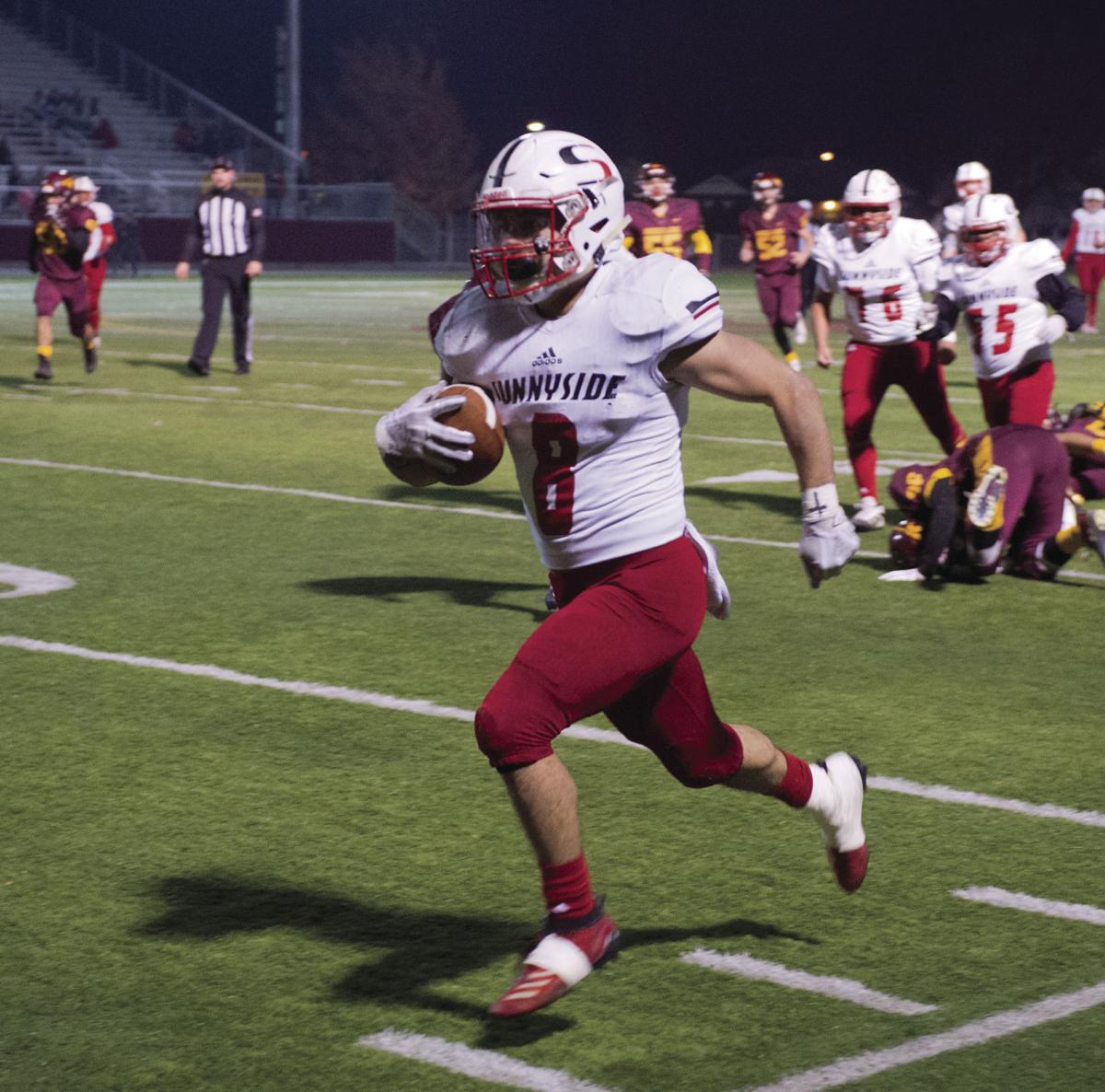 SHS senior running back Arturo Fernandez catches a swing pass out of the backfield and rambles 42 yards down the sideline for a touchdown with 3:21 remaining in the quarter.

SHS senior running back Arturo Fernandez catches a swing pass out of the backfield and rambles 42 yards down the sideline for a touchdown with 3:21 remaining in the quarter.

Sunnyside (5-1 Big 9 and 7-3 overall) wrapped up their successful regular season by finishing tied with Eastmont and Wenatchee.

The Grizzlies received the opening kickoff and the offense was focused on making their big game intentions known.

Senior wide receiver Mike Rivera hauled in a 14-yard touchdown pass from sophomore Logan Rodriguez on the opening drive and 1:46 into the first quarter. The extra point was good, and the Grizzlies led 7-0.

On their second offensive series, Rivera hooked up again with Rodriquez. This time it was on a quick seven-yard slant which the speedster was able to turn up field for a 63-yard TD. Following the successful point after touchdown, Sunnyside was out in front 14-0.

“We’ve got to reset and get ready for Saturday. Bring the heat and take the championship,” Rivera exclaimed. “It’s definitely a blessing. Whatever the outcome, we’re still going to be ready and battle to the end.”

SHS senior running back Arturo Fernandez caught a swing pass out of the backfield and rambled 42 yards for the score with 3:21 remaining in the quarter. The PAT split the uprights and the Grizzlies were up 21-0.

The defense was on their game as they outplayed the Chiefs from the initial snap of the ball until the final whistle, securing the shutout.

Senior Favian Oseguera recovered Moses Lake sophomore quarterback Zach Reyer’s fumble in the end zone with 9:56 left in the second quarter. Another extra point was tacked on and the score was 28-0.

Sunnyside added 14 more points and were ahead 42-0 at halftime.

“I have a lot of faith in our team. . .We’ll be ready.” Rodriguez acknowledged.

When he was asked if they were now planning to take home a conference championship trophy, the signal caller added, “Yeah. It’s going to feel good.”