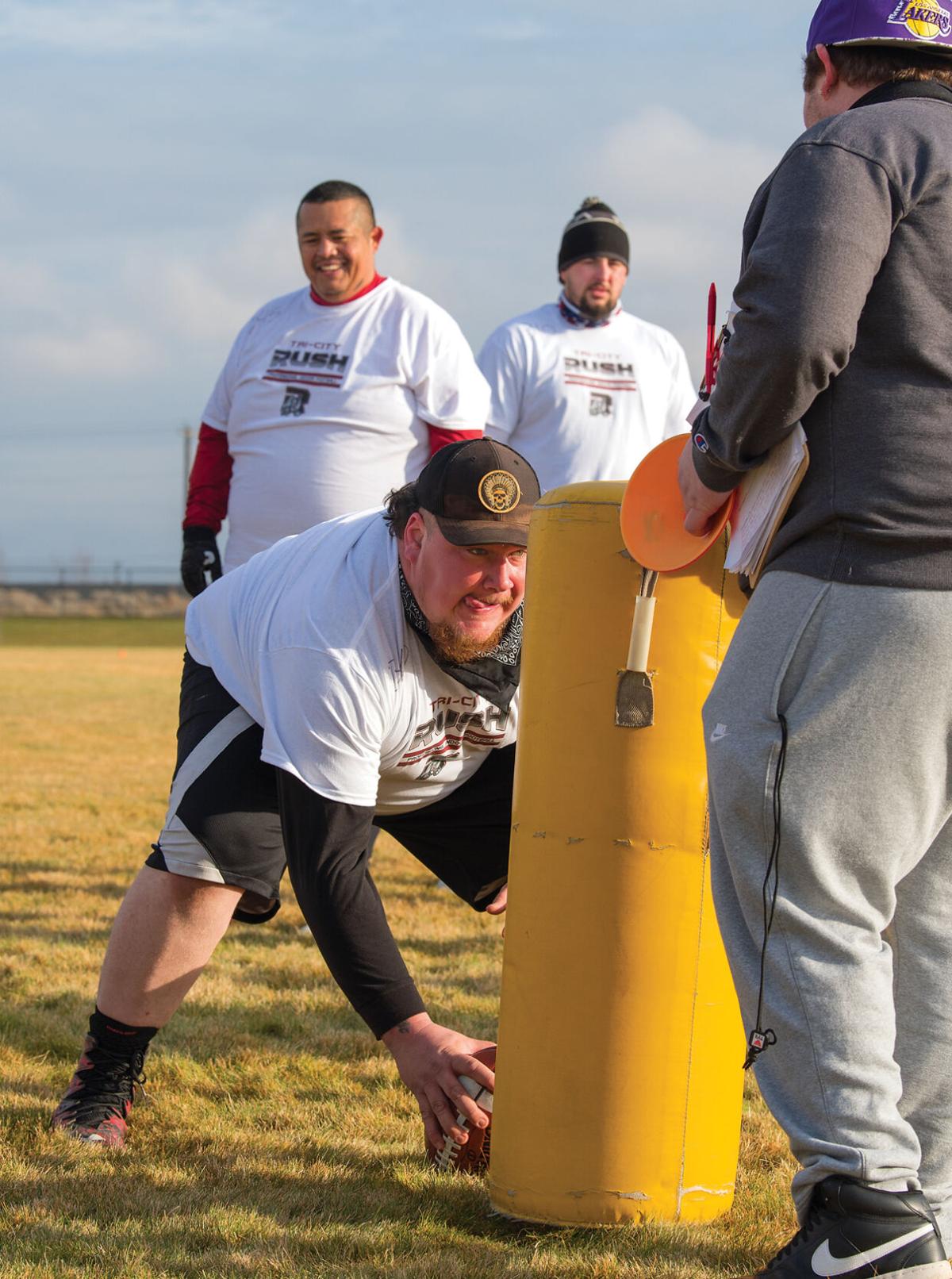 FROM GRIZZLY TO RHINO — Sunnyside 2011 graduate Adam Peters, 28, has continued his football aspirations on the Tri-Cities green. Peters acknowledged, “I have a fresh opportunity to help build a winning organization for the Tri-Cities.” 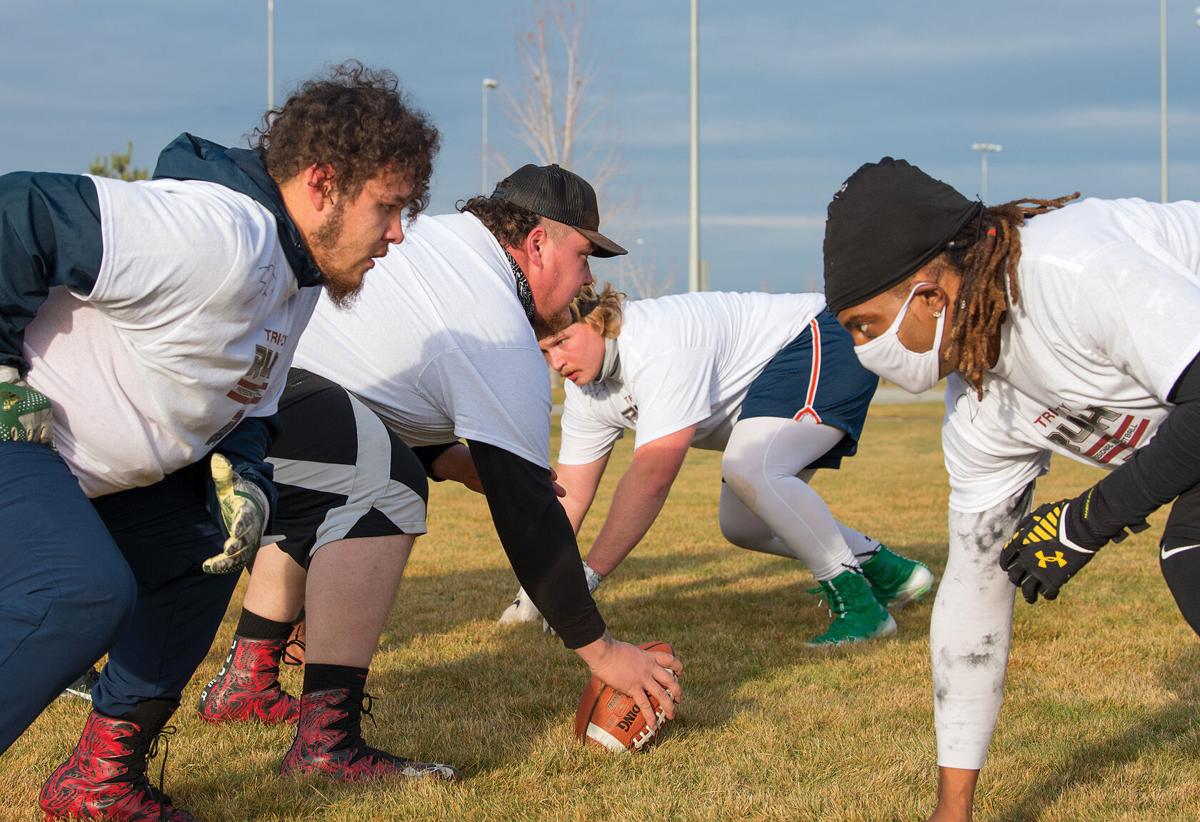 OFFENSIVE LINE SCRIMMAGE — Adam Peters of Sunnyside, center, prepares to snap football in a scrimmage at the Southridge Sports Complex in Kennewick on Jan. 10.

FROM GRIZZLY TO RHINO — Sunnyside 2011 graduate Adam Peters, 28, has continued his football aspirations on the Tri-Cities green. Peters acknowledged, “I have a fresh opportunity to help build a winning organization for the Tri-Cities.”

OFFENSIVE LINE SCRIMMAGE — Adam Peters of Sunnyside, center, prepares to snap football in a scrimmage at the Southridge Sports Complex in Kennewick on Jan. 10.

TRI-CITIES — More than 75 athletes laced up their cleats and participated in the first round of tryouts for the Tri-City Rush Professional Indoor Football organization on Sunday afternoon, January 10, at the Southridge Sports Complex in Kennewick.

“It feels good to be finally out here and working,” former Sunnyside High School football player Adam Peters stated. “There’s a lot of familiar faces and friends, people I’ve played ball with for a while.”

The 28-year-old professional indoor football player was there competing to earn his place on the team when the season commences in May.

He was recently signed by the Tri-City Rush to lead their offensive line in December, according to General Manager Mathew Cooley.

“I have a fresh opportunity to help build a winning organization for the Tri-Cities,” Peters explained. The 2011 Grizzly graduate has been committed about playing the sport of football which he has loved for the past nine years, he added.

“You make relationships with people. It’s like a brotherhood with the players on your team and you kind of make them as your family.”

Peters works for Columbia River Steel Construction in Grandview when he’s not on the football field. The veteran center will be one of 40 players invited to training camp scheduled for April. From there, the Rush will cut their way down to the 25 best players to make the final roster.

The 6’3” and 325 pound offensive lineman was leading the charge and having fun with giving everyone a hard time during the three hour workout.

Everybody talks smack to one another and that’s what makes it fun. That’s the way the brotherhood works.”

“I was excited to see what everyone could do,” Head Coach Brandon Tate said. “We had athletes traveling in and high-profile athletes locally that were able to get their chance to show why they deserve a spot on our limited training camp roster.”

Along with data gathered from the drills, there was a drone flying above the combine style workouts used to record video footage which would assist coach Tate to further evaluate players.

By the end of the workout session, athletes assembled around Tate and took a knee for a moment of silence to reflect on the spirited time they spent together.

Coach Tate voiced how he was impressed by everyone’s competitive performance and their dedication to the sport of football while holding nothing back.

“There were a lot of faces I hadn’t seen in a couple of years and they brought their kids with them,” Peters reflected as he grabbed a water bottle for a drink. He added there were a number of young guys out on the playfield not only trying to impress the coaches but to take his job.

“Everyone’s dream is to get paid to play football and today, somebody is taking their dream a step further,” coach Tate described.